Gowda was speaking at 55th Valedictory of FAI Annual Seminar

by Staff Reporter
in Fertilizer
0

The Union Minister for Chemicals and Fertilizers, Shri D.V. Sadananda Gowda addressing the Valedictory Session of the Fertilizer Association of India (FAI) Annual Seminar 2019, in New Delhi on December 04, 2019.

Addressing the Valedictory Session of the Fertilizer Association of India (FAI) Annual Seminar on ‘New Approach to Fertilizer Sector’, in Delhi on Wednesday Minister of Chemicals & Fertilizers, DV Sadananda Gowda stressed the need for newer forms of fertilizers to be developed and introduced, which could be more effective than conventional fertilizers and yet friendlier to ecosystem.

In this context Gowda lauded the efforts of IFFCO in taking initiative to develop a newer form of fertilizers, called ‘nano fertilizer’. He expressed happiness that these fertilizers will not only be more effective and environment friendlier, but will also help in reducing the subsidy burden of the Government. He said that the Prime Minister has also emphasized on the need for innovation & technology for accelerating progress, quote govt agencies.

Gowda said it is the Government’s effort that there is an adequate provision for fertilizer subsidy and payments to the industry are made promptly. The Minister said we have also to keep in mind the fiscal limitation of the government.

“India is a country of 1.3 billion people, which is set to rise to 1.5 billion by 2040. Providing food security to such a big population is the prime responsibility of the Government”, he added.

Fertilizers play an important role and act as an important input in agricultural production, so achieving self-sufficiency in domestic production is necessary, he added saying govt’s relationship with the fertilizer industry is unique, as the support of the industry is required in enhancing food security.

Emphasizing on the role of fertilizers in food security, Gowda said Prime Minister Narendra Modi has called for reduction of use of chemical fertilizers by at least 10%. The Minister said the industry leaders should take a lead in organizing awareness campaigns among farmers to promote a balanced use of fertilizers.

Prof. Ramesh Chand, Member, NITI Aayog, K.S.Raju, Chairman and representatives of the industry were also present on the occasion. Prof. Ramesh Chand stressed on the optimum use of fertilizers and said fertilizer use should be accompanied with specified use of organic manure to replenish the organic matter of soil. 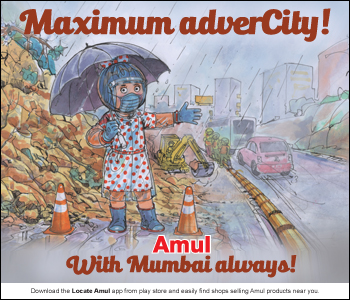