by Rohit Gupta
in Featured, NLCF
0

National Labour Cooperatives Federation of India (NLCF) the apex body of labor cooperatives organized its 40th Annual General Meeting at its headquarters in Delhi amid hope and despair. Hope because it is finally trying to stand on its own feet and despair because of the continued government apathy.

AGM was chaired by Vice Chairman W.Z.Tekam as chairman Sanjeev Khushalkar could not make it owing to some family emergency. It was also an AGM in which the familiar face of R M Pandey was missing as he breathed his last in August due to a massive heart-attack. He had retired recently from NLCF.

Care-taker MD Pratibha Ahuja informed the delegates that in the last financial year NLCF has incurred a loss of Rs 23 lakh. The figure was 11 lakh a year before and she blamed it on the dwindling govt grant. There was a grant of Rs 7 lakh for SC/ST and Tribal Sub Plan but no grant for general activities, she revealed.

Speaking on the occasion Vice Chairman W.Z.Tekam said a detailed proposal for releasing grant-in aid to execute the promotional activities has been submitted to the Ministry. Also, NLCF has conducted five leadership development training programmes and seven programmes aimed at creating awareness among members. A regional workshop on labour contract for North Eastern State was also organized in Gangtok in collaboration with Education Fund maintained by NCUI, Tekam said.

Besides Tekam, other Directors present in the AGM included Ashok Dabas, Ramesh Ramhutt, K.lingaiah and others. 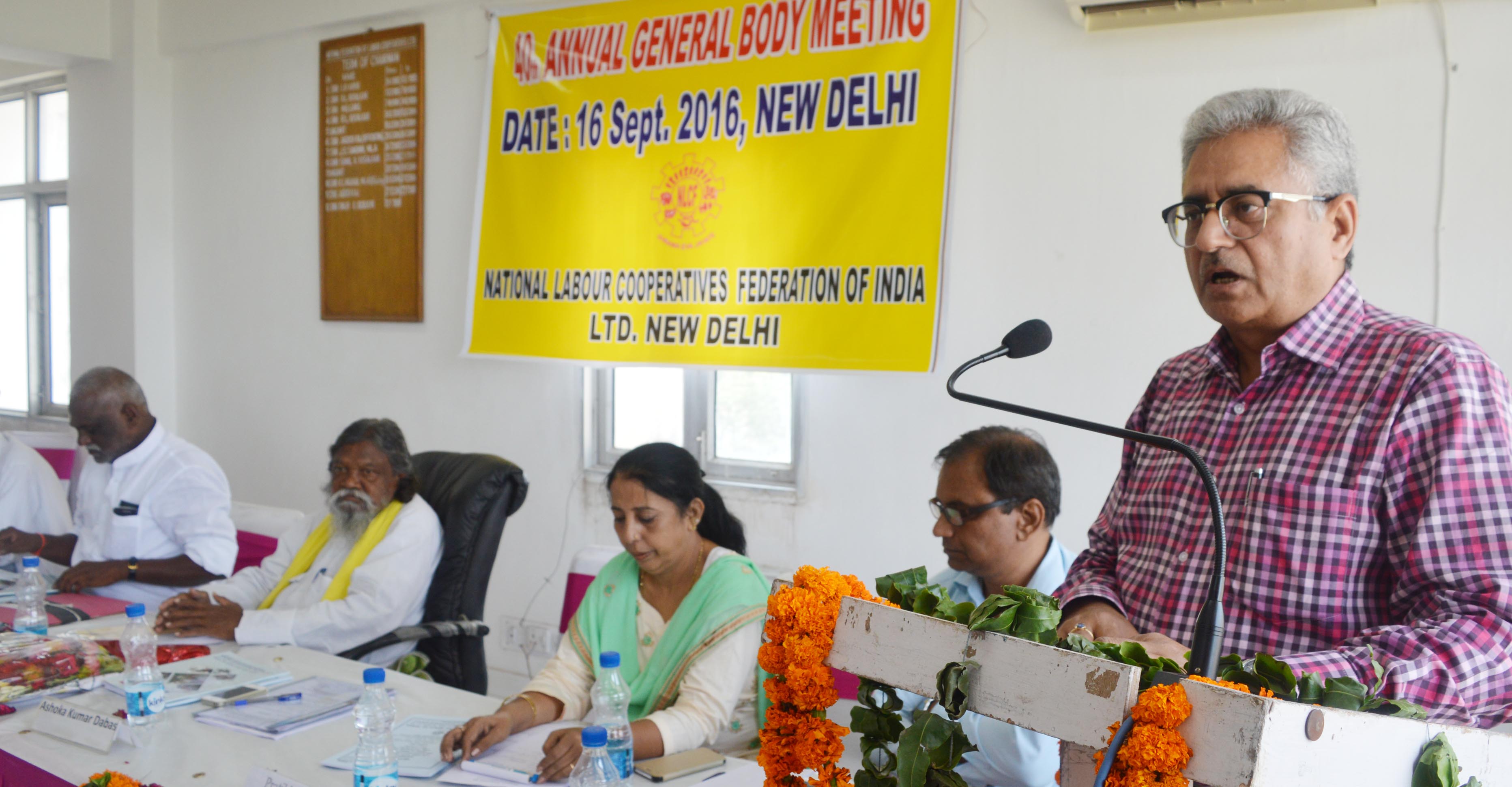 More than 90 delegates from across several states participated in the AGM.

NLCF, Director, K.lingaiah said cooperators should take advantage of the latest govt order in which 40 percent reservation for the SC/ST societies has been made in PSUs such as NTPC and others. He urged delegates to get themselves registered online.

Ashok Dabas informed the delegates about the initiative at NITI Aayog. “We have submitted an application for setting up of Atal Incubation Centre. It is Rs 20 crore project in which we have asked for Rs 10 crore from the govt and the remaining Rs 10 crore would be invested by us. This project will be a milestone for the labour cooperative, said Dabas in the meeting.

Dabas also referred to a high-profile programme of NLCF in Kozikode in which a two day workshop was organized jointly by ICA-AP, National Labor Co-operative Federation of India (NLCF), and the ULCCS in Kerala.

Several delegates also spoke on the occasion. Rajesh Katre from Maharashtra said there is need to save the SC/ST labour cooperative societies, another delegate spoke on the decreasing forest cover and so on.