NCUI: Chandra Pal on his toes 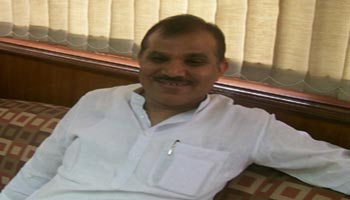 The President of National Cooperative Union of India NCUI Dr Chandra Pal Singh is a harassed man today. The change of guard at the Centre and the unhindered interferences of bureaucrats in the cooperative affairs have kept him on his toes in the recent past.

While on Wednesday he rushed to Chandigarh seeking business for Nafed, a couple of days ago he met Ram Vilas Paswan defending the case of NCCF. Earlier, he led a delegation of the cooperators to meet Union Minister Radha Mohan Singh batting for cooperatives and cooperators.

His Chandigarh trip was a success, said one of the cooperators accompanying him. Nafed big-wigs such as V R Patel, Bijender Singh and Sunil Singh accompanied him in this trip.

As a result of his negotiations Punjab Chief Minister Parkash Singh Badal has decided to urge the Centre to add maize to the crop procurement list of National Agricultural Cooperative Marketing Federation of India (NAFED), so that the cooperative can procure maize from the state.

In the meeting with Union Minister Ramvilas Paswan in which again a team of cooperators including Virendra Singh and others accompanied him, Chandra Pal narrated the story of bureaucratic high-handedness in NCCF from the word go. Paswan is said to have lent them a sympathetic ear and has assured full support.

But the meeting with Radha Mohan is said to be not that effective partly because the Minister was somewhat indisposed. The hang-over of Mohan Mishra episode was also there to allow any meaningful discussion, though NCUI leadership had earlier honoured Minister by not disturbing Mishra.

Talking to Indian Cooperative NCUI President said that the meeting with the Minister  was fruitful. We apprised the Minister primarily on Nafed’s state of affairs. I requested the Minister to punish those who are guilty but support the agri-cooperative Nafed to grow and flourish, Chandra Pal said. I am happy with his response, he added.

On issue of bureaucratic interference in cooperatives, Chandra Pal said to Indian Cooperative that “we would take these up later”.

The change of guard and rising interference of RSS in the affairs of the government have created trouble for the established cooperative leaders in the country. Unable to find a toehold in the new dispensation so far, NCUI President and his team are making all-efforts to remain in currency.