Sahakar Bharati President Ramesh Vaidya bagged the Karnataka Rajothsava Award 2019 for his contributions to the cooperative sector in a function organized during the foundation day of Karnataka state held in Ravindra Kalakshetra in Bangalore on Friday.

The award was given away by Karnataka Chief Minister B S Yediyurappa and Karnataka Kannada and Culture Minister C T Ravi was also present on the occasion besides other eminent dignitaries.

An enthusiastic Vaidya talking to this correspondent on the phone said that, “It’s a proud moment for the cooperative sector especially for Sahakar Bharati. It is the for the first time that a cooperator has bagged the award created by the Karnataka govt. ”.

“The awards are presented in Bengaluru by the Chief Minister of Karnataka on 1 November of every year which is celebrated as the Karnataka state foundation day. Each award consists of a cash reward of Rs 1 lakh, a 20-gram gold medal and a citation”, he added.

Vaidya further added that, “In addition to that, the government has in the past, allotted commercial land for eligible awardees. Its second highest civilian honor is conferred annually by the Karnataka Government on the occasion of the establishment of the state on 1 November celebrated as the Kannada Rajyotsava.

He has been active in the cooperative movement since 35 years and earlier IFFCO conferred Sahakarita Bandhu Award on Ramesh Vaidya on the occasion of their Golden Jubilee Year.

Ramesh Vaidya hails from a farmer’s family and had his early education in his village. Even during his student days, he continued to be actively involved in farming activities and over a period of time emerged as a leader of Primary Agriculture Societies in Karnataka.

Vadiya is the Director of Karnataka State Horticulture Federation Ltd. He has also been on the board of Koppal District Agricultural Marketing Society Ltd from 1999.

The Karnataka Rajyotsava Award was instituted in 1966 to be awarded to citizens of Karnataka in recognition of their distinguished contributions in various spheres of activity including the Arts, Education, Industry, Literature, Science, Sports, Medicine, Social Service, Public Affairs, Cooperation etc. 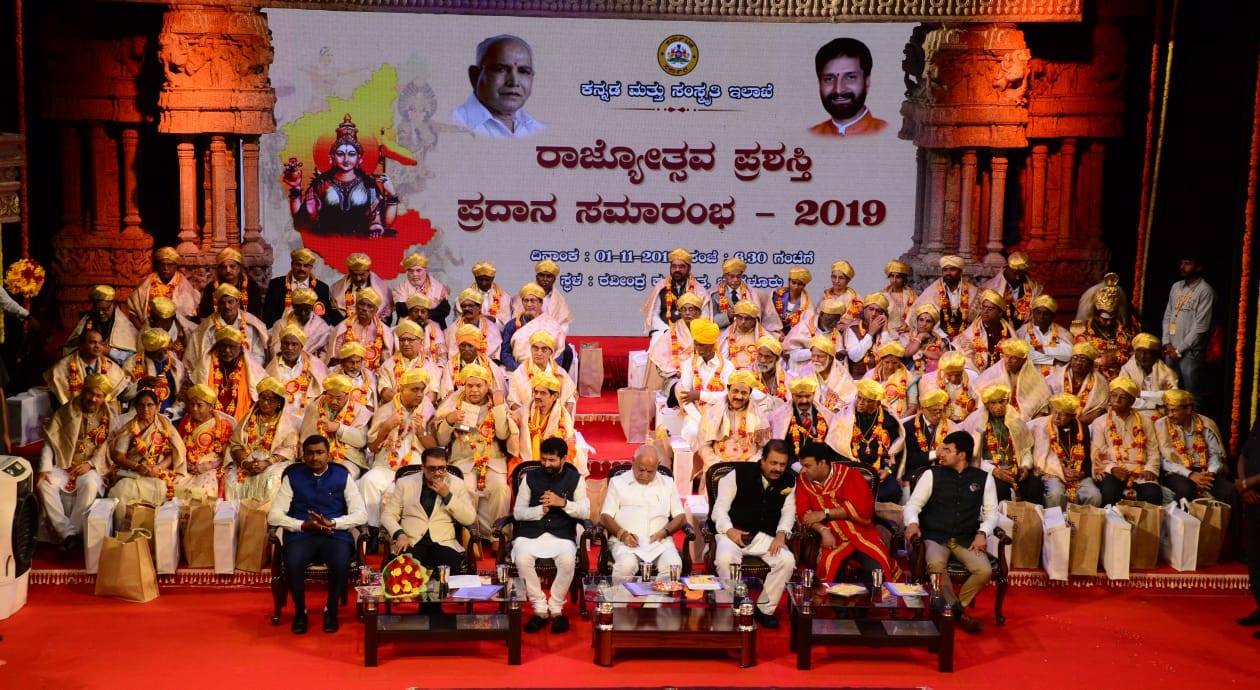