by Rohit Gupta
in Agriculture, Featured
0

Our scientists are engaged in innovative researches in Science and Technology and they are appreciated at the international level for their work, he added. At the event, 122 awards were presented for excellence in 19 various categories. It includes 3 institutes; 2 AICRPs; 12 Krishi Vigyan Kendras; 19 farmers and 80 scientists, including 30 women.

The Minister congratulated the three best-ranked Universities, Official Language Awardees and other winners for their outstanding achievements and contributions. Junior Ministers including S.S. Ahluwalia, Parshottambhai 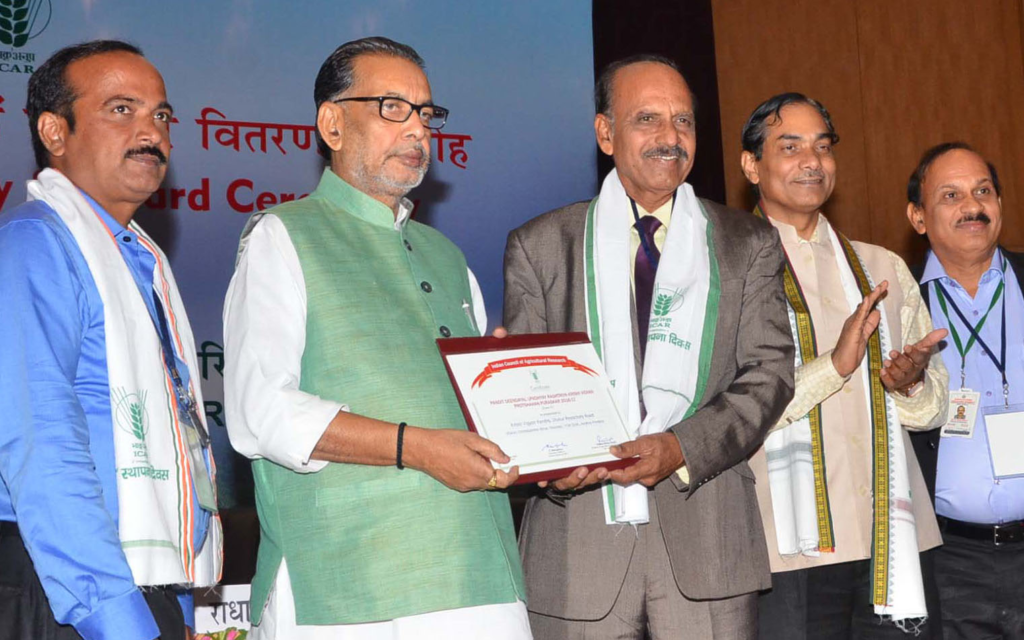 Dr Trilochan Mohapatra, Secretary (DARE) & Director General (ICAR) and Vice Chancellors of Agriculture universities were among those who attended the function. .

ICAR’s contributions in Green Revolution received a special mention on the occasion. The Minister expressed hope that young researchers will take the initiative to ensure the success of government schemes.