The last phase of elections of the Primary Agriculture Cooperative Societies- a mammoth exercise by any standard, was concluded on Tuesday with sporadic cases of violence reported from some parts of the state.

According to media reports two groups clashed during the ongoing election of PACCS in Salimpur in Bakhtiarpur block in Patna District. The police have arrested three persons involved in the incident. There was use of gun fire in the clash between the two groups.

It is being reported that one of the groups had taken hostage the presidential candidate of PACS. After getting information about the candidate being held hostage, the local SP started raiding areas in Vaishali Samastipur and detained the three accused.

In another tragic incident Shivshankar Tiwari, a candidate for the post of President of Bharsar PACCS of Piro Block, died of heart attack at the voting centre. Tiwari was a strong contender for the post of president in the PACCS elections, say his supporters.

Along with the voting, the results from counting of votes for the fourth phase of PACS were also declared on Tuesday.

The other report says, “In the fourth phase, counting of PACS elections held on Sunday in Naugachhia, Goradih and Rangra blocks of the Bhagalpur district was held on Monday amid tight security. In these three blocks, the elections held in 18 PACCS out of which 12 societies had the same old people occupying the post of president.

Report coming in from Purnea district says “The election for PACS held on Tuesday in the six panchayats of the block concluded under tight security. Over 63.59 percent voting took place. “6136 voters cast their votes out of a total of 9654 voters”, the report added.

It bears recall that there are over 8,034 PACCs in the State out of which 7,000 societies’ elections were concluded 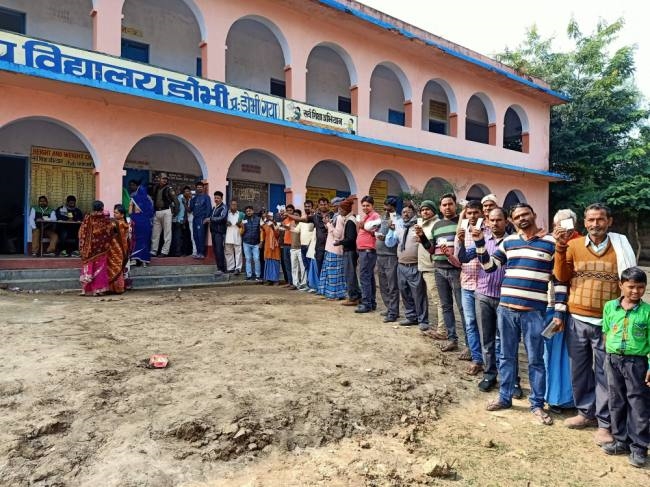 on Tuesday. The remaining societies’ elections are not being held because of the non-completion of tenures, defaulters and many other reasons.

Bihar is one of the few states which set up Election Authority at a time when cooperators hardly knew about it. The idea of Election Authority was later incorporated in 97th Constitutional Amendment which, among other things made, forming cooperative a fundamental right. Nitish deserve kudos for the same.

Pre-Budget: Poor show by co-ops as only NCUI & IFFCO invited