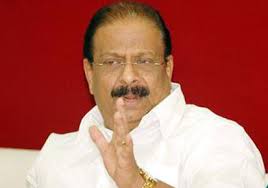 Former Cooperation Minister G. Sudhakaran said the amendment was part of a move by the RBI and Nabard to choke the cooperative movement in Kerala.

Some members opposed to the bill went so far as to say the amendment made could only spell trouble for the state’s cooperative movement -something the RBI and Nabard had long been up to.

Terming the Opposition’s concern baseless, V.D. Satheesan said the proposed reforms would help to bring cooperative banks out of the red and avoid financial mismanagement.