COBI conference is in progress

COBI cooperators who left for Berlin as reported earlier in these columns are busy meeting their counterparts in Europe. COBI has organized three-day conference along with field tours to understand the operations of banks in Europe.

Some from among the 25 cooperators strong team are active on social media and are posting photographs of the meeting as well as the details of their activities.

There are representatives of all kinds of co-op banks from India. The delegation consists of several notable cooperators including Chandra Pal Singh Yadav, Dileepbhai Sanghani, Bijender Singh, Sunil Singh, B D Sharma and others.

Several banks of Europe are also participating in the conference as is clear from the posts of many participants. The photographs show white-skinned Europeans seating with desi cooperators.

COBI holds such conferences every year and the practice was started by none other than the founder Chairman Vishwanathan.

Back in India COBI is also making desperate attempt to gain banking license from RBI and its leaders have met everybody from Suresh Prabhu to Prime Minister Narendra Modi in this regard. Its leaders argue there is a long-felt need for a national level apex body for co-op banks. 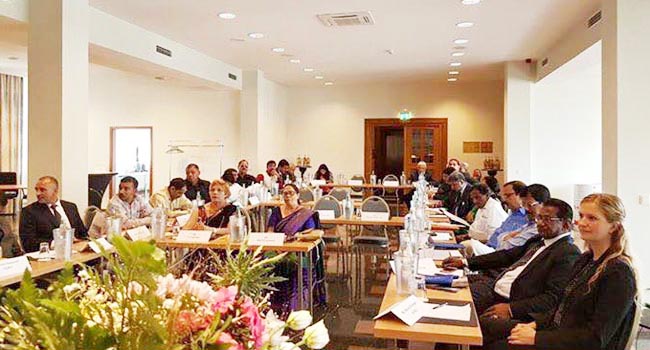