Lack of credit for poor motivated me: Shetty

As the chief of a municipal govt Thimmaiah Shetty had been saddened by the non-availability of easy credit for the urban poor. This made him feel determined to start an urban cooperative bank that would meet their credit needs. And here he stands as the Chairman of Manvi Pattana Sahakari Bank in Karnataka, a cooperative bank that has been lauded by many including Sahakar Bharati patron Satish Marathe.

”I found at that time it was very difficult to get finance, during that period providing finance to small and the weaker sections as well as those without jobs was a difficult task. Though, the Central and state governments would sanction loans to the poor but no banks were willing to provide loans”, he said narrating his experiences.

”In 1995 we applied for license and the same year we got it from the Reserve Bank of India and soon we started doing banking business with a share capital of about 6 lakh rupees having 1,000 members. The bank has established itself as a leading financial service provider in Raichur’, he said in an exclusive interview to Indian Cooperative.

”As part of the financial inclusion program, we have decided to cover small and women entrepreneurs in our operational area with small credits, “Promoting Livelihoods” in the month of November 2014.” he said.

”We are providing Micro Finance to enable women to start business. Till now we have given loans to the tune of Rs. 20 crore out of which Rs 9 crore has already been recovered,” he said.

The bank offers a world-class infrastructure for its customers to conduct their banking transactions. The bank is 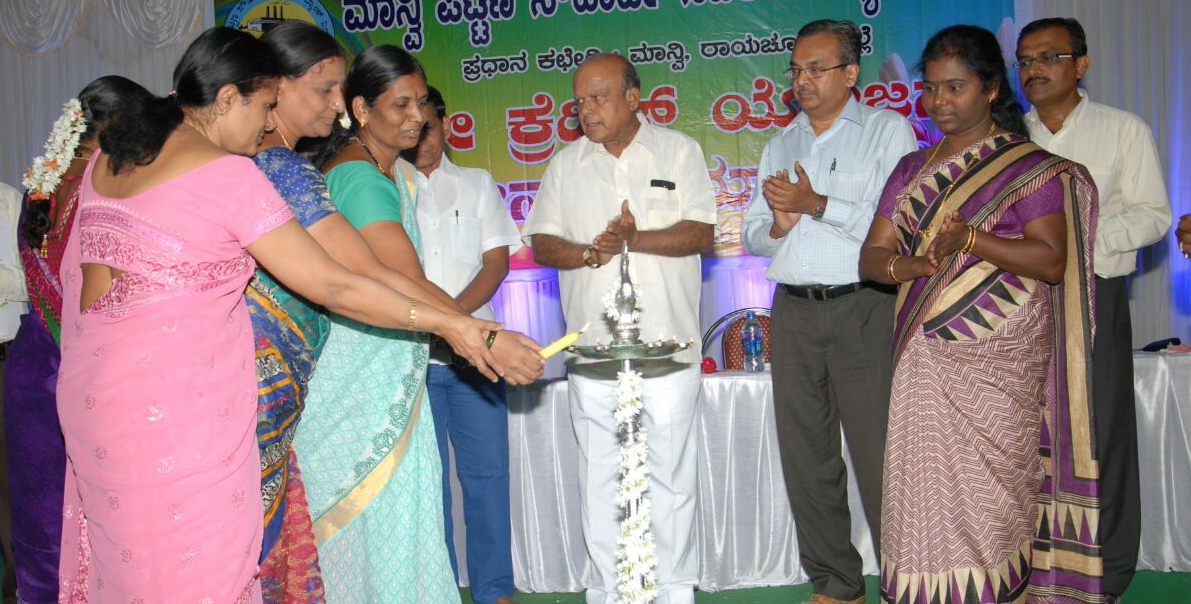 providing ATM facilities in all the branches, and customers can draw money across India, he claimed.

Karnataka based UCB will soon launch Mobile banking facilities and next year it will apply for license for opening new branches for expanding its business.

Shetty who was the chairman for more than 20 years, said when the government of India amended the 97th constitutional amendment to give autonomous power to cooperatives why state governments are interfering in the affairs of cooperatives which is against the principle of the amendment, he asked.

Under the Company Act, companies are getting registration and running business worth thousands of crores but there is nobody to oversee there business activities. Why is the government wasting its time on cooperative affairs when it has no share capital, he wondered. The government should not interfere, he demanded.

The Reserve bank of India should allow cooperative banks’ directors to give secured loans on their share capital, he felt.

”We are providing Medical Claim up to 2 lakhs, housing loans at concessional rates to the bank employees. The Bank is giving 20 percent dividend to its members”, he added.