Gautam Thakur says no one from the Daily talked to us

Reacting to the Business Standard news item in which the two leading UCBs- Saraswat Bank and Cosmos are said to be eager to acquire universal banking license, Cosmos Bank said there is no truth in the news item and the UCB has no such plan.

Gautam Thakur, Chairman of Saraswat Bank was equally surprised when this correspondent asked his reaction on the news item. “I have not heard of it and nobody from the newspaper has contacted me so far”, he sounded surprised.

Talking to Indian Cooperative Mukund Abhyankar, whose panel grabbed the top posts in the recently held elections in the UCB said “Our focus is on overcoming cyberattack losses first”.

Abhyankar said the Bank is indeed thinking of passing a special resolution for creating a BoM as desired by the RBI. “We plan to call a Special General Body Meeting and pass a resolution for the creation of BoM but that would happen only in March end”, he stated.

According to a report appearing in BS, the two leading UCBs are said to have sought RBI approval to convert into full-fledged commercial banks.

It quotes “Saraswat Bank is likely to submit its application to the RBI by the second half of 2020-21, while Cosmos Bank is currently working to strengthen its information technology systems, particularly on payment and remittance front”.

Abhyankar, however, admitted that the Cosmos Bank will take a call on the matter only after watching the steps of the Saraswat Bank. 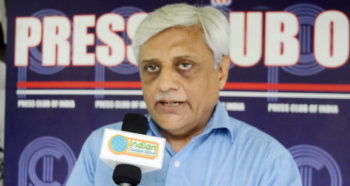 Reacting on the issue, NAFCUB President Jyotindra Mehta said currently there is no proposal from RBI to convert to commercial banks. There is a proposal for conversion into small finance banks but the norms therein do not suit big players like Saraswat Bank or Cosmos Bank, he added.

Mehta said there are several provisions including the condition of loaning 75% to priority sectors and that too within the limit of Rs 25 lacs, that would not be conducive to their growth. It would be detrimental to them and their members, he underlined.

“There is no issue with BoM but the major issue is severe limitations imposed on UCB in a recent diktat of RBI”, he said adding that several representation opposing the idea have been submitted before the cut-off date of January 20.