The story of Amreli Jilla Madhyastha Sahakari Bank shows how a determined leadership could use the power of the cooperative model to deliver goods to farmers and poor sections of society. While disbursing loan at the rate of one percent it is able to meet members’ expectations as well. It gives them annual dividend of 15 per cent.

One of the foremost banks to introduce Kisan Credit Card the idea of KCC struck its Chairman Dileepbhai Sanghani a well-known cooperator during a foreign tour.” I saw Kisan Credit Card in operation and on my return wrote letter to Narshimha Rao’s Government appealing to it to launch Kisan Credit Card but to little avail”, Sanghani said.

When Atal bihari Vajpayee became Prime Minister he implemented the Kisan Credit Card to help farmers access timely and adequate credit, then I was a Member of Parliament, he added.

When I took charge as bank chairman the financial position of the bank was ok with a turnover Rs 42 crore. It had 22 branches and loans were given to farmers at a very high rate. But presently the bank’s turnover is Rs 1600 crore and it has 72 branches in Amreli District. We give loan at 1 percent. The bank is distributing 15 percent dividend to the member societies,” said Dileepbhai Sanghani.

In the technological era, the bank has adopted latest in the field. Bank is having 71 branches and Head Office is

Recounting his initiative, Sanghani said ‘in 1992 four urban cooperative banks of Amreli District were in bad shape while our bank Amreli Jilla Madhyastha Sahakari Bank was going strong as today. These non-performing banks were controlled by Congress leaders yet we provided them bailout packages without thinking on political lines.

Government should give rebate on Income tax as it was done at the time of the Atal Bihari Vajpyee government. There should be strict action taken against cooperatives that are indulging in wrong practices but should not blame the whole cooperative movement, Sanghani Said. 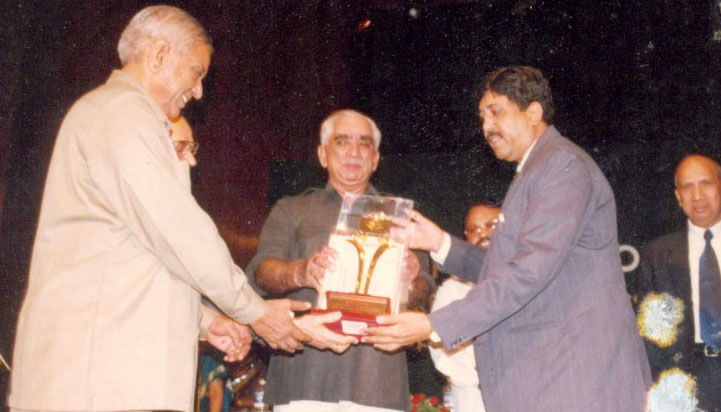 The Reserve Bank of India should give benefits to cooperative banks on the lines of commercial banks because both serve the people of India, he added.

husbandry in Amreli district will be provided with loans at 3 percent for buying 10 Animals.

We have tied up with Life Insurance Company in 1996 to secure the employees after retirement. In 1996 LIC demanded Rs 2 crore as premium. We gave one crore on four weeks’ time. Now, every year we are paying upto one or two lakh rupees to the insurance company.

The National Bank for Agriculture and Rural Development Performance award for the year 1999-2000 was bestowed on Amreli Jilla Madhya Sahkari Bank in recognition of its performance in dry land areas.