The NAFCUB election campaign has entered into a phase where leaders seem to be going beyond the boundaries of polite electioneering. While Jyotindra Mehta’s panel accuses Abhyankar of derailing the growth of urban co-op banks, the latter talks of Mehta and his team having done no good to the sector so far.

Amidst all this, a letter doing the rounds in the relevant circles accuses the outgoing board of wasting Rs 10 lakh on court cases just to keep Abhyankar out.

Reacting strongly to the charges, Jyotindra Mehta who has the majority support of the outgoing board says” what is important money or the future of the urban cooperative sector? It was a fight to the finish story in which Mukund Abhyankar tried to destroy the UCB sector by agreeing to conversion of UCBs into Private Banks, Mehta recalled.

Abhyankar is also accused of lying in this episode. He was a member of RBI’s high powered committee as a Nafcub representative but when push came to shove he declared he is part of the Committee on account of him being an expert on the subject. Incensed over it, the Board passed a resolution asking him to vacate the top post but he would not listen and dragged the matter to court only to be defeated again and again, said Mehta asking who caused loss to Nafcub- Abhyankar or us?

Now betraying all the basic principles of cooperation Abhyankar is busy fomenting troubles by regrouping the disgruntled elements across the country. Interestingly enough, one of his candidates from Bijnor Shankar Lal Jat is the guy who ensured there was no election in NAFCUB in an episode that took place in 2010-11. He had challenged the election process in court on frivolous grounds, Mehta recalled. Indian Cooperative had also covered the incident in these columns.

Abhayankar has also been able to foment trouble for Mehta in his home state of Gujarat. “When Jagdish Mehta of Surat Peoples’ Co-op Bank expressed his reluctance for re-election I asked Mukesh Gajjar, the current Chairman and took him into confidence before announcing the name of Gautam Vyas.” But now the same Gajjar has not only backtracked from his words but also offered himself a candidate from Abhyankar’s panel, said Mehta. 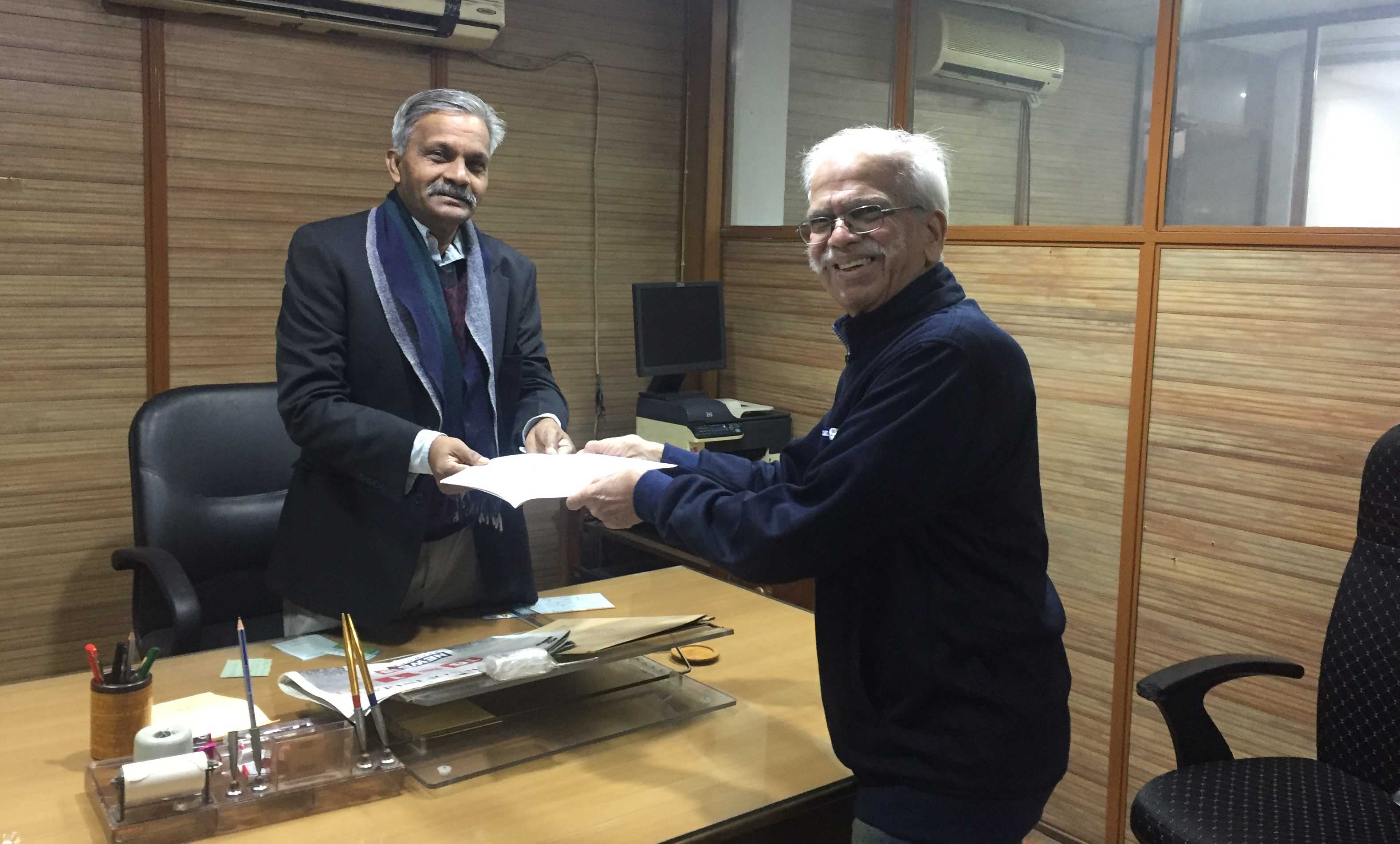 But Abhyankar’s game plan in West Bengal is something which is being condemned widely in the banking sector, Mehta felt. It is being said that in his zeal to teach Mehta and his team a lesson for the insult inflicted on him through no-confidence, Abhyankar is trying to gain a backdoor entry for a TMC worker named Samantha who works as Private Assistant to West Bengal’s Cooperation Minister.

The story goes that the Mamta govt revived Balli Co-op Bank by infusing Rs 8 crore and put her party worker Samantha in command as an officer. In view of the upcoming NAFCUB election, the same Samantha somehow got elected as Director of Balli Co-op Bank and filed nomination for the NAFCUB board, with the kind support from Abhyankar and his team.

West Bengal govt which has a poor track record of conducting co-op elections (eight UCBs are under administrators’ control and state co-op union has no elections for many years now) is taking extra interest in the Nafcub elections. The Cooperative Minister called a meeting of all the 24 UCBs in the presence of Co-op Registrar and browbeat delegates into casting votes for Samantha. West Bengal has 25 votes.

Reacting to the development Jyotindra Mehta said “I am not against anyone contesting elections but if you come to the cooperative fold you have to come by leaving behind your political prism.” For us the priorities are mainly two— making an umbrella for UCBs and secondly fighting off privatization bid, floated either by the govt or by the RBI.

It bears recall that the final list of candidates will be published after scrutiny today on 31st January 2019. Nine Directors on the Board of NAFCUB were declared elected unopposed from the 21 state level federations.

Withdrawal of nominations will take place on 1st February 2019 and the final list of candidates left in the fray will be released on 2nd February 2019. The election would be held on 3rd February at NCUI headquarters.

(We would publish Abhyankar’s rebuttal to Mehta’s charges. Stay glued to www.indiancooperative.com)