by Ajay Jha
in World
0

On the occasion of the final day of the ICA conference in Rwanda on Thursday, a plenary session on the contributions of coops to peace and equality, with examples from around the world was held. The day also saw the summing up of the conclusions of various sessions that took place in the last four days.

The conference, above everything else stressed on the role, co-ops play throughout value chains, not just at the production point as it is widely assumed. An annual campaign to increase the awareness and practice of values around the world was mooted. The participants were of one mind that the values of cooperatives underpin everything that their businesses do.

There were several notable events on the sidelines such as singing of MoU between IFFCO and ICA Africa, bestowing of Rochdale Pioneers Awards on Byeong-won Kim and Howard Brodsky, among others. 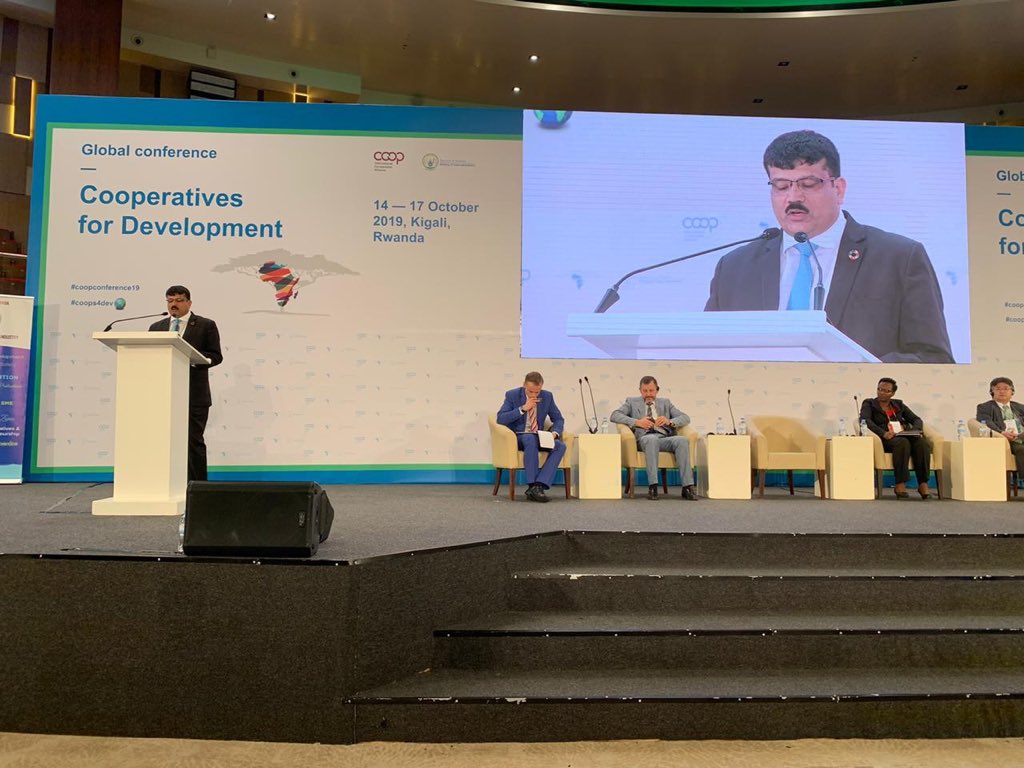 Indian contribution to the ICA General Conference was no less impressive, said many participating co-operators. Tarun Bhargava of IFFCO spoke on Roles of Cooperatives in promoting Sustainable Agriculture and Saving Environment. It was appreciated by coop leaders, tweeted IFFCO MD Dr U S Awasthi.

Reema Nanavaty and Mirai Chatterjee of SEWA also spoke on the occasion. “Cooperatives function as a correlation between work and workers, families, communities and their environment. Coops have the potential to create a peaceful planet and a future of work that is both decent and full of hope”, said Reema. Mirai Chatterjee said co-ops can venture in areas where even govt would think twice.

WWF Chairperson Nandini Azad presented the successful saga of WWF in the Gender Equality Committee meeting and said “We need to come up with successful strategies to address gender issues in cooperatives.” She 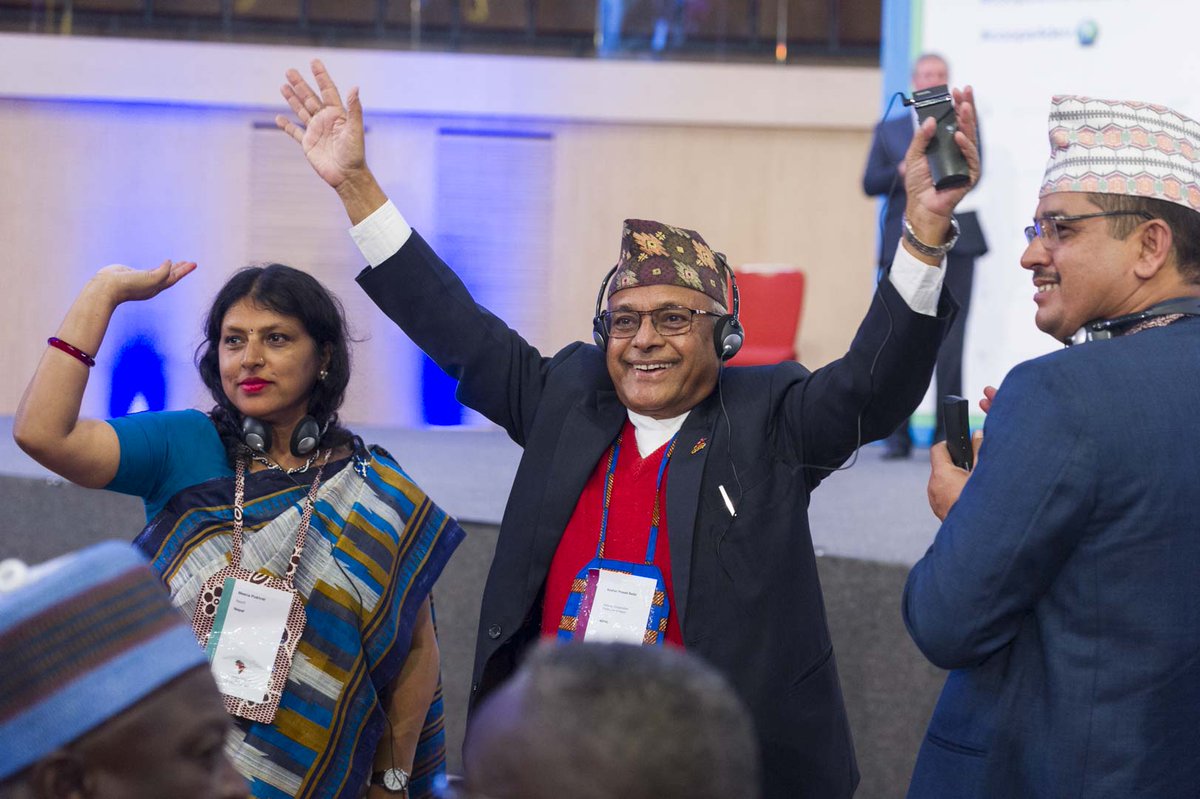 lamented that only 20% of coop members in the Asia-Pacific region are women.

Besides, the Indian team also displayed unique bonhomie and teamed up as a united house. “Those busy in their own lives and not always eager to talk to each other were displaying deep bond of friendship- a welcome development for the cooperative movement of the country”, quipped an Indian observer.

Various plenaries discussed several issues such as how cooperatives contribute to decent work and have an important role to play throughout value chains, not just at the production point as it is widely believed.

The discussions also pertained to how cooperatives work in development, particularly through contributing to food security and sustainable production and consumption, reducing inequalities through health, industrial and services cooperatives, and their work in housing and energy.

A series of parallel sessions were organised by ICA sectorial organisations such as food security in the context of sustainable production and consumption; how health, industrial and services cooperatives contribute to reducing inequalities; and the role of the cooperative model in housing and energy.

Research and development is an important part of the work of cooperatives. Ahead of the main conference, 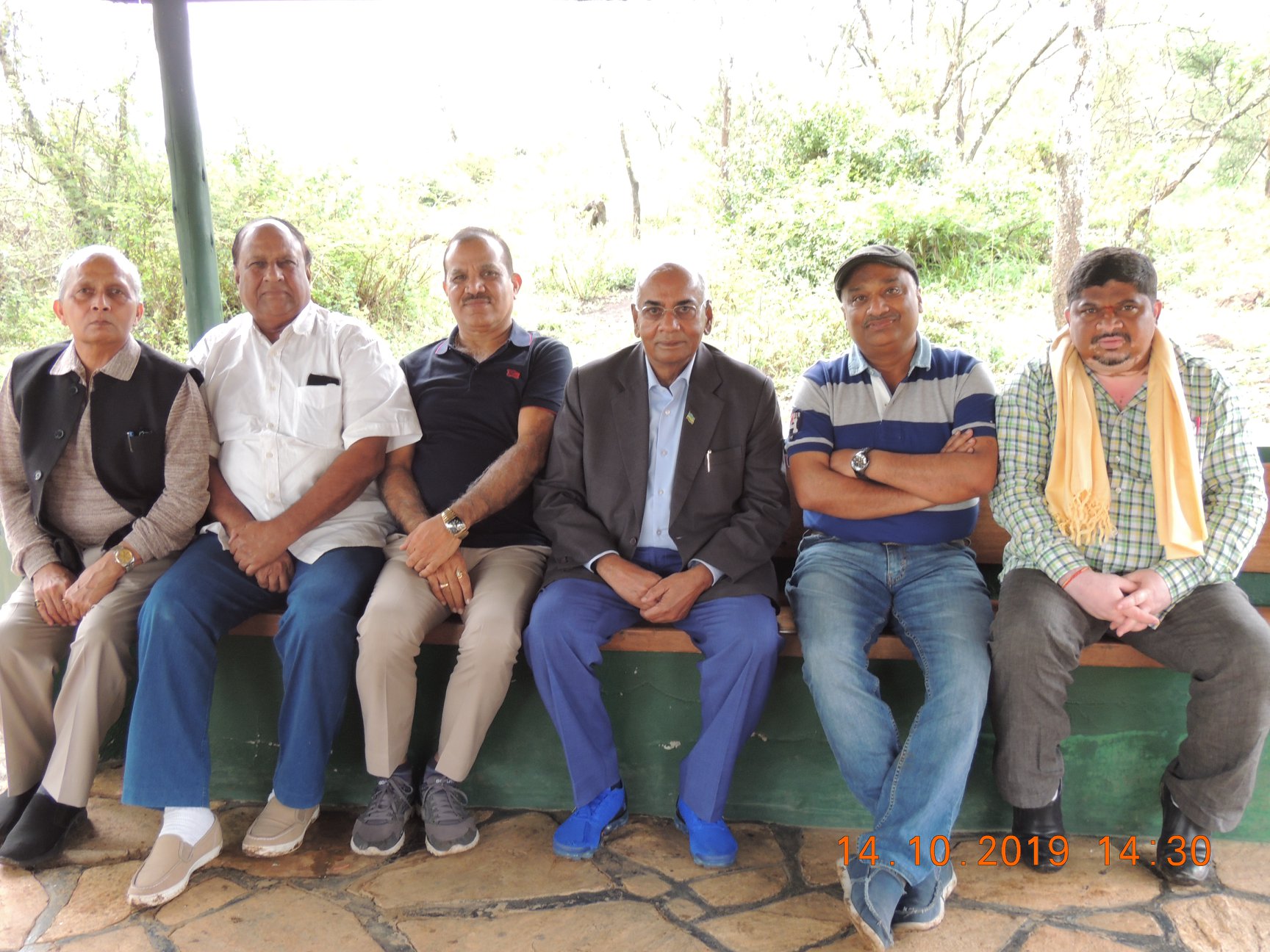 Kigali hosted the third meeting of the International Cooperative Development Platform (ICDP), bringing together cooperative organisations active in International Development from across the globe to generate collaboration and strengthen the links between agencies.

Byeong-won Kim and Howard Brodsky also received the Rochdale Pioneers Award during the conference gala dinner on Wednesday, leading to messages of congratulation from various quarters including IFFCO.

On the concluding day, moderated by Martin Lowery, the panel was composed of Claudia Sanchez Bajo (the University of Buenos Aires), Jean-Louis Bancel (President of Cooperatives Europe) and Om Devi Malla (ICA Board member from the National Cooperative Federation of Nepal).

Later at 14:00 hours, during the General Assembly of the International Cooperative Alliance the new strategic plan for the next cooperative decade was shaped. 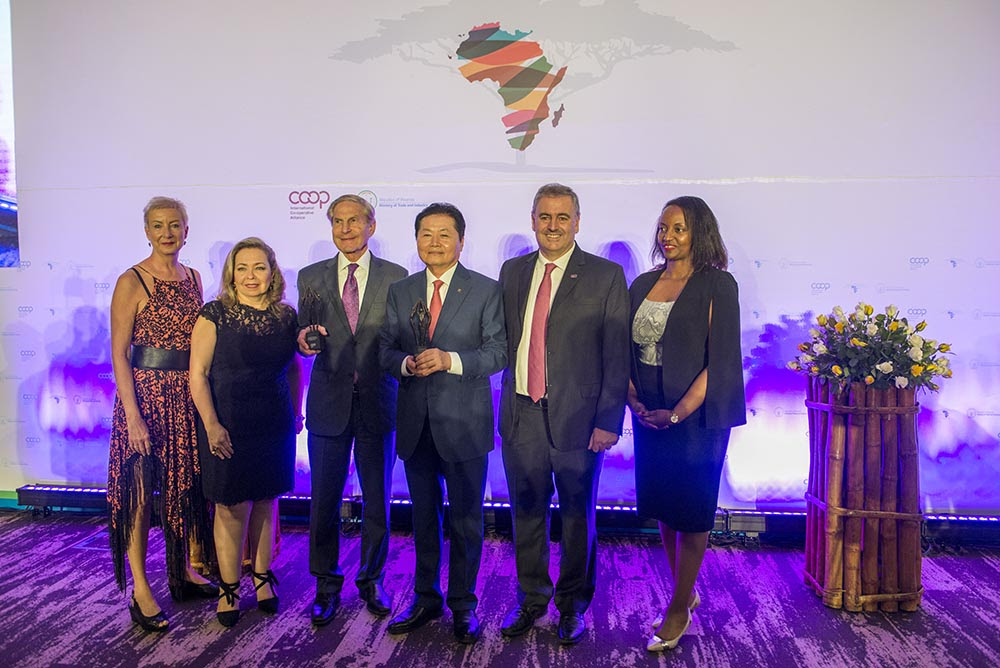