by Rohit Gupta
in Sugar
0

The National Federation of Cooperative Sugar Factories (NFSC) organized its 58th Annual General Meeting at Indian Habitat Centre in New Delhi and those who participated included Maharashtra strongmen Sharad Pawar and Nitin Gadkari, proving once again that the political power in the state draws heavily from the co-operative politics.

In his speech Nitin Gadkari talked of both rewarding the non-polluting sugar mills and punishing those who violate. Gadkari said “after assuming the charge of Water Resources Ministry, a few days back one file from Uttar Pradesh landed on my table concerning action to be taken against sugar factories polluting the Ganges. As I have always been concerned with issues related to sugar industry, I stopped the file.

Gadkari also emphasized on diversification and said “Diversification of business to other products is very important because today the situation of sugar industry is not satisfactory. If the industry does not change with time , it has to face more and more challenges in the days ahead and I therefore feel the industry has to reform its strategy”.

Underlining the importance of diversification, Gadkari said a sugar mill can make detergents, liquid detergents, laundry detergents, hand soaps and many others things along with sugar.

Citing the example of a sugar mill of Maharashtra that has done a praiseworthy work in checking pollution of water, he said if other sugar mills do the same then I assure you, I will give you fund from my own department.

The minister warned that if sugar factories continued to pollute the Ganges in the future, he would have no choice

but to take action.

The sugar industry is the second largest producer in the world valued at about Rs 80,000 crore or 12000 million US dollar. The GOI has reduced the price of ethanol from Rs 48.50-49.50 to Rs 39 per liter which has resulted in the increase in production of ethanol, said delegates.

The NFCS Chairman noted that sugarcane cultivation needs a lot of water and in view of a continuous drought in Maharashtra, Karnataka and Tamil Nadu, agricultural scientists are propagating the importance of micro irrigation in cane cultivation.

Former Union Agriculture Minister Sharad Pawar who has always been championing the cause of sugar industry also addressed the gathering. Pawar said “The sugar industry needs restructuring of SEFASU and soft loans; all their demands deserve consideration from the government”.

The NFSC Managing Director Prakash P Naiknavare welcomed the delegates who came from across the country. 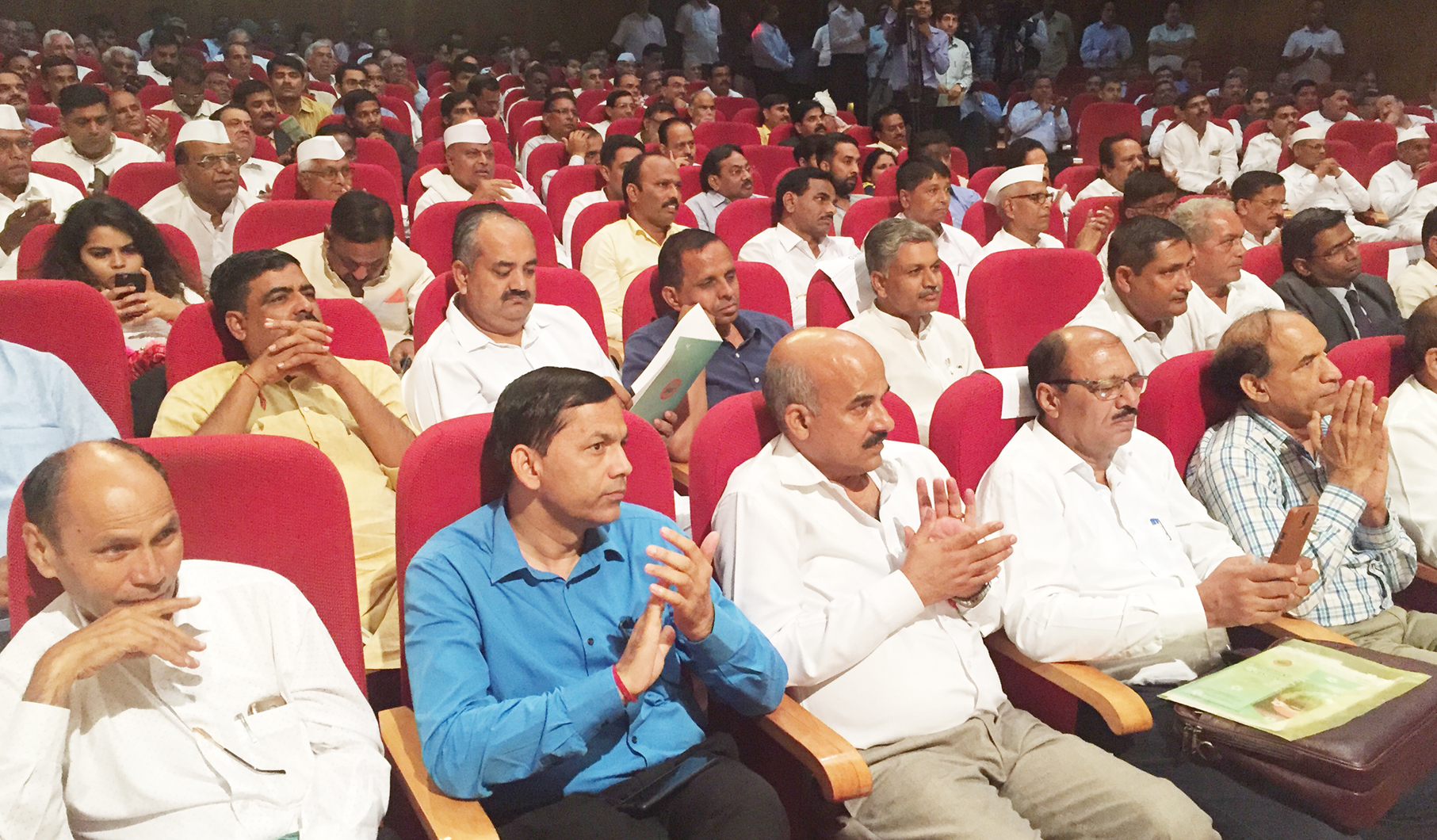