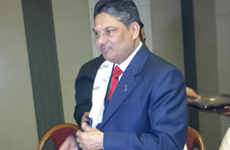 The 15th annual meeting of Asian Farmers’ Group for Cooperation (AFGC) is being organised by JA Zenchu – Central Union of Agricultural Cooperatives of Japan & will be hosted by National Cooperative Union of India (NCUI) – the apex organization of Indian Cooperative Movement from 12 – 13 February 2015 in New Delhi.

The Asian Farmers’ Group for Cooperation (AFGC) has been formed by JA Zenchu – Central Union of Agricultural Cooperatives of Japan during 1999 to exchange views on agriculture and trade policies, strengthening functions of farmers’ organization & Cooperatives and advocacy of Asian farmers. India, Indonesia, Japan, Korea, Malaysia, the Philippines, Sri Lanka, Thailand and Vietnam are permanent members of this forum.

The AFGC is annually organising its meeting and arranging various seminars/conferences on WTO, Food Security, Rural / Agricultural development and other related livelihood issues.

The main theme of the meeting is “Role of Agricultural Cooperatives & Farmers Organization in attaining Food Security through sustainable Agriculture”. Based on above main theme, the AFGC members will share their experiences.

NCUI aims to highlight role of PACS in Pre-Budget Consultation