NCUI: Chandra Pal’s son is in the fray

NCUI President Dr Chandra Pal Singh Yadav is a busy man these days as his son Mr Yashpal Singh is fighting Assembly elections from Babina in Jhansi on a Samajwadi Party ticket.

“Yes his ticket is confirmed and the campaigning has begun in right earnest in the constituency”, said Chandra Pal to this correspondent when he raised the issue regarding confirmation of Babina seat in favour of Yashpal by the Party High Command.

Babina is an Assembly seat in which Chandrapal secured majority of votes in the Parliamentary elections which he fought unsuccessfully. Uma Bharati of BJP had romped home. But this time round, knowledgeable sources say Chandra Pal’s son Yash Pal has an edge over his BJP rival who is said to be weak.

Yash Pal is also a cooperator and is on the board of the apex body of consumer cooperatives NCCF. Chandra Pal who has been a known SP leader in the Bundelkhand area has thrown his weight behind him.

“I am more than sure that he is going to win with a thumping majority”, the senior Yadav said.

Chandra Pal had earlier offered this seat to Chief Minister Akhilesh Yadav. As CM is not fighting elections, it was 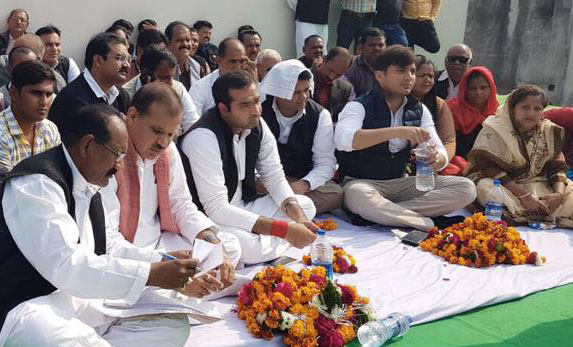 On the question if the NCUI President would have time for co-operatives given the pressure of electioneering NCUI’s Chief Executive N Satyanarayan said” he was here on Monday and again he would be at the office on the coming Monday. Our work is not suffering at all as he is receptive to calls from us.”

“Besides, his presence is required if there is a policy matter to be discussed or if a new project to be undertaken; for routine matters NCUI President’s short absence does not pose a problem, added Satyanarayan.

IFFCO comes up with digital platform for co-ops