The matter related to the de-linking of NCCT from apex body of cooperatives NCUI came up for hearing in the Delhi High Court on Wednesday. The court adjourned the case until 6th September, dashing the hopes of any quick relief.

Indian Cooperative has learnt that the matter did come up for hearing at around 3:00 pm when the Advocate Krishnan Dayal representing NCUI and Additional Solicitor General representing the government of India argued the case.

NCUI Advocate is believed have argued his points very well and said that the move by the govt is aimed at weakening the apex cooperative body. He also quoted the relevant bylaws and tried to convince the court regarding the futility of the govt move.

The Bench asked the govt lawyer to reply, on which they sought time. But the Court insisted that the rejoinder from the govt side should not be lengthy. The respondents were asked to give to-the-point reply not exceeding one or two pages.

Wednesday was also a day when a new building of Delhi High Court was to be inaugurated and the judges were not in a position to give more time to the matter. As no suitable date in the August was found, the next date was fixed for 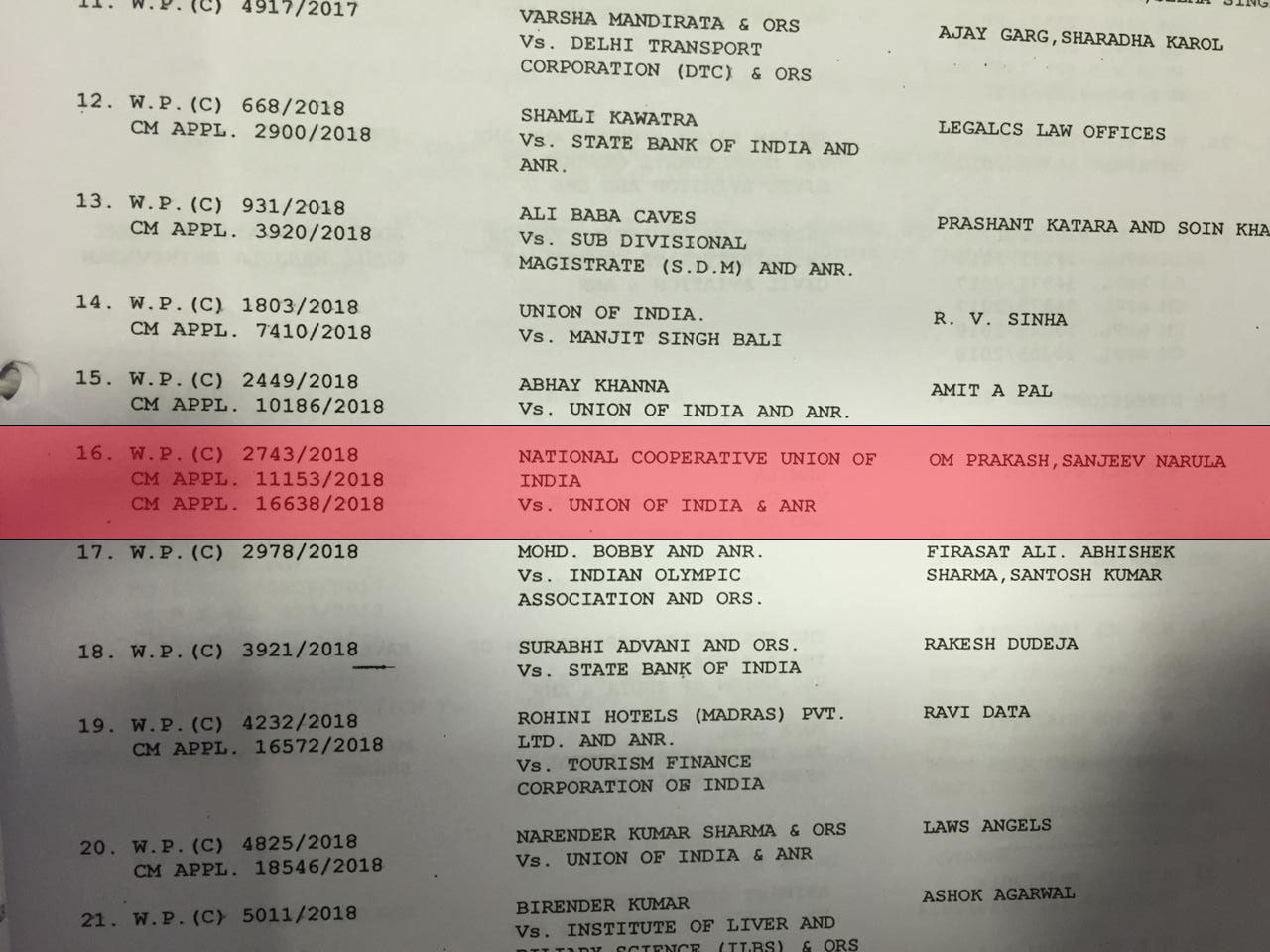 6th September when the govt would come with its part of the story in the rejoinder.

While NCUI Vice-President Bijendra Singh and NCUI CE N Satyanaryana were present from NCUI, Ms Kamana Prasad, Deputy Director in the Ministry represented the govt. Interestingly, Mohan Mishra, Secretary NCCT and one more official of NCCT were also present in the court during the hearing.

Readers would recall that delinking of NCCT from NCUI had angered cooperators no end as they see in it a move by the govt. to weaken the cooperative movement by cutting NCUI to size.

It bears recall that NCUI had received a letter from Agriculture Ministry on 6th September with the title “Establishing National Council of Cooperative Training (NCCT) as an independent, Central and Professional entity-delinking from National Cooperative Union of India”.

The letter says that due to NCUI’s control, NCCT failed to achieve its aims. The reputation of its premier institute VAMNICOM also suffered due to intense politicking and mismanagement. These facts are vehemently opposed by the NCUI.

Meanwhile, NCCT has begun to operate as an independent body with none of its files coming to NCUI anymore, a source added.

The court case has one immediate fallout in that the funding of NCCT from NCUI has stopped leading to hardship and misery. No attempt by the Ministry has helped in the matter as NCUI is taking cover of “sub-judice” argument in denying fund release to the NCCT.

NCUI is for capacity building, not for earning profit: CE clarifies