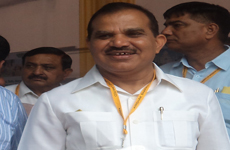 The Wednesday Board meeting of NCCT proved stormy with the NCUI President Dr Chandra Pal Singh leading from the front and arguing  cooperatives  are  essentially a people movement where the  role of the government is at best limited.

The Additional Secretary Mr Raghav Chandra did not come as reported by the Indian Cooperative earlier. He had deputed Mr Dinesh Arora, a senior IAS officer to convey the Ministry’s point of view. Joint Secretary Mr Raj Singh was however there to defend the government move of curtailing the  NCUI President’s  power to nothingness.

Chandra Pal was emphatic. “It is not done”, he said umpteen times. The cooperative movement cannot be run on the shoulders of bureaucracy, he added.

Assisting him in putting up a strong case for a leader-driven movement rather than a babu- one  , were Dr Dinesh, the Chief Executive , Jaya Arunachalam, the Chairwomen of the  famed WWF and others. Lakhan Lal Sahu, another Board member could not make it to the meeting due to illness, he told Indian Cooperative later.

Arunachalam said  here is a clear case of trust deficit between the two- the government and the cooperative leaders.  We must first of all undertake confidence building exercises between the two. We have a new government in the Centre and it should not leave everything to the officers, she cautioned.

There should be checks and balances if anybody goes wrong but upturning the system would not help, Mrs Arunachalam argued powerfully. It’s a people movement and only their representatives could carry it forward, she added.

The outcome of the meeting remained vague as the  final minutes could not be known. Chandra Pal kept on insisting that the Board would decide how it is done while the government side stuck to its gun.

Readers would recall that the  Ministry had sent a letter on December 3 which reduced the NCUI’s President’s powers drastically. The Board of NCCT comprising of 21 members met on Wednesday.

According to the notification the President of the NCUI would no longer head the subcommittee on ANF (Administrative and Finance) , instead, Additional Secretary Finance would do.

The President was also removed from the Corpus Fund Sub-Committee. The government removed the President of the NCUI from the Chairmanship of VAMNICOM too.

After his elevation to the Upper House of Parliament a  confident  Chandra Pal Singh Yadav though argued his case strongly,  the government is all powerful and especially if you are funded by it you have no  choice but to cringe  to it , an unnamed  cooperator  told   Indian Cooperative.