No valid explanation of the postponement given

In a clear show of media’s power in influencing decision, the union ministry of agriculture and farmers’ welfare had to postpone the much touted meeting to deliberate on proposed amendments in the MSCS Act 2002, after Indian Cooperative story titled “Futile exercise: Ministry calls a meeting on MSCS Act without cooperators!” hit the stand.

“The proposed meeting stands postponed”, said the secretary Sanjay Aggrawal when a delegation of cooperators led by NCUI Dr Chandra Pal Singh Yadav went to meet him Thursday evening after the conclusion of the cooperators’ meeting at the NCUI headquarters to deliberate on the proposed amendments in MSCS Act 2002.

No authority would, however admit that it was due to the Indian Cooperative story highlighting the faux pas of the Ministry in not inviting cooperative leaders was behind the postponement of the meeting. But the fact that the Ministry has no valid explanation for postponing the meeting, hints at the truth of the matter.

Such a vault face by the Ministry proves the fact that the time of internet journalism has come of age and no body- either governments or erring cooperatives can ride roughshod over democratic norms without attracting the attention of the people. Indian Cooperative headlines yelling at the decision was read by millions of people. 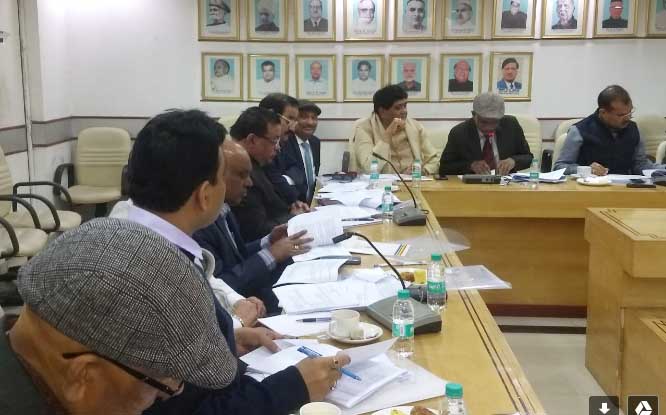 To come to the fact of the matter, a delegation comprising of NCUI President Chandra Pal Singh Yadav, IFFCO Chairman BS Nakai, NAFSCOB President Dileep Sanghani and Vijender Singh, Vice-President of NCUI went to meet both Union Minister Radha Mohan Singh and Secretary Mr Sanjay Aggrawal to apprise them of the cooperators’ meet held earlier at the NCUI headquarters.

Secretary Sanjay Aggrawal heard us in a positive atmosphere and assured us of looking into the matter; he also informed us that the proposed 1st February meeting stands postponed”, said NCUI President  Dr Chandra Pal Singh Yadav to Indian Cooperative after emerging from the meeting.

“With the Union Minister also we had a free and frank discussion, we told him that the ministry may go ahead meeting MDs but office-bearers must be consulted before a final decision on amendments is taken”, said Sanghani to Indian Cooperative. “I also met junior minister Parshottam Rupala individually on this occasion”, added Sanghani.

It bears recall that the Union Ministry of Agriculture and farmers’ Welfare had called a meeting on February 1st to deliberate on proposed amendments in the MSCS Act 2002 in which not a single cooperator was invited.

Unhappy with the decision of the Ministry, NCUI called a meeting of Chairmen and elected heads of all the national level cooperative bodies in Delhi on Thursday.

Cooperators deliberated on different aspects of proposed amendments and noted points of disagreement. The meeting was attended by representatives of all the nation co-op federations excepting FISHCOPFED.

Later the minutes of the meeting was submitted to the Ministry. 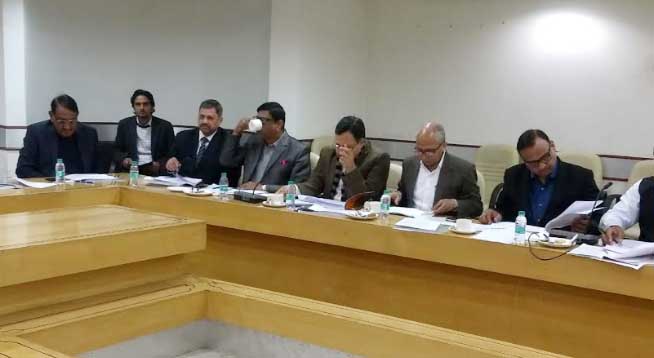