As predicted earlier in these columns, Bijendra Singh was elected unopposed as the Chairman of Nafed and Sunil Kumar Singh and former Chairman V R Boda’s son Dalsukhb Patel as the two Vice-Chairman on Thursday at NCUI headquarters during the Special General Meeting.

Strange as it may sound, Singh’s rise at NAFED coincided with Modi’s victory at national level, though the two come from opposite political schools. It will be Bijendra Singh’s third term as the chairman of the country’s leading cooperative. He replaces VR Patel, popularly called Boda.

Chandra Pal Singh and Dileepbhai Sanghani had proposed the name of Bijendra Singh. After his unanimous election, the newly elected Chairman Bijendra Singh thanked the board members and others for reposing faith in him.

”I am a hardcore congressman but on this occasion I would like to praise the efforts of Prime Minister Narendra Modi in reviving the Nafed and extend my sincerest thanks to him ”, said Singh.

It is also the second time that the Bihar strongman Sunil Singh has been elected as the vice-chairman sending waves of ecstasy among his supporters across the state. The impatient supporters garlanded the winners as soon as the results were announced by the Returning Officer.

There was, however, a late evening twist in the plot as Ajit Chandravanshi of Chhattisgarh complained that he had not withdrawn his candidature. At this the RO ordered voting. The election was held for a single seat from Central Zone where two candidates including the outgoing director Bhanwar Singh Shekhawat from MP and Ajit 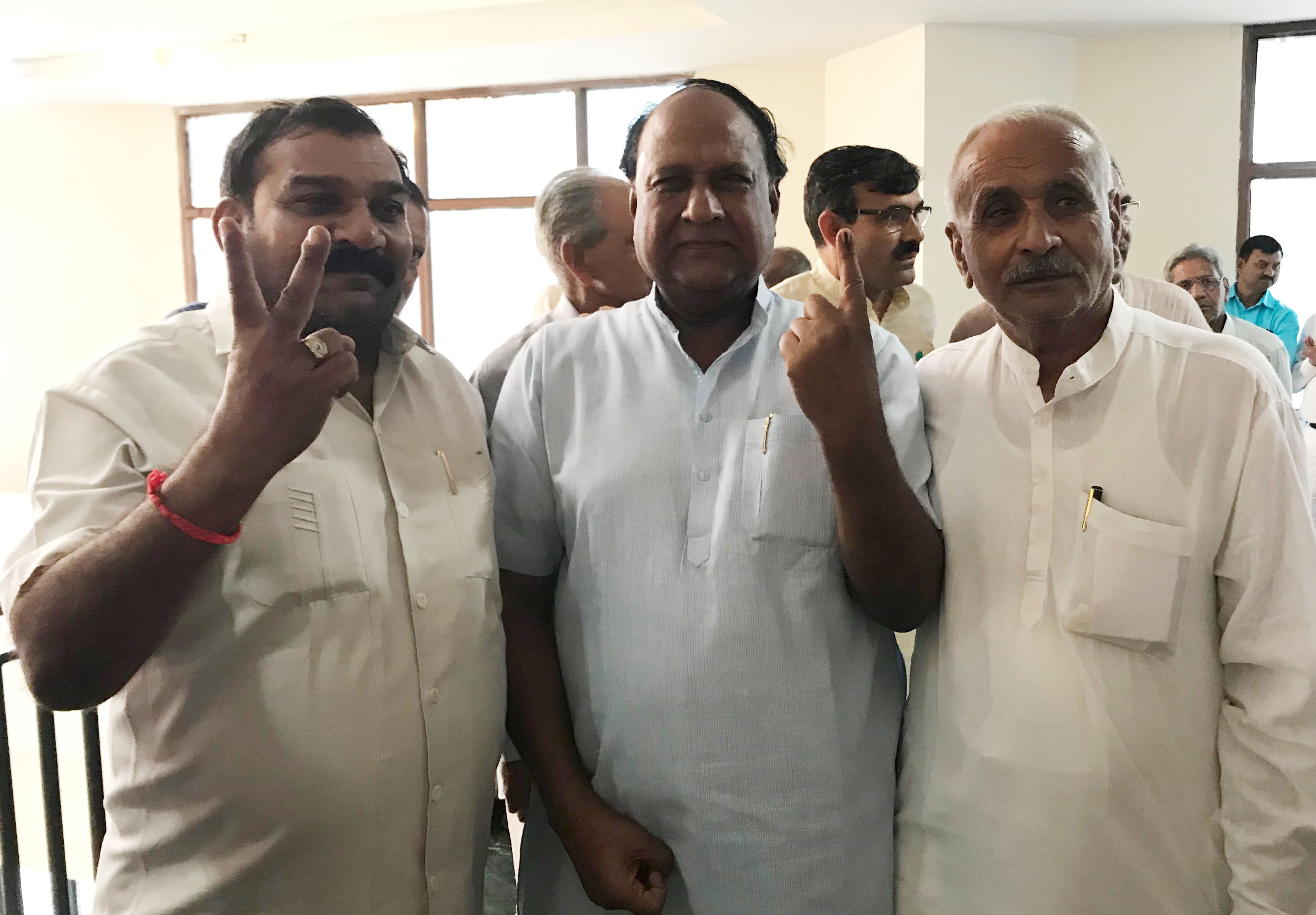 Chandravanshi from Chhattisgarh were in the fray.

Talking to Indian Cooperative Chandra Pal Singh Yadav who is in Hyderabad Friday morning said that the elections were held in fair and transparent manner and even a complaint on WhatsApp was taken seriously by the Returning Officer. It bears recall that Chandravanshi had complained through WhatsApp.

About 227 voters cast their votes accounting for 50 percent of the electorate. Shekhawat received 198 votes, Chandravanshi got only 11 votes. 18 votes were found invalid, announced K.K. Ravindran, Returning officer in the Special General Meeting held in the NCUI Auditorium.

While scores of supporters of Shekhawat, a high profile cooperator were present on the occasion, Chandravanshi had hardly any supporter around. “You are from BJP yet cooperators cutting across party lines are supporting you” said Sunil to Shekhawat underlining the difference between co-op politics from electoral politics. 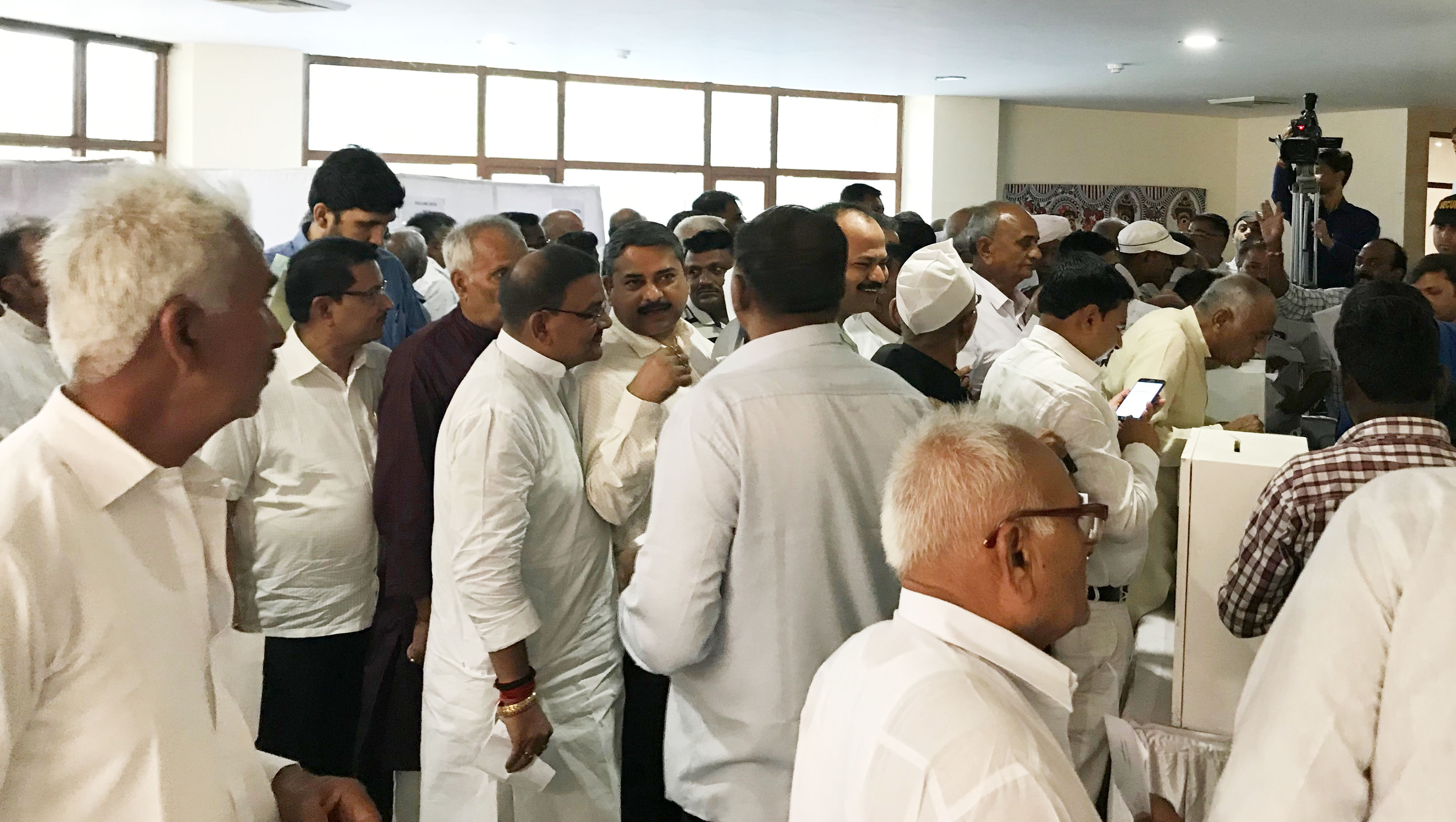 The NAFED board consists of 21 directors. Ashok Thakur has been re-appointed as the Government Nominee. The name of representative from NCCF has not yet been announced. The newly elected board has a 5 year term.

NAFED earns profit but is not yet ready for dividends