NACOF is now member of ICA 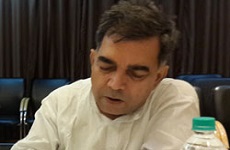 The agri cooperative Nacof has been awarded membership to Geneva based International Cooperative  Alliance (ICA) recently. In a signed letter ICA DG Charles Gould wrote” we welcome you to the fold of ICA and thank you for lending support to the international organization.

The agri cooperative NACOF which came into existence on the dwindling fortunes of Nafed and NCCF has been on growth path ever since its inception, informed its Chairman Ram Iqbal Singh through an email.

Later talking on phone Mr Singh informed this correspondent that in a short period of three years we have not only achieved break-even but also earned a profit of Rs 1.66 crore. The turnover of the cooperative has touched Rs 116 crore according to the signed copy of Chartered Accountant in possession of Indian Cooperative.

A jubilant Ram Iqbal informed Indian Cooperative that Nacof operations have begun in right earnest in majority of states in the country and we have procured seed licence, fertilizer licence and vat licence from each state we operate.

For paddy procurement Nacof has been made nodal agency by the state govt in West Bengal and in Rajasthan we are government’s nodal agency for procuring wheat, Mr Iqbal said.

There are several other notables such as C V Holkar, Ranjit Singh, late Sisodia’s grandson Rishiraj Singh,Ashok Singh and Sunil Khatri who are on Nacof Board and are making efforts to take the cooperative federation to the newer heights, said Mr Iqbal.