by Ajay Jha
in NACOF
0

NACOF, an agricultural cooperative, which once nursed the ambition of levelling with NAFED had a tough time this financial year fighting court cases especially with Jharkhand govt. “The finances may be down but not the spirit”, cried its Chairman Ram Iqbal Singh in the AGM held in NCUI Board room on the weekend, followed by uproarious applause from the audience.

Later talking to Indian Cooperative Ram Iqbal clarified that the court judgement has been in the favour of NACOF and that partial payment has also been received by the co-op body. “We have received Rs 20 crore so far for the paddy procurement entrusted to us”, he added. “We are sure to get rest of the money sooner than later and would recover from our financial loss for the year”, he sounded confident.

Despite no dividend being given out to the share-holders, the NCUI Board room was packed with share-holders who appeared confident and happy. “They all have tremendous faith in the leadership of the Chairman Ram Iqbal Singh”, said many co-operators to this correspondent explaining the incongruity of the situation.

Giving details Ram Iqbal in his presidential speech said “Nacof has achieved a sales turnover of Rs 676 crores for the year despite several odds. Govts are procuring items under GEM and we have to compete in the open market/private players. Keeping in view the circumstances the net profit before tax is Rs 1.38 lakhs for the year 2018-19.

“I am happy to inform you that several state govts such as WB, Odisha, Jharkhand, Assam, UP, MP, Chattisgrah,

In his speech the Chairman explained how NACOF had spread its business and has made a fresh start at diversifying the co-op. “We have started new line of businesses like supply of cotton bails, bio remediation of Hussainsagar Lake, Hyderabad, etc for improving the quality of water” informed the Chairman.

Ram Iqbal also informed that the three central govt hospitals including Safdarjung, Lady Harding and Dr Ram Manohar Lohiya hospitals have allotted shops to it for sale of medicines under Jan Ausadhi Scheme. Its app on the subject is also getting popular, added the Chairman. “The future is bright and belongs to us”, he said confidently.

To lend spirituality to the event NACOF had also invited Siya Ram, a sadhavi who has a l ashram on Gwalior Jhansi high way. The lady saint sat quietly all through the proceedings in which several co-op stalwarts participated including NCDC former Deputy MD D N Thakur. S K Sharma, another former officer from NCDC anchored the proceedings of AGM. 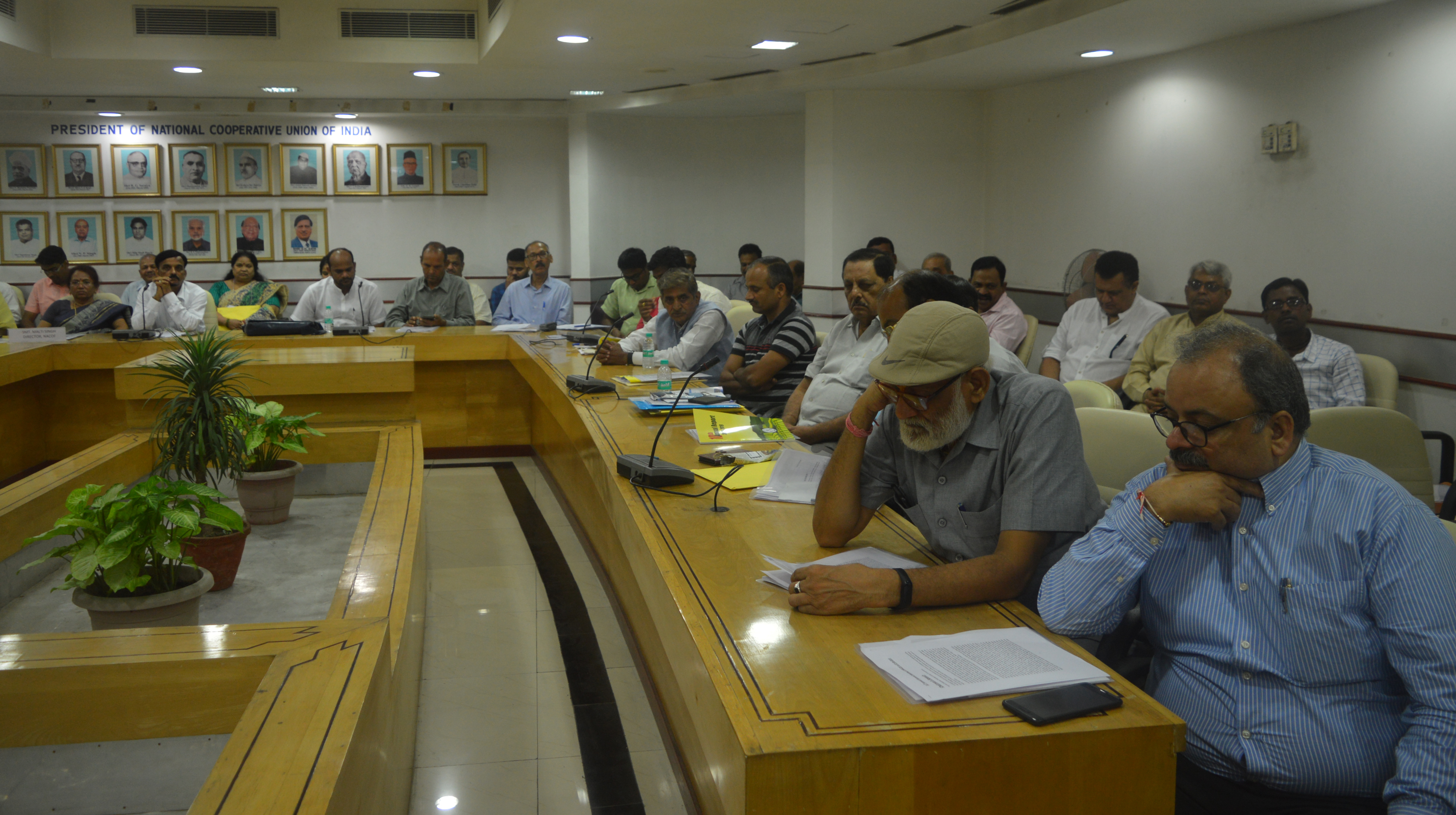