by Rohit Gupta
in Featured, Misc.
0

National Fishery Development Board (NFDB), Hyderabad and Ministry of Fisheries, Dairy and Animal Husbandry jointly organized a high voltage function on the occasion of World Fisheries Day 2019 on Thursday at NASC Complex, PUSA, New Delhi where several cooperatives were given awards for their excellent performance.

In all ,19 awards were given out of which six awardees were from the cooperative sector. The award consists of a citation, a shawl and a cheque of Rs 10 thousand.

Union Minister for Fisheries, Dairy and Animal Husbandry Giriraj Singh along with the other two union ministers including Sanjeev Balyan and Pratap Chandra Sarangi gave away the awards. 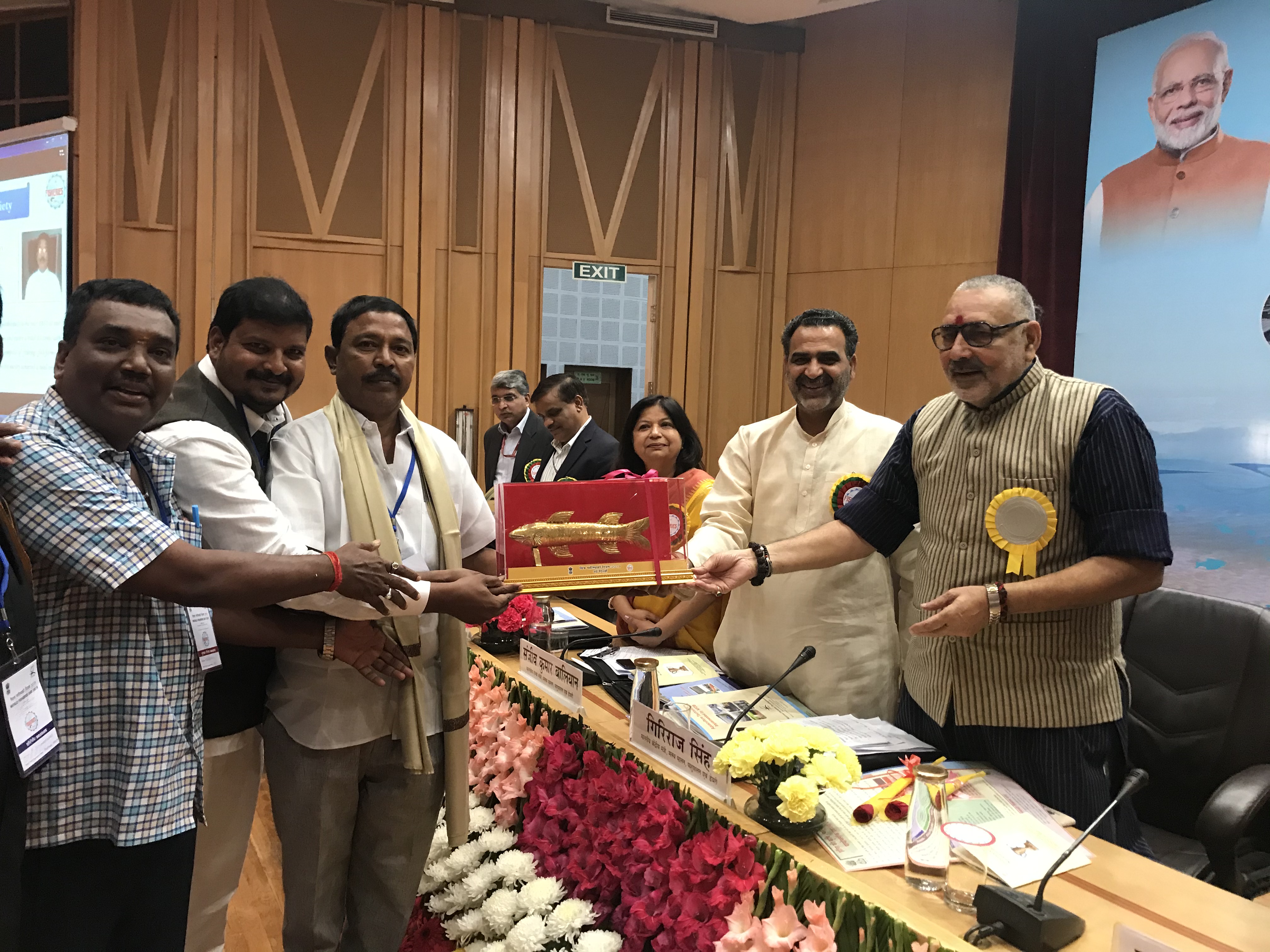 Bihar based Coffed one of the member societies of the apex body of fishery cooperatives Fishcopfed received award in the category of the Best Aqua-One Center which was collected by Rishikesh Khashyap on behalf of the society.

The Best Fisherwomen Society/Women SHG award was presented to the Telangana based Tukkaramgate Fisherwomen Cooperative Society. 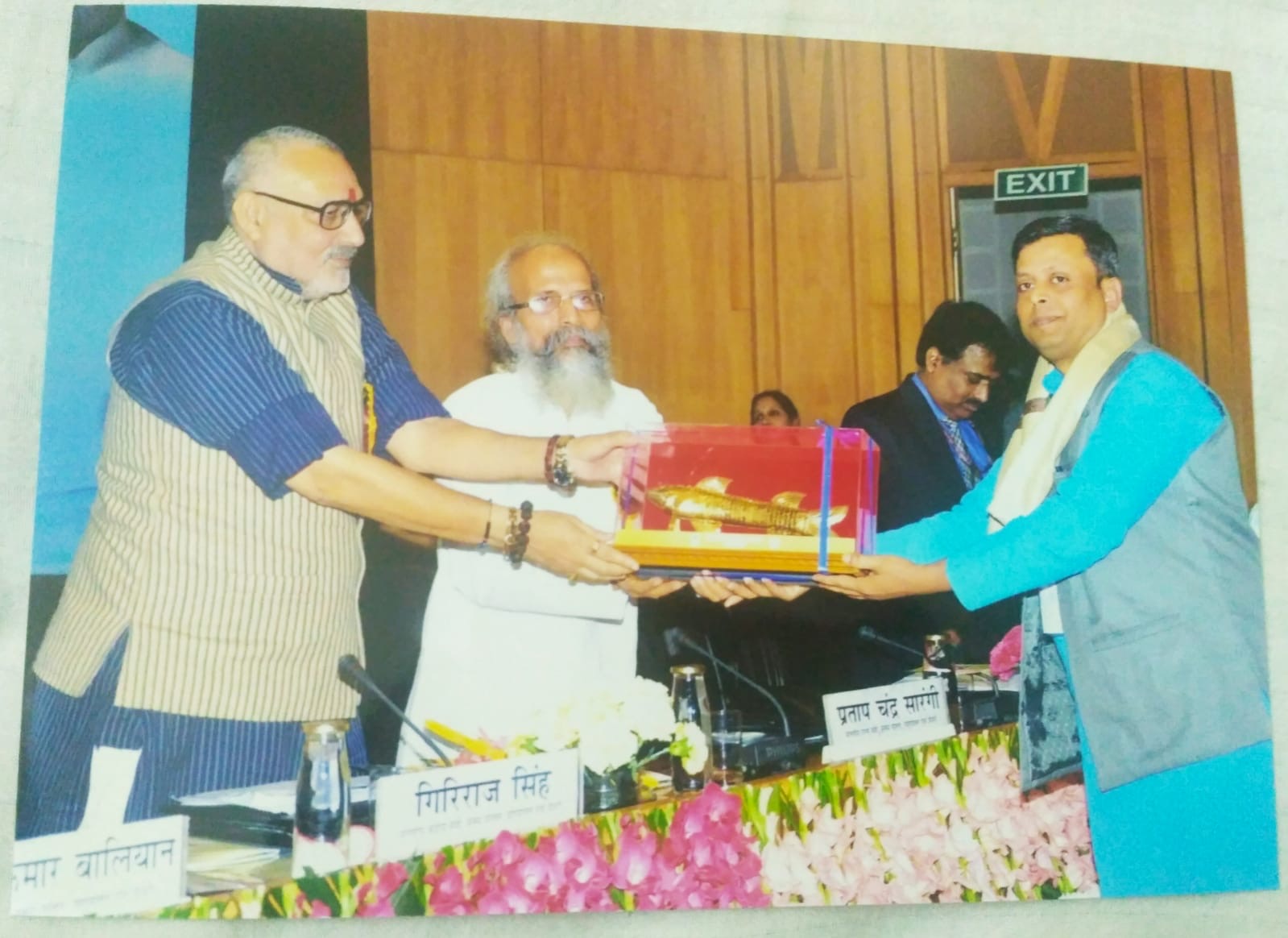 sector and pledged to reduce the production cost incurred by fishermen the country.

He said, “There is a lot of opportunity in India but we are lagging behind which needs to be rectified. We are making a policy to strengthen the fishery sector and will soon come up with new schemes which will be in the interest of farmers”.

Talking about production Singh said, “till now we are producing 13 million metric ton from marine and inland fishery but we will enhance it to 20 million metric ton in the span of five years. We have sanctioned the fund to mechanize the boats of fishermen. There is huge scope for brackish water fishery in India which can be the game changer for increasing the production”, he asserted.

However, sources say Singh forgot to mention in his remarks about the social security for fishermen and the role of cooperatives in the fishery sector.

Union minister Sanjeev Balyan has said NFDB, Hyderabad should work in North India and train fishermen. A large number of cooperators including Fishcopfed MD B K Mishra were present on the occasion. 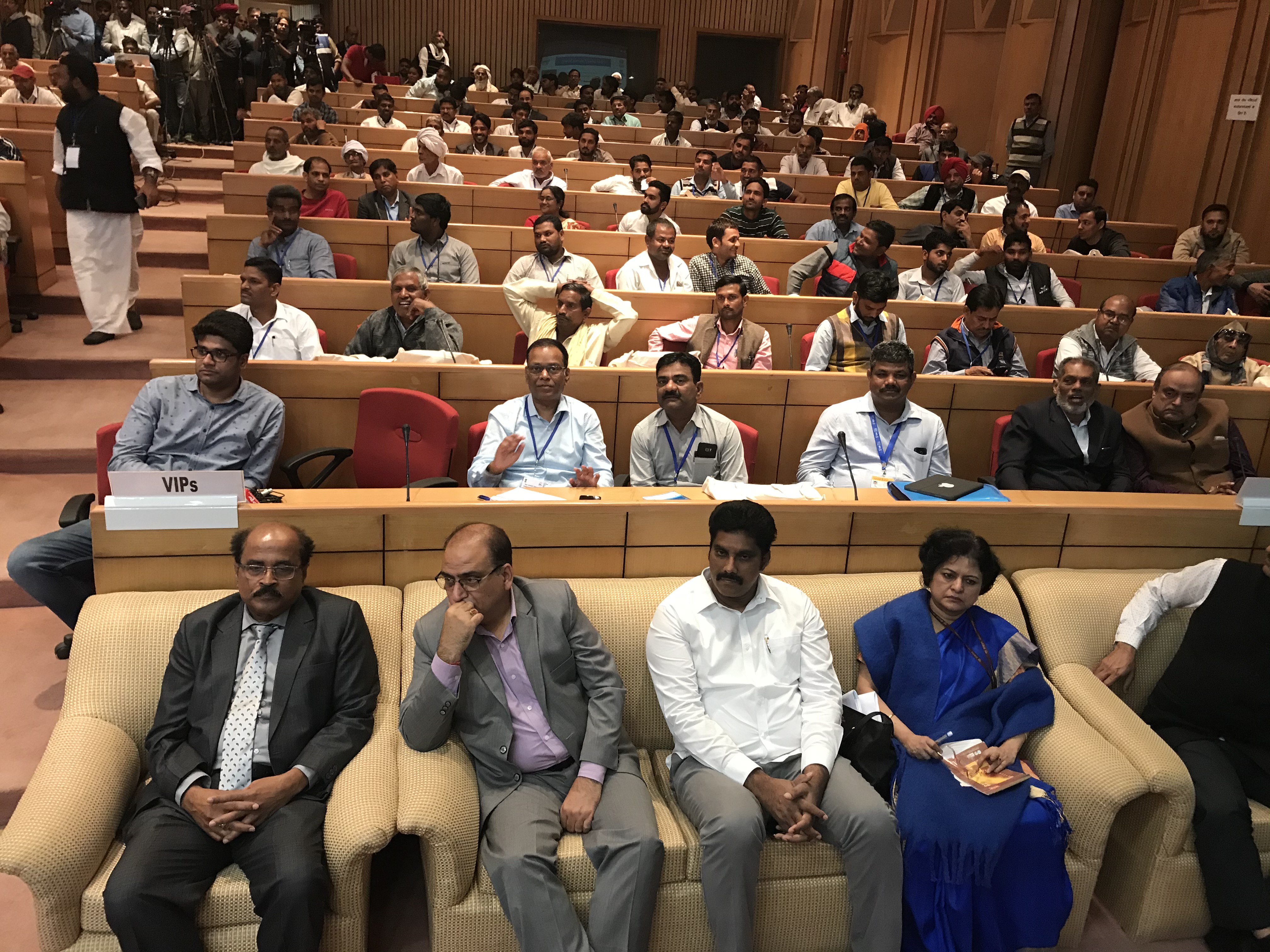