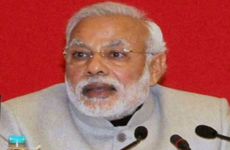 The constitution of NITI Ayog is nothing but a fallback on the tried and tested cooperative model of growth and development. It may be taken as a compliment to the philosophy of cooperation the leaders of the cooperative movement have long been harping on.

In Niti Ayog states have been made governing council members like it is there in a typical cooperative board. In Planning Commission, though they were part of what was then known as NDC, they were at the receiving end. Here, as the GC members they have the right to set the agenda of meetings.

The “cooperative-ism” marks the difference between Planning commission and NITI Ayog. While the former was a top-down approach the latter a bottom-up strategy, point out experts underlining the importance of the spirit of cooperation in the NITI Ayog.

It was clear as the word cooperative dominated the entire discourse in the first meeting of the National Institution for Transforming India (NITI) Aayog in Delhi Sunday. The meeting presided over by Prime Minister Narendra Modi, felt that cooperation between states and the Centre is key to the agenda of development.

Prime Minister conceived this novel concept as he came from a state with a strong tradition of cooperative movement, commented an expert. In the words of Prime Minister Narendra Modi “ cooperative federalism will help trigger a virtuous circle of progress and prosperity in India”.

The Prime Minister appreciated the team spirit shown by all participating Chief Ministers through thoughts and vision expressed by them during the meeting.