by Ajay Jha
in Laws/Legislations
0

The passing of the long-pending Multi-State Co-operative Societies (Amendment) Bill, 2010 finds a mention in the list of business for both Houses of Parliament during the winter session 2019. There are about 27 bills in all that the Parliament aims to pass in this Session.The Session is starting from today that is Monday.

It bears recall that the Bill has been pending in the Lok Sabha since November 15, 2010. In May 2013 the Union Cabinet approved moving official amendments to the Bill and later it was vetted by Law Ministry. Niti Aayog called a meeting of co-operators to deliberate upon the provisions of proposed changes in the Bill this year.

Later, the Ministry called a meeting of co-op officials, leaving behind co-op leaders leading to heart-burns among the latter. Luckily, the meeting never took place.

While many provisions of the Bill are being hailed there are some which are not being welcomed by the co-op sector and its leaders. One of them is “without the concurrence of AGM, the term of elected boards could be enhanced or reduced. Further, it proposes that if a cooperative society is in loss for three consecutive years it can be liquidated or its properties mortgaged.”

Another obnoxious provision relates to the retirement age of CEOs/MDs of multi state co-op. Earlier, Kamna Prasad, a ministry official made a strong pitch for retiring CEOs or MDs of co-op organizations at the age of 70- on a par with RBI’s retirement age for private banks.

Cooperators believe that if a CEO is delivering the Board should be the final body to decide on his retirement. Is this provision not going against the autonomy of co-op bodies so crucial for their growth? They ask adding the govt miss no chance to declare its commitment to co-op autonomy but it amounts to nothing when it comes to adhering to it. 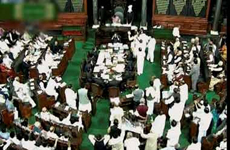 The draft of the bill has been not made available to the media but informed sources say there are 19 amendments in all that are proposed in the Bill.

Some of the major provisions of the bill

1 The central registrar may declare a multi state cooperative society as sick. He may dissolve the board and constitute an interim board for a maximum period of 5 years.

2 A Multi State Cooperative Society may refund full or part of the share capital held by the government on the face value or book value whichever is higher.

3 one seat will be reserved for scheduled castes or schedule tribes and two seats for women in the board of a multi state cooperative society.

4 The board will constitute an audit and ethics committee in accordance with the bye laws which shall meet once in three months. Besides, the Central Government may lay down auditing and accounting standards to be adopted by the societies. The Central Govt also may order for a special audit of multi state societies where the central govt or state govt holds any share capital

5 On receipt of reference of dispute, the central registrar may decide the dispute himself or may transfer it for a decision to such person and upon such terms and condition as may be specified. The order passed under this sub section shall be final and binding and shall not be called in question in any court.

7 The Central government will appoint a Cooperative Election Authority which will conduct the election, prepare voters list and appoint returning officers

8 The Central government will establish a fund to be called the Cooperative Rehabilitation and Reconstruction Fund in which a society has to contribute 0.005 to 0.1 percent of its turn over subject to a maximum of Rs 3 crore a year

11 There would be compulsory filing of applications, document, inspection etc in electronic form.

It felt the need to keep the legislation in tune with the changing economic policies and to facilitate the multi-state co-operative societies to take advantage of the new and emerging opportunities.