Kribhco MD Rao gets standing ovation at his farewell

by Rohit Gupta
in Featured, KRIBHCO
0

Each of them narrated several small but meaningful incidents from their experience of working together the Rao. Rajan Chowdhry said we at Kribhco would only look at volumes of fertilizer produced or sold but it was Mr Rao who taught us the importance of calculating the cost involved and return achieved from each investment.

Chowdhry spoke at length on the prevailing fertilizer scenario in Indian economy and the odds against Kribhco. “Despite all these Rao saheb would never flinch from raising salaries of employees. It is because of his efforts that those retiring today with Mr Rao have good words to say about Kribhco and we are so proud of this”, underlined the new MD.

Marketing Director Sirohi said that it was N S Rao who made Kribhco look beyond urea and urea alone. He converted it into multi product cooperative organization by introducing so many new features. Calling him as his guide and philosopher Sirohi talked about many new dimensions introduced by Rao in marketing department.

“His stress on field meeting and reviews of plans on a timely basis was like introduction of a new culture at Kribhco. Everyone would fret and fume in the beginning but all would appreciate the same at the end, stated Sirohi. 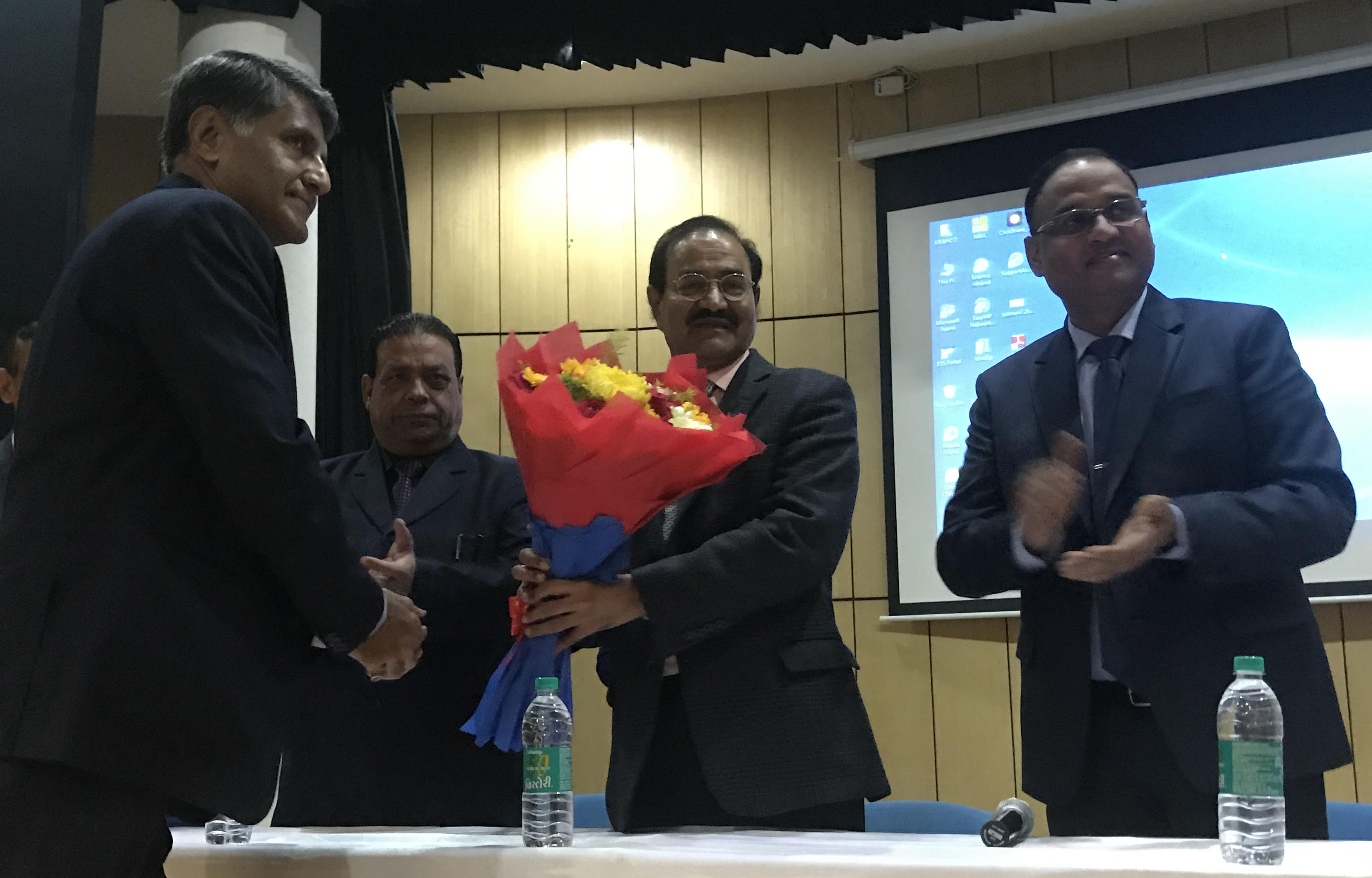 changes in the working culture of Kribhco. “He raised the bar of performance for each of us”, said S S Yadav.

When the turn of the hero of the show N S Rao came, there was unending applause from the packed auditorium. An emotional Rao narrated stories from him his life as to how he quit govt job with FCI to join NFCL and how he finally ended at Kribhco as its MD.

Rao who served Kribhco for more than a decade without even a tiny scar on his reputation said he is going satisfied. “There are challenges no doubt but the new leadership would overcome them easily”, he added.

Earlier, a video on his life was shown to Kribhco employees. Rao’s daughter Ms Nandita who is MS from USA spoke about her Dad and said we are so happy that we are getting him back. The whole atmosphere was imbued with emotion and positivity as even the new MD acknowledged the role of Rao in his selection.