A graduate from Shri Ram College of Commerce, New Delhi (SRCC) Rajan Chowdhry has been chosen to head the second largest fertilizer cooperative in India Kribhco. The Kribhco Board chaired by Dr Chandra Pal Singh Yadav put the seal on his name in its Monday meeting.

Rajan who was Finance Director in Kribhco replaces N S Rao who retired after an unblemished innings of 10 years as MD on Monday. Chairman Dr Yadav threw a party in Rao’s honour and remembered the sterling services rendered by him as the MD of Kribhco.

Kribhco staff members are happy with the choice of Rajan Chowdhry as they call him Apna Banda (one of their own). “Being headed by an outsider and proving before him one’s worth is a longish process but with Rajan Saheb as head, everything and everyone is known”, said a senior official on condition of anonymity.

Joining Kribhco as Assistant Manager some three decades ago, Rajan rising from the ranks knows the organization better than many people. Even those who are not close to him like him because of his positive disposition. “He is mild mannered, even-tempered and a patient listener—everything that a team leader should 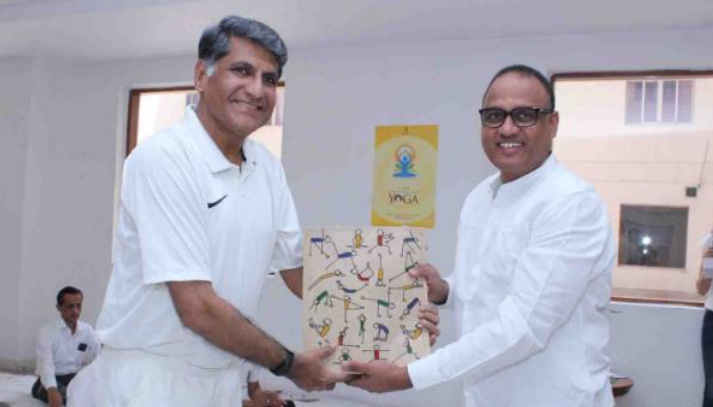 have”, said one of the Kribhco employees.

Chowdhry, is a Director on the Kribhco Board since March 10, 2014. He is the Chairman of the Audit Committee and member of the Nomination & Remuneration Committee.

In terms of academic qualifications Rajan has many pluses. He was promoted as the Finance Director of KRIBHCO’s as he also happens to be a Fellow member of the Institute of Chartered Accountants of India.

Prior to this he was on deputation from KRIBHCO to Kribhco Shyam Fertilizers Limited (KSFL) and held the position of Director & Chief Financial Officer of the Company till December, 2013. He has extensive experiences in all aspects of finance & accounts operations, say his associates.