IFFCO’s top guns have been making efforts to help realize the goal of PM Narendra Modi of doubling farmers income.

Earlier, IFFCO Director Dileep Sanghani, MD Dr U S Awasthi, HR Director R P Singh and Kumar had met Mansukh Mandaviya to discuss some of the novel ideas IFFCO has in its kitty. “We have some of the brilliant ideas related to doubling farmers’ income as wished by the Prime Minister. They would be rolled out in course of time and you to come to know of them soon”, said MD to Indian Cooperative soon after the meeting. It was clear he did not wish to share the details in haste.

Coming to recent meeting of Kumar with Tomar, a source is quoted saying it may now be the turn of Union Minister Tomar to participate in IFFCO’s neem plantation campaign.

It is worth a mention that Cabinet Ministers and Chief Ministers from various states including Yoga Guru Baba Ramadev have participated in IFFCO’s neem plantation campaign.

In his tweet IFFCO MD Dr U S Awasthi wrote informed about the meeting saying Kumar updated the Minister about the progress of neem plantation by IFFCO across country and discussed Sikkim IFFCO Organics.

IFFCO has been active in tree-plantation for a long time with its Managing Director Dr U S Awasthi urging upon everyone to plant at least one tree and underlining their commitment to upholding the idea of ecological balance in the world.

This year, in the beginning, an international conference on neem-cultivation in Kashi Vidyapith in Varanasi recognized IFFCO’s MD Dr U S Awasthi’s contribution in the field of neem-cultivation across the country and the august body bestowed on him “Neem Ratna Award 2018”. 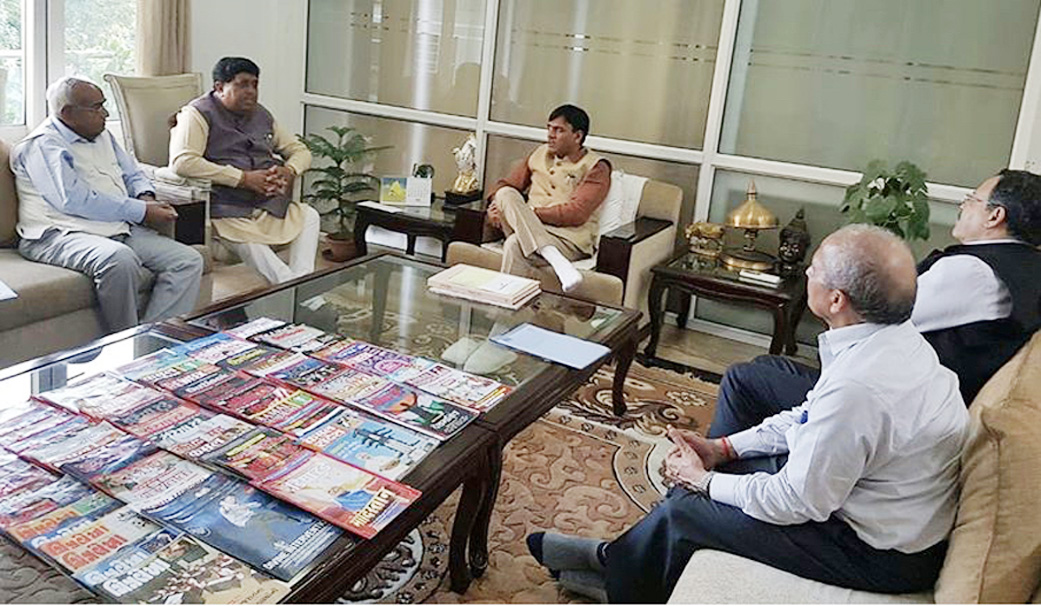