Nano would reduce fertilizer input by 50%

The co-op titan IFFCO effected a paradigm shift on Sunday at its mother plant in Kalol in Gujarat when it launched the field trial of new generation of fertilizers- Nano Fertilizer- on its 52nd birthday.

The historic act of unveiling the cutting-edge technology was done by Union Chemical and Fertilizer Minister Sadananda Gowda. And those accompanying him on the occasion were Mansukh Mandaviya, Union State Minister, Parshottam Rupala, Union State Agriculture Minister, among IFFCO top guns including Chairman and MD. Dileep Sanghani, Jayesh Radadiya and Gujarat’s Deputy Chief Minister Nitin Patelt, among others.

IFFCO’s Nano products were simultaneously launched from 11 places from across the country.

The event saw the participation of farmers from across the country. IFFCO’s Marketing Director Yogendra Kumar said farmers have come from all the 26 states and 3 UTs. About 34 farmers, all dressed in traditional attires and a 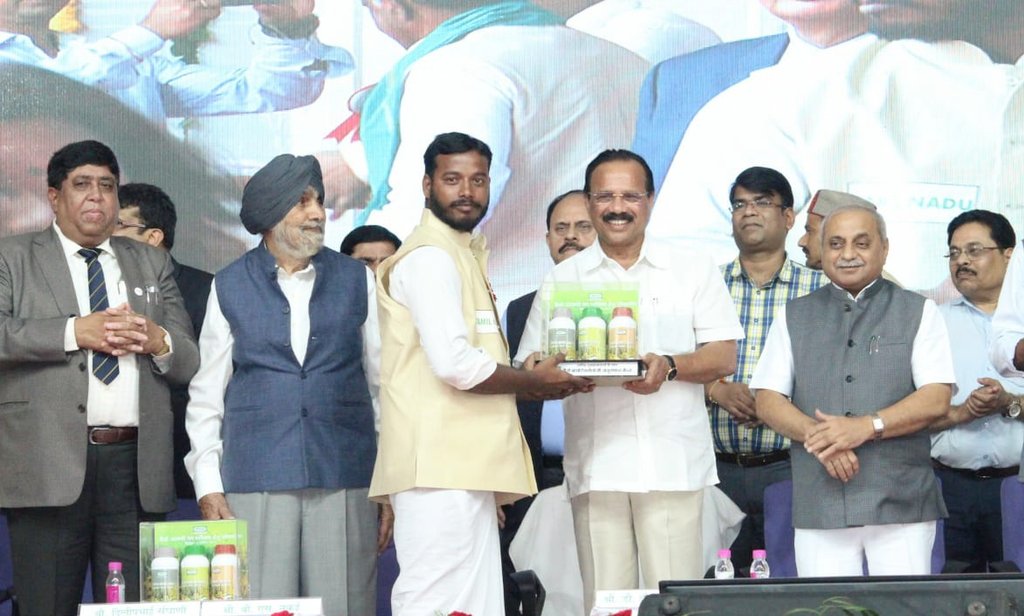 majority of them being women were felicitated by the Union Minister Sadanand Gowda. They were given samples of the new product-Nano Nitrogen, Nano Zinc and Nano Copper.

These products have been developed indigenously at the IFFCO Nano Biotechnology Research Centre (NBRC), at Kalol Unit. These nanostructured formulations effectively deliver nutrients to the plants. Other benefits of these Nano-products include Reduction in the requirement of conventional chemical fertilizer by 50%, Up to 15-30% increase in crop production, Improvement in soil health, Reduction in the emission of greenhouse gases and their being environment friendly.

Delivering his introductory speech on the occasion, Dr. U.S Awasthi, MD, IFFCO said “52 years ago it was a phase of chemical fertilizer and now is the time of Nano products. Kalol our mother plant is witness to both historic developments”.

Lauding the Prime Minister’s vision Awasthi said “IFFCO got active in producing the cutting edge technology ever since the Prime Minister said from the ramparts of Red Fort that chemical fertilizers should be reduced”.

Speaking at the event, Sadananda Gowda, Union Minister of Chemicals & Fertilizers praised IFFCO for its efforts 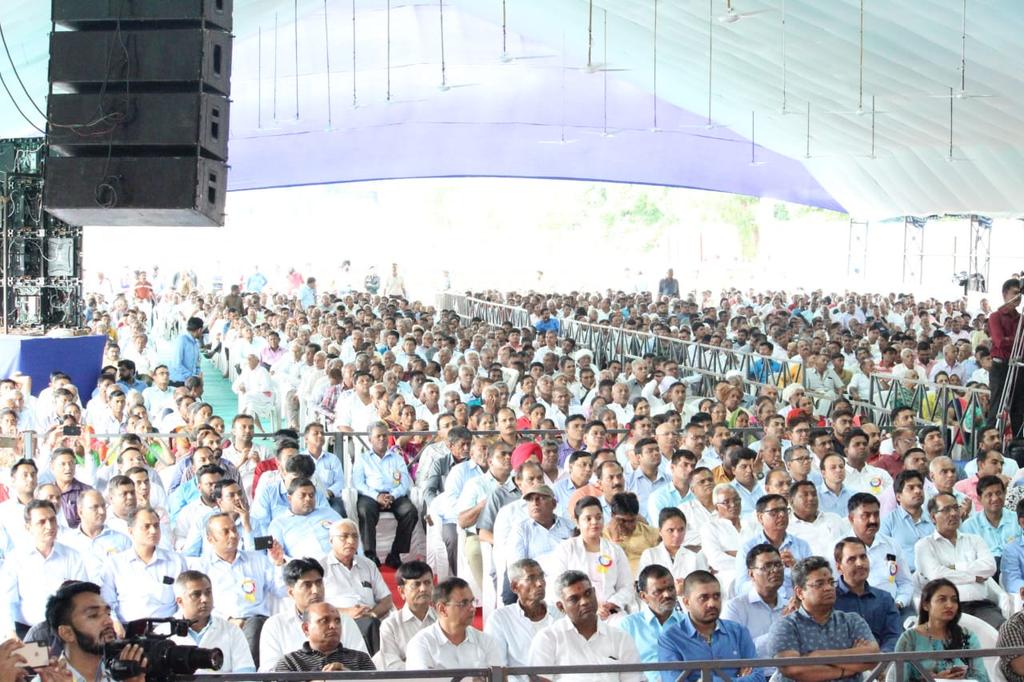 and said “This step will certainly help fulfill the vision of our Hon’ble PM Shri Narendra Modiji for doubling the farmer’s income by 2022.”

He went on to congratulate B S Nakai, Chairman IFFCO and Dr U S Awasthi, MD IFFCO and his entire team for continuing the research and development in this field and taking the lead in announcing such nano products for the first time in India.

“There are many other things which the Govt. of India is doing to benefit our farmers such as DBT in fertilisers, neem-coated urea and the use of POS machines for sales of fertilisers to ensure the reach of fertilizers to every farmer. I am glad to say IFFCO has done a great deal in promoting all these initiatives of the Government.”

He added that, “Though this is a trial for the nano products but I am confident that they will prove their mettle and I hope the farmers of India will start using these products soon.”

Mansukh Mandaviya, Union Minister of State said that, “Due to resource constraints and low use efficiency of fertilizers, the cost to the farmer is increasing dramatically and I praise IFFCO for embracing the future in fertilizers and bringing it closer to the Indian farmers. “

Speaking at the event Parshottam Rupala, Union Minister of State, Agriculture & Farmers welfare said, “The Green revolution 2.0 can only be achieved through the application of modern technology in Indian Agriculture. I am happy that IFFCO is also committed to working together with the Govt. of India in making this possible and the introduction of these smart, advanced fertilizers is a step in this direction.

Also present at the event was Nitin Patel, Deputy Chief Minister, Gujarat who said ” I come from Kalol and have seen the growth of IFFCO from my childhood. It’s a gift to the Indian farmers from Gujarat and IFFCO.”

Post the introduction of the initial range of Nano products, IFFCO aims to introduce newer products in its Nano-product range. Apart from single nutrients it’s NBRC lab is also involved in the process of developing several nutrient combinations in the future as well , claimed an IFFCO official. 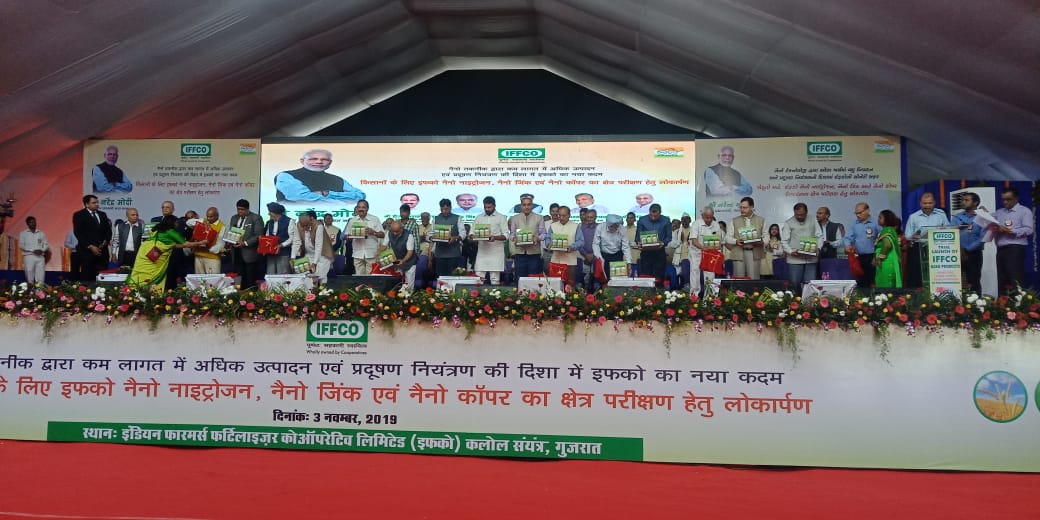 No end of woes for Shivam Sahakari Bank, Kolhapur