Theme of the program was "Khet ki Baat, Khet Par"

by Rohit Gupta
in Featured, IFFCO
0

The theme of the program was “Khet ki Baat, Khet Par”. The farm house was decorated in a way that illustrated advanced farming techniques for the participants.

Union Minister of Agriculture for State Purshottam Rupala was also present on the occasion besides other distinguished guests.

Addressing the farmers Uttar Pradesh Governor Anandiben Patel appreciated the efforts of Ram Saran Verma who has adopted the latest technology in farming and his role in the field of agriculture.

The governor said farming also plays an important role in strengthening the economy. She urged the administration to ensure the purchase of farmers’ produce and urged all successful farmers to adopt one tuberculosis affected child each to ensure their nutrition so that they are able to defeat the disease.

The Governor said there is a need to popularize new technology in agriculture so the dream of Prime Minister Narendra Modi to double the income of farmers could be achieved by 2022.

Union minister Purushottam Rupala was all praise for Ram Saran Verma ‘s farming with the help of the latest technology and described it as a major contribution in the field of agriculture. 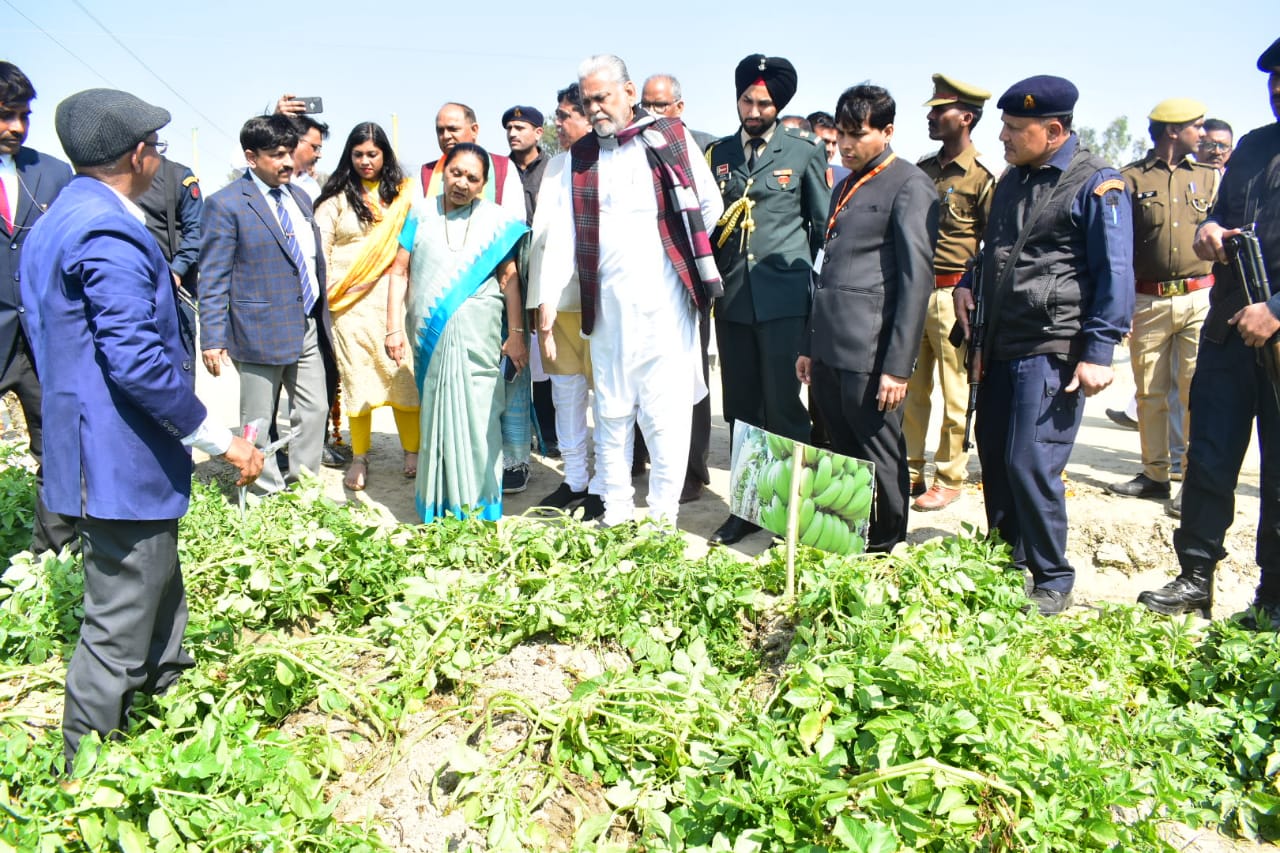 In his remarks, Rupala also appreciated the efforts of IFFCO for new innovations. IFFCO’s Nanotechnology based products are the new revolution in agriculture and it is the biggest milestone, Rupala noted.

“Farmers had to take the urea bag on their shoulders but with the initiative of IFFCO they could carry the bottle of urea in their pockets. Presently, the field trail is going on the farms of over 11000 farmers”, Rupala said while showering praise on IFFCO.

Later, IFFCO MD Dr U S Awasthi and its Marketing head Yogendra Kumar explained the benefits of IFFCO’s Nano Technology based products especially Nano Nitrogen to Governor of UP.

IFFCO MD Dr U S Awasthi shared his views and disseminated the information through social media. He wrote, ” It was my honour to address the august gathering of farmers in program “Khet Ki Baat Khet Par” in presence of Hon’ble Governor of Uttar Pradesh Smt. Anandiben Patel @GovernorofUp and Sh. @PRupala MoS, Agriculture. I shared my views on IFFCO’s new products & vision. @PMOIndia.

The Governor also visited the stalls setup for the farmers and felicitated eight farmers on the occasion.