IFFCO is pride of India: Rupala

by Amit Awana
in IFFCO
0

Even as one arm of the govt fails to notice the role being played by the largest fertilizer cooperative in the world IFFCO, the other arm goes all-out to shower praises on its constructive role being enacted by it at the rural India scenario.

The meeting was attended by more than 400 farmers. During his visit, Rupala also planted trees under the IFFCO’s tree plantation program in his constituency.

Dr U S Awasthi, MD of IFFCO and the man who is darling of many and eyesore of a few, lost no time in thanking the Minister. “Obviously, he needed encouragement for his works and not the brickbats’, said Jeetendra Tiwary, President of officers union at IFFCO.

“We are witness to the hard work he puts in the growth of the organization as well as in helping the cause of farmers but it hurts when the govt fails to notice his contributions”, added Tiwary known for his candid style among the 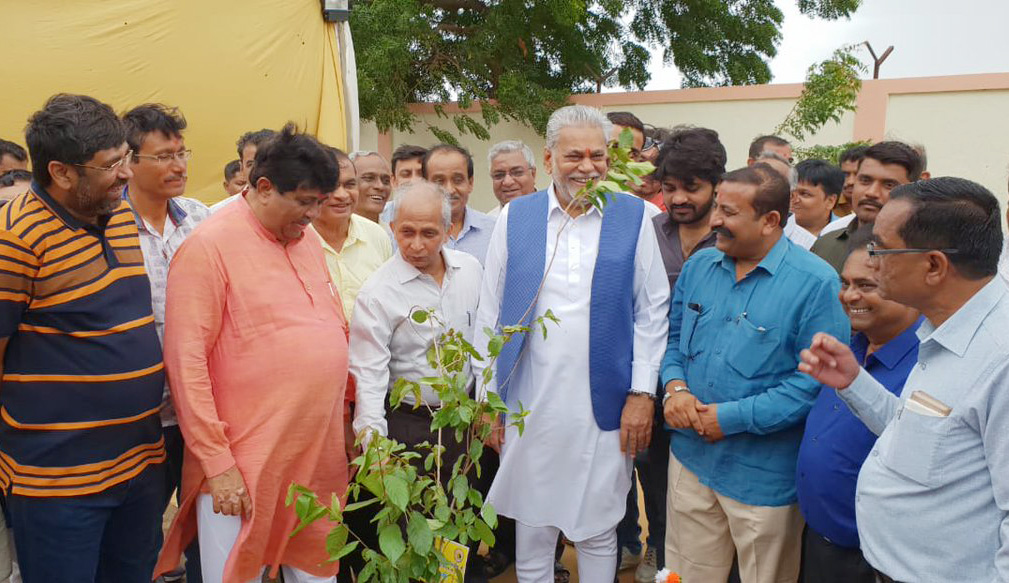 Sharing the details of the event on Social Media, IFFCO MD Dr U S Awasthi tweeted that, “Hon’ble @PRupala MoS, Agriculture,Farmers’ Welfare, GoI addressed the local farmers & cooperators.Talked abt importance of tree plantation. He appreciated work done by #IFFCO for the benefit of farmers. Lauded #IFFCO efforts by saying IFFCO is Pride of India. Tnx to @PRupala Ji”.

In another tweet Awasthi admitted that IFFCO’s Tree Plantation Drive would get a boost by the presence of the Minister. It bears recall that IFFCO has been enlisting the support of several ministers to carry forward the crusade of a green India.

Only a couple of days before IFFCO organized a farmers’ meet in the village of Tajnagar in Haryana on the themes of tree-plantation and bee-keeping. The programme was conducted under the aegis of Smart Gram.