Young and dynamic IFFCO’s Public Relations Head Harshendra Singh Verdhan has done the cooperative world proud by figuring in the list of top 50 most important professionals in PR & Brand Communications in India. His achievement stands out as the PR world has mostly been dominated by the Corporate sector.

The information was made public by Reputation Today recently. The list carries distinguished names from the field. Humbled by the news, Harsh as he is called by his well-wishers posted it on social media leading to a barrage of congratulatory messages.

An IIMC product, Harsh could mostly be seen helping IFFCO Managing Director Dr U S Awasthi during IFFCO’s events. Sincere and resourceful, Harsh would be attentive to whatever his boss may require.

Besides, his IIMC connection makes him a PR professional with a difference. Most of the TV world today is dominated by IIMC graduates and Harsh is a hit with them.

“Harshendra Verdhan is working hard to make co-operative copy for the mainstream media in which he is helped by the trust and brand value of IFFCO’, said a friend of Harsh at IFFCO.

“Preparing press releases and contacting journalists for IFFCO events is one of the jobs Harsh does with ease and finesse” say his team mates.

Talking to Indian Cooperative after he bagged the prestigious award Harsh said proudly “I have honed my skills under the guidance of my legendary Sir”. He was referring to IFFCO MD, Dr U S Awasthi who is held as a hard task master by IFFCO employees.

Soon after the announcement of the Award Harshendra lost no time and thanked his seniors. He wrote on Twitter, “This is a great one for me. Many Thanks to @drusawasthi @iffcoyogendra @Rpsingh5153P sir for your blessings & @IIMCAA for constant support. Tnx to @RepTodayMag. Thanks everyone”.

“Competing with powerful corporates and bringing the honours to the cooperative fold is no child’s play”, wrote one of his media friends who know Harshendra ‘s style of working.

Another of his friend wrote on his twitter wall “Congratulations, Harshendra! A well-deserved honour and recognition for your stellar work!”.

Besides him, others figuring in the list include Chhavi Leekha of IndiGo, Aman Gupta, Managing Director of SPAG Asia, Ameer Ismail President of Golin Opinion.

The magazine is a loaded package with discussions on noteworthy case studies, PR tips and lessons, book reviews, special posts by experts, among other things.

Indian Cooperative also joins others in congratulating him on his victory. 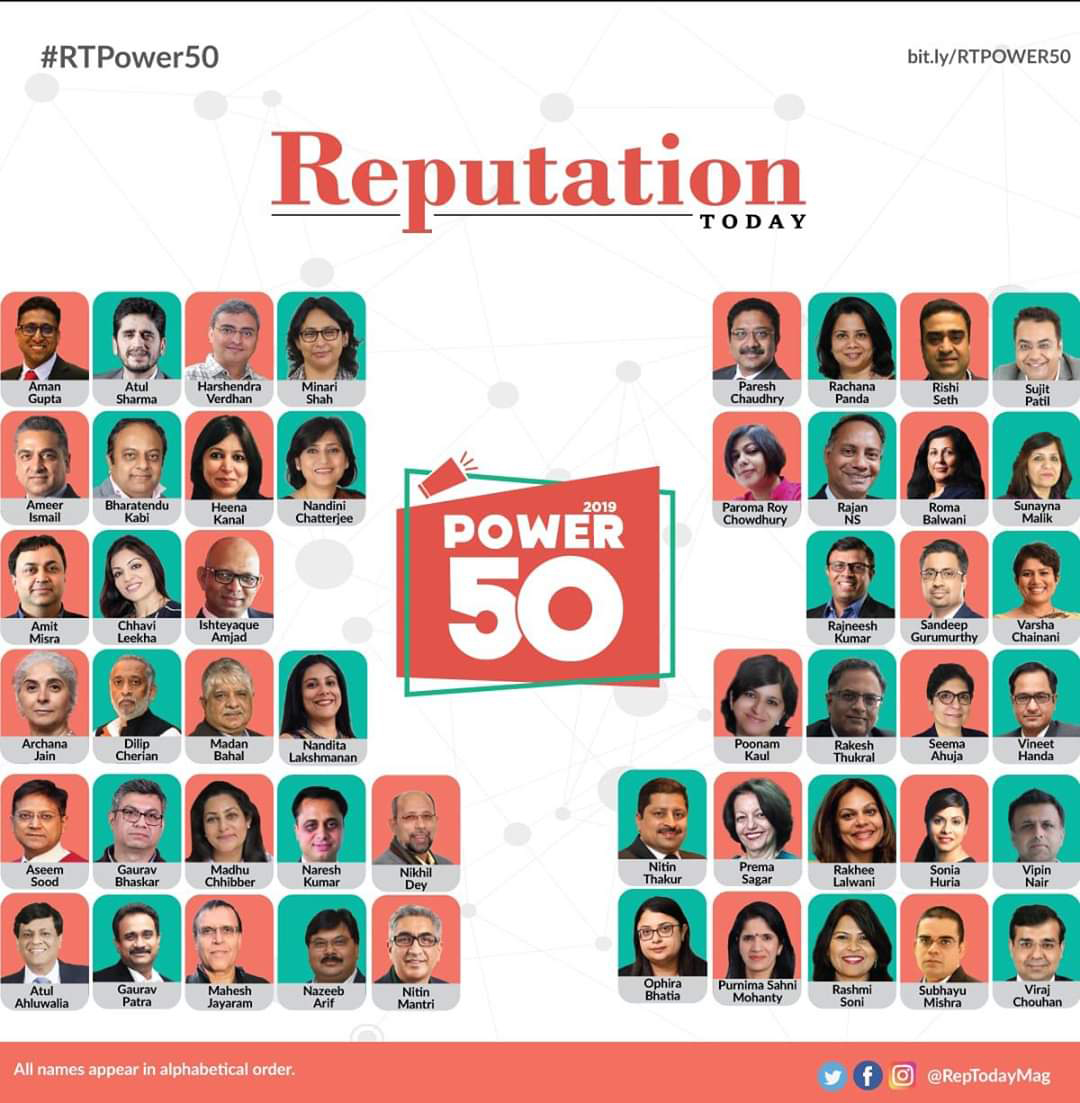