IFFCO and its subsidiary IFFDC organised the show at FMDI Auditorium in Gurugram in which Jalaj Srivastava, additional secretary, Ministry of Agriculture Cooperation & Family Welfare, GOI was the chief guest.

It bears recall that United Nations and FAO have recently announced to commemorate May 20th 2018 as the first ever ‘World Honey Bee’ Day in order to spread awareness about honey bee and bee keeping.

“World Honey Bee Day organised by IFFCO and IFFDC is in line with various programmes set up on the idea of our Prime Minister Sh. Narendra Modi ji’s vision of doubling the farmers’ income by 2022.  Yogendra Kumar, marketing director, IFFCO and SP Singh, chief executive, IFFDC along with over 200 farmers from adjoining areas attended the event”, claimed a press release from cooperative fertilizer giant.

“This also helps farmers, especially women in generating additional income apart from the regular farm income. Honey bee keeping plays a crucial role towards increasing farmers’ income. The steps by IFFCO and IFFDC are commendable in this regard to promote honey bee keeping among agri-farmers”, added the Additional Secretary.

Yogendra Kumar, marketing director, IFFCO said on the occasion, “IFFCO and IFFDC are working tirelessly for the upliftment of rural farmers through its various programmes. In line with the prime minister’s appeal to increase honey bee keeping and production, IFFCO and IFFDC have started a central programme to promote honey bee keeping among farmers.

“We have received very favourable response from the farmers so far. We would continue to work towards various such farmers’ first initiatives affecting over 4 crore farmers across India, directly associated with IFFCO,” Kumar underlined.

Founded in 1967 with just 57 cooperatives, IFFCO today is a union of over 36,000 Indian Cooperatives with diversified business interests ranging from General Insurance to Rural Telecom apart from the core business of manufacturing and selling fertilisers. It has more than 17 associates and subsidiaries working for the benefits of the farmers and rural India. IFFCO has 5 operational plants in India and 3 outside India. It is reaching out to more than 5.5 million farmers transforming their lives. 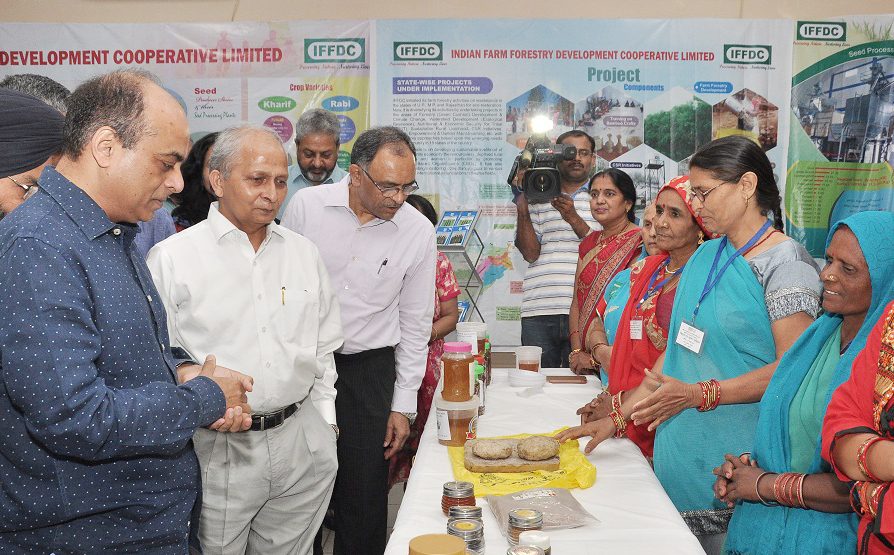