by Ajay Jha
in Featured, From States, IFFCO
0

IFFCO Managing Director Dr U S Awasthi was given the prestigious Laxmanrao Inamdar Memorial Award for his outstanding contributions in promoting the cooperative movement in the country on the occasion of the 6th National Convention of Sahakar Bharati organized on Saturday in Pushkar, Rajasthan.

In his tweet soon after receiving the award IFFCO MD Dr U S Awasthi wrote, “I am happy to share that today, I am bestowed with Late Laxmanrao Inamdar Memorial Award established by Sahakar Bharati for growth & promotion of Cooperatives at 6th Ntl Convention at Pushkar by Sh. Jyotindra Mehta, President Sahakar_Bharati”.

Awasthi is credited for making IFFCO a successful cooperative model. He has connected about 3600 cooperative with more than four crore members.

The much touted National Convention was however not attended by any of the Union Ministers as publicized earlier by the Sahakar Bharati. Neither Piyush Goyal nor Nitin Gadakari attended it. They were said to be busy with Parliamentary session. “But it was Saturday when the event was inaugurated and they could have made it”, said a Sahakar Bharti official on condition of anonymity. The same Gadkari attended a co-op event in Pune same day and felicitated Vidyadhar Anaskar, he reminded.

But the presence of famed Prof. Vaidyanathan, veteran economist compensated for the absence of the ministers, he added. Besides, more than 3000 delegates from 400 districts India attended the convention. The states of Karnataka, Maharashtra, Gujarat and Madhya Pradesh contributed huge number of delegates.

Sahakar Bharati organizes National Conference once in three years in which its National executive Council is reconstituted. It also prepares a road map for the next three years in conference. 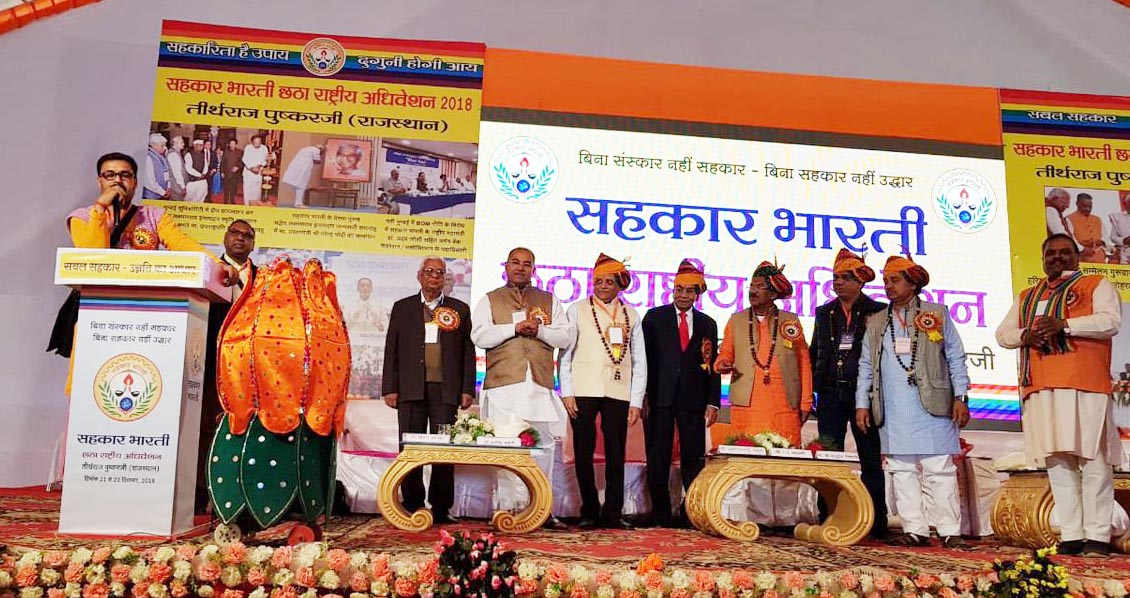