Valedictory of workshop on women empowerment comes to an end

by Staff Reporter
in ICA
0

Vasudha Mishra, whose tenure as NCDC’s Managing Director is still being remembered for its push on women-oriented programmes, came up yet again with a novel idea. Idea of taking over ailing PSUs by co-operatives!

“Since many PSUs are likely to be disinvested, it is high time cooperatives got their act together to convince the government and take over some of these PSUs’ through effective plans”, said Ms Vasudha Mishra.

Additional Secretary in the Ministry of Agriculture and Farmers’ Welfare Vasudha said this at the valedictory function of a two-day workshop on ‘Enhancing Gender Equality for Cooperative Business’’ organized by ICA-AP and NCUI at Delhi from 20-22nd August,2019.

The workshop was attended by members of ICA-AP Women Committee and other women representatives from cooperatives in Asia-Pacific Region, including Japan, Nepal, Iran, Philippines, Thailand, India, etc. says NCUI in its press release.

Ms Mishra elaborated that the time is ripe for cooperatives to make meaningful interventions as the public sector is facing a lot of pressure. The cooperative model which lays emphasis on sustainable and equitable growth has more relevance today; the government is planning to come up with a policy to improve the functioning of the cooperative sector, she informed.

She felt though there are schemes for the benefit of the farmers in the agriculture sector, the cooperatives do not have such schemes. She however felt that the government as a priority will promote Farmers’ Producer organizations so as to double farmers’ income, which will provide a good opportunity for many of the cooperatives to float FPO’s.

She also emphasized on the need for creating a good awareness about various schemes of the government in every nook and corner of the country for which cooperatives can be a best medium.

Earlier, chairing during one of the sessions on boosting of the status of women at work-places , she said that the government is considering to come up with a provision in Multi-State Cooperative Societies Amendment Bill for an internal complaint committee in cooperative organizationsto prevent sexual harassment of women.

Bala Subramanian Iyer, Regional Director, ICA-AP speaking on the occasion said that we need to look upon cooperatives as a start-up venture, and this should be widely popularized in schools, colleges and universities. He said that ICA-AP has been committed to promote gender equality in all the cooperatives of the Asia-Pacific region.

The session was moderated by Ms Nandini Azad, Chairperson, ICA-AP Women Committee. She said that ICA-AP Committee on Women has taken for the first time a good initiative in collecting gender disaggregated data considering that data collection and analysis have been a weak area in the functioning of cooperative organizations.

The workshop mainly recommended that women should be allowed to carve out their own destiny in cooperative organizations. Besides, eachcooperative needs to have better institutions so as to tackle sexual harassment. 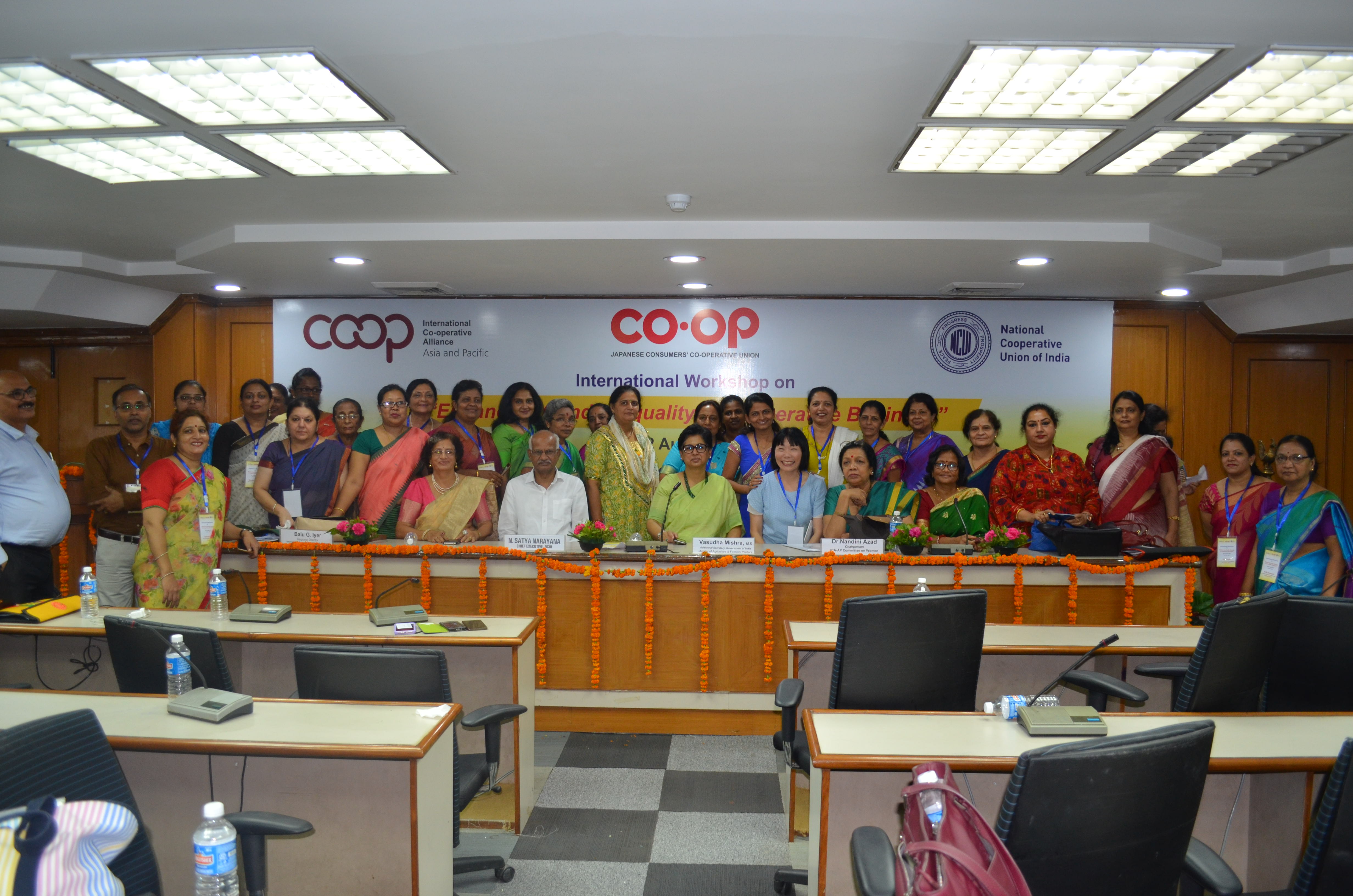