The apex body of fisheries co-ops in the country Fishcopfed organized a National Seminar on the theme of “Empowerment of Fisheries Cooperatives through Blue Revolution” at the NCUI headquarters in Delhi on Friday. Union State Minister Parshottam Rupala was the Chief Guest.

Rupala, who spoke after co-operators had finished drawing their list of demands in their speeches, assured the Fishcopfed that its demand of being nominated as the nodal agency for the implementation of various govt schemes would certainly be considered.

“This govt works on the principle of people participation and co-ops have a huge network. We are ready to work with you and would try to lend you all support. I would sit with you all separately along with the Ministry officials and see what we can do together”, said Rupala sounding positive on the sector’s demand.

Rupala was also all praise for Fishcopfed for its offering of insurance to 31 lakh fishermen and also lauded its role in furthering the PM Jivan Jyoti Scheme. “These are success stories which must be shared among co-operatives”, added Rupala.

Lauding the Prime Minister for his various initiatives, Rupala said ever since Narendrabhai Modi became PM, fisheries had been within his focus. “That is why a separate Ministry for fisheries was created, he added. Earlier, there was emphasis on increasing production but he lay emphasis on raising income and by 2022 the income of farmers would be doubled”, he stated. 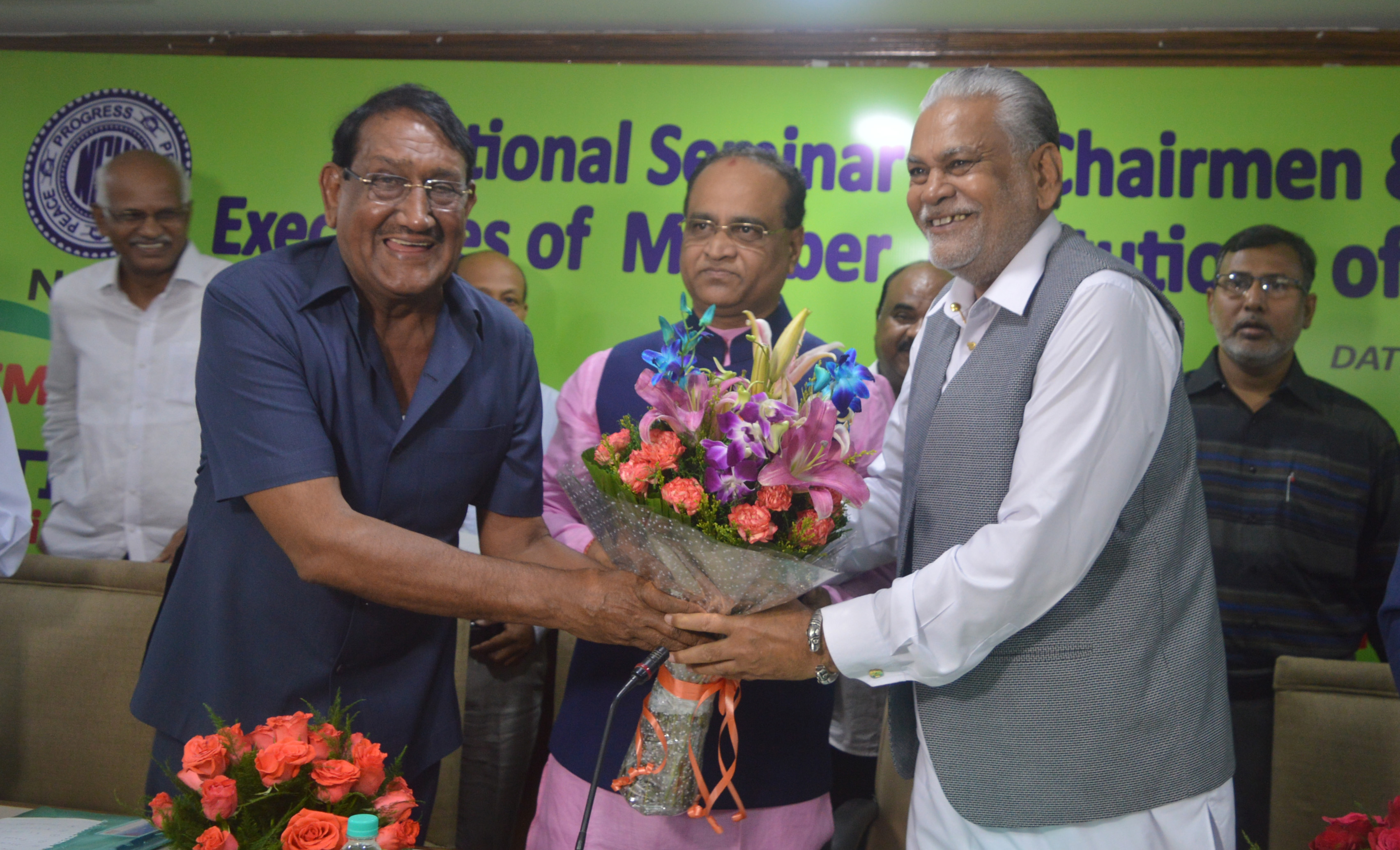 Most of all, Rupala exhorted co-operators to help open bank accounts of as many fishermen as possible. “Kisan Credit Card which offers Rs 1.6 lakh loan without any collateral has been extended to fishermen but they can avail this only when they are made aware of it and have a bank account. If you face problem here please come to me”, he asserted.

Lastly, Rupala also talked of developing a culture of saving among co-operatives which, he said sadly is not there in our co-ops. “Can you collect just one rupee each from your 31 lakh registered members per month? Do you know the corpus it would build for you in 10 years of time, he asked. The Govt is not shying away from supporting you but you should also develop a habit of saving”, Rupala hastened to add. He also gave an interesting example of saving from his personal life to drive home the point.

Welcoming the guests Fishcopfed MD B K Mishra explained the need for empowerment of fishermen-the subject of the seminar. Expressing the fact that Fishcopfed has a vast network of 21,000 fisheries co-ops in its fold, Mishra demanded 20% of NDDB fund for Fishcopfed.

Mishra also enumerated different activities being carried out by Fishcopfed including insuring fishermen and implementing the PM Jivan Jyoti scheme, among others. We are ready to do everything assigned to us including pension scheme for fishermen, he said pointing to the Minister.

While Fishcopfed Chairman demanded a separate budgetary provision for Fishcopfed, Nafcub President demanded parity between co-ops and corporate in the matter of Corporate tax. While Bijender Singh who doubles up as Nafed Chairman thanked the Minister for helping to revive Nafed, NCUI’s CE offered to meet all the training needs of fishermen.

Fishcopfed Vice Chairman proposed a vote of thanks.