Prime Minister Narendra Modi addressed a massive rally in the constituency of veteran cooperative leader Dileepbhai Sanghani at Dhari, Amreli district of Gujarat on Monday and spoke about the efforts of the BJP government to create a vibrant dairy and cooperative network in Saurashtra.

While praising Sanghani, Modi said “My friend Dileepbhai would always raise the issue of crop insurance to farmers when Atal Behari Vajpayee ji was in power. Now, we have put in place a comprehensive crop insurance scheme for the farmers,” he said. He also tried to remind the crowd of how the BJP had played an important role in promoting the dairy sector in the Saurashtra region.

The PM also spoke at rallies in Bhuj, Jasdan and Kamrej on the same day.

It bears recall that the BJP replaced the sitting MLA Nalin Kotadiya and fielded Dileepbhai Sanghani from Dhari. Sanghani is believed to wield a considerable influence in the region. The Gujarat Legislative Assembly polls are to be held in the two phases on December 9 and 14.

Sharing the details of his visit on twitter, Modi tweeted “Addressed a massive rally in Dhari, Amreli district. Spoke about the efforts by @BJP4Gujarat Governments to create a vibrant dairy and cooperative network in Saurashtra. Also highlighted the steps being taken to promote the blue economy.

Modi perhaps knows that the going would be a little tough for his party in Amreli, dominated by Patels.

Sanghani’s childhood friend and Union Minister of State for Agriculture Parshottam Rupala’ was also present on the occasion.

“The BJP government in Gujarat got dairies to Saurashtra. Amreli has emerged as a hub for cooperative dairies over the last two decades,” said PM Modi in his speech.

He further said Amreli district is on the coast and it is the BJP government in Gujarat that worked on harnessing the coastal strength of this district. We focused on the blue economy.

Gujarat is my soul and mother, my relationship with you is that of equality since you call me brother, said Modi. Talking about his own track record, he said officers did not want to get posted to the Kutch region as the water here was black in colour but now Narmada waters have turned the situation around.

We have lived through the shortage of water. Many families did not let their daughters marry into families from Saurashtra for lack of water, said PM Modi.

‘Dhari’ is a town located in Amreli District of Gujarat with 2.1 lakh voters and 30 percent of the total population is Patidar and 70 percent Kadiya Kumbhar, Brahmin and other sundry other castes. 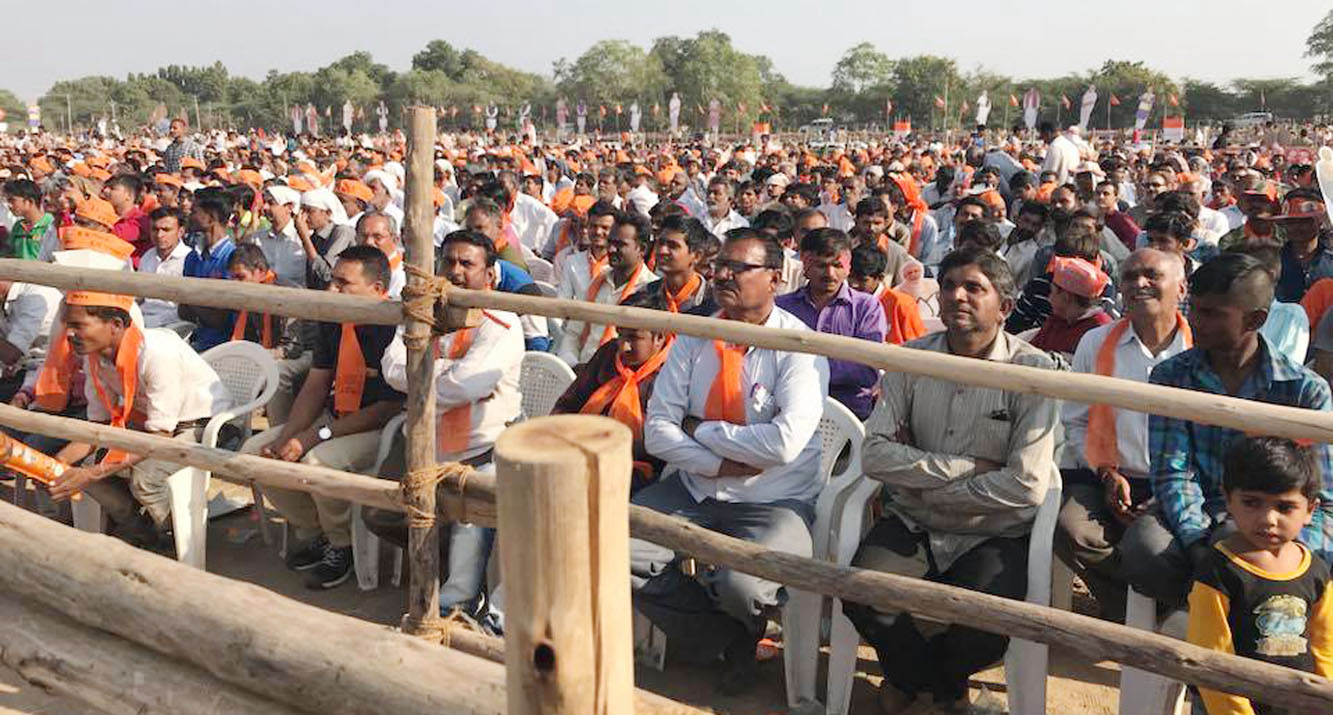