Union Minister of State for Chemicals and Fertilizers Mansukh Mandaviya underlined the importance of training farmers in the balanced use of fertilizer so that it may reduce urea consumption by 25-30 percent. Mandaviya said this while addressing the 55th Annual function of the Fertilizer Association of India in Delhi on Monday.

The mindset of farmers has to change and they need to be educated into the use of the balanced fertilizer. An excessive use of urea affects the soil health in a big way. Besides, the minister thanked IFFCO for innovating the Nano Fertilizer saying there was a meeting in PMO on how to implement it.

The minister promised to resolve the issues of the fertilizer sector sooner than later. ”As the industry has served the farmers of the country, this is the job of the govt to help them grow. I am aware of issues such as fair taxation, correction of price distortion, timely payment of subsidies, etc”, said the minister. We are working on providing timely subsidies to the companies, he noted.

The minister also called upon the organizers to identify the farmers who have done good work in agriculture research, enhancing the agriculture production and they should be felicitated on the occasion. 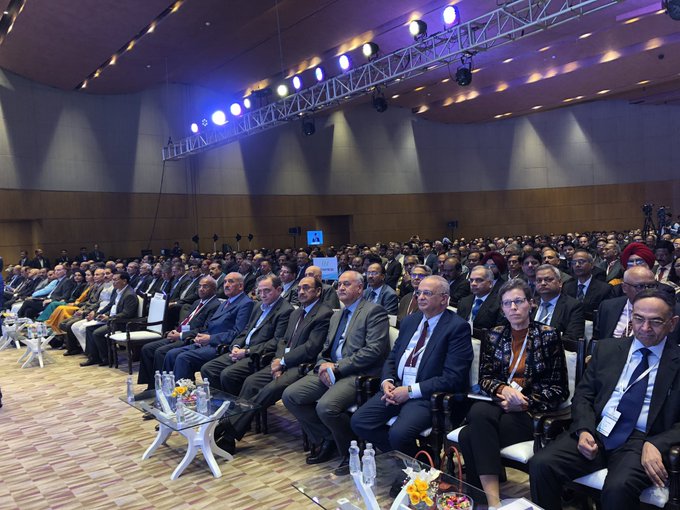 FAI’s 3 day function is being attended by several vice-chancellors of agri universities, agri scientists, captains of industry and doyens of the cooperative sector.

Speaking on the occasion DG of FAI Satish Chander explained the history and objectives of FAI and urged the minister to resolve pending issues related to the fertilizer sector. The theme of the seminar is “New Approach to fertilizer sector”.

In his speech the DG also mentioned about the subsidy backlog and amending policies to help the sector.

Chairman of FAI, K S Raju said the fertilizer sector could do wonders if the government supports it. There is an urgent need to amend the urea policy. The delay in payment of subsidy is impacting the working capital of fertilizer cooperatives, he remarked.

Awards were distributed on the occasion. IFFCO and Kribhco annexed quite a few awards each. The most talked about award was the Dr U S Awasthi Life-time Achievement Awards of Rs 2.5 million.

The awards were given away by Union Minister of State for Chemicals and Fertilizers Mansukh Mandaviya and Chhabilendra Roul, Secretary of Chemicals & Fertilizers. Many international delegates also present on the occasion.

Union Minister for Chemicals and Fertilizers D V Sadananda Gowda was supposed to grace the occasion but due to his last minute engagement he could not make it to the event.