Sanghani, Awasthi, Joshi and others join the chorus

Leading from the front several cooperative leaders observed a total curfew on the call given by the Prime Minister on Sunday from morning to evening. Some of them have even sent interesting pictures of blowing conchs at 5 pm to express gratitude to the health workers.

Dileepbhai Sanghani said he blew conch to say thanks to Doctors, nurses, soldiers, and govt staff members offering essential services to us. “Thanks for taking care everyone Thanks to the supply chain, thanks to the transactions of goods, everyone who is involved in giving fight to this Corona”, tweeted Sanghani.

IFFCO MD Dr U S Awasthi who was joined by his wife Mrs Rekha Awasthi in applauding the health workers said “Let’s salute all contributing in fighting against the pandemic #Corona. I was joined by my wife @awsathi_rekha in saluting all Doctors, nurses, scientist & researchers, all healthcare workers & government working tirelessly to prevent the spread of corona virus. @narendramodi.” 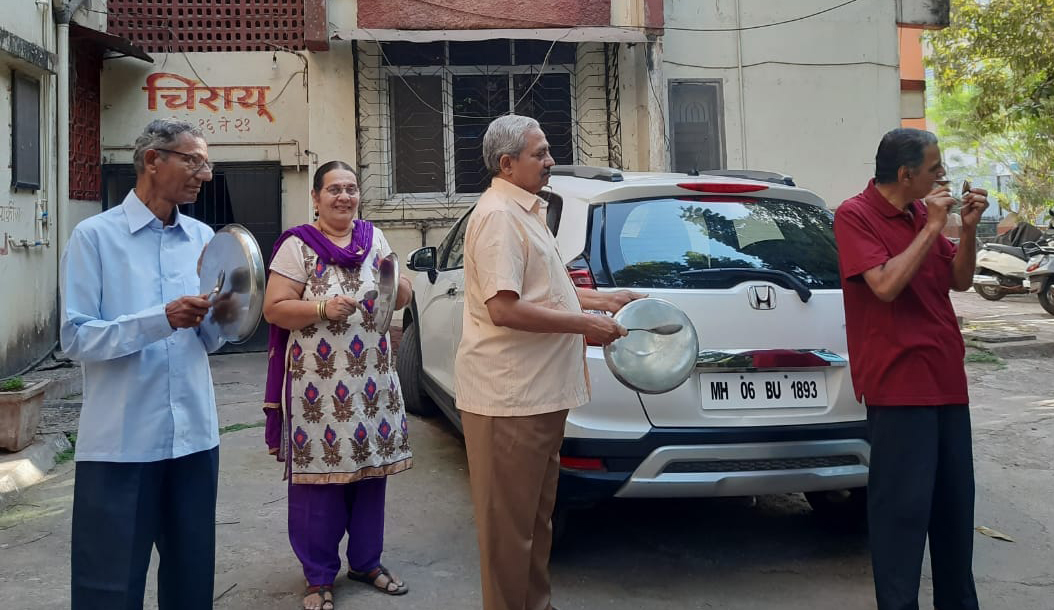 health workers. Joshi said at the initiative of the Prime Minister I along with residents of out building joined banging of thalis for the health workers.

Meanwhile, Prime Minister Narendra Modi has thanked people for responding to his call to observe the ‘janata curfew’ and supporting health workers by clapping, ringing bells or banging ‘thalis’.

Eighty cities including Delhi, Mumbai, Kolkata, Chennai and Bengaluru are being placed on complete lockdown this month as India fights to contain the spread of coronavirus. 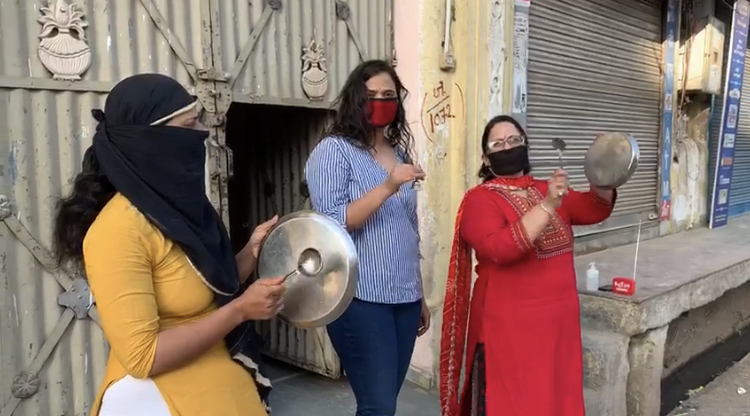 Trains, metros and inter-state buses have been suspended across the country. Markets, malls, cinemas, schools, colleges and gyms are already shut in most of the states. Many states have also imposed Section 144, a law that bans more than five people from gathering.

A list of cities on lockdown was released after the Cabinet Secretary had a meeting with Chief Secretaries of all states Sunday morning.