by Ajay Jha
in From States
1

Charges of rigging co-operative elections currently underway in Uttar Pradesh by BJP have been levelled by many candidates owing allegiance to Samajwadi Party.

The typical ploy employed by the ruling party is to prevent the Opposition candidates from filing nomination on one excuse or the other, say SP leaders.

The ruling party is even misusing the state police in preventing candidates from reaching to file nominations and in some cases candidates have been able to do so only after petitioning district magistrates, said Sheesh Pal Singh, an active cooperator from Hapur who is also on the Board of IFFCO.

Buttressing his argument he narrated the tale of a cooperator named Yogendra who could file his nomination from Birpur in Hapur district only after the intervention of the DM last Monday. “You can go and meet him and find out the truth yourself”, Sheesh Pal challenged this reporter.

The exercise is staggered for several months. The elections to the state apex co-op bodies such as PCF, Pradeshik 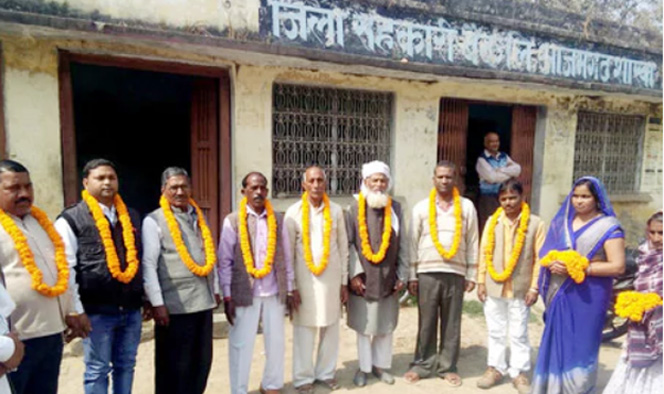 Consumer Co-op Federation or Labour co-op federation and others would take place in May-June.

Already there are several cases awaiting hearing in the court in the wake of elections held so far. These are mostly against the ruling party for rigging co-op elections, says Sheesh Pal. Observers fear a spate of such court cases by the time the entire election process is over.

Meanwhile, UP BJP Chief Mahendra Nath Pandey has claimed the party has won over 80 percent of seats in the elections of Cooperative Federation in the state- a claim contested by Sheesh Pal.

“You know how much they lie, can they give me name of one post that they have filled up”, asked Sheesh Pal. According to Pandey, elections were held for 1405 posts of Chairman and Deputy Chairman of the state Co-operative Federation recently and BJP has won over 80 per cent of seats.

BJP chief claimed the party’s victory will give a new dimension to the development of the state. The victory is also a stamp on the good work being done by both Modi and Yogi, he remarked.

There are around 50,000 registered cooperative societies in the state which leaders of SP have controlled so far. Sheesh Pal, however denies this and says co-op election is not a party affair for us but BJP has made it a party affair and trying to gain success by fair means or foul. “It is sad”, he lamented.