The leading co-op marketing federation of Bihar Biscomaun held its 31st AGM on Monday at Bameti in Patna when it announced a bonanza for its employees who had suffered untold miseries in the past.

“The top management of Biscomaun has decided to hike the salaries of its employees by 10 per cent from this October”, announced the Chairman Dr Sunil Singh which was applauded by the two ministers, among others.

The importance of this announcement could be understood by them who know that in the past for many years staff members were not paid at all. Later, they would be paid partially. And it is only for the last couple of years the Biscomaun management has ensured employees were paid on the first of every month- an unthinkable proposition in the past.

While 192 out of 210 delegates from the two states of Bihar and Jharkhand participated in the event, there were also two ministers of the Nitish Kumar Cabinet present on the occasion.

Bihar’s Cooperation Minister Rana Randhir Singh inaugurated the AGM while agriculture minister Dr Prem Kumar was the chief guest. Twenty out of 22 Chairmen of DCCBs of the state were present on the occasion. They were

Lauding the role of Biscomaun in general and its robust mechanism of urea distribution in the state in particular, the ministers wanted Biscomaun to take up other crucial assignments for the state such as procurement of oilseeds and pulses.

The ministers are said to have regretted that the state govt could not lend enough support to the co-op body. “Despite us you have done wonderfully well”, was the purport of their speeches, said Biscomaun Chairman Sunil Singh to Indian Cooperative.

The Chairman in his speech credited IFFCO for what Biscomaun could achieve so far in the field of urea-distribution. The credit goes to Dr U S Awasthi, MD of IFFCO who allowed us to have fertilizer on credit and thus we could do business, said Sunil Kumar Singh, who ironically is on the Board of Kribhco.

Giving details of the Financial year 2018-19, Sunil said Biscomaun has earned a profit of Rs 16 crore. “Mind you, it’s a big figure if you know the history of decline of Biscomaun in the past”, he told the audience.

Biscomaun has done a retail business of Rs 375 crore through hundreds of its sale counters spread across the two states, said the chairman. “And we guarded the price-line of Rs 265 like a zealous sepoy, forcing black-marketeers out of the market”, he added.

The 3-4 hour long proceedings of AGM had audience glued to the seats as Sunil claimed that only AGMs of IFFCO and Kribhco could be better than this. Patting himself on the back Sunil said that when he had joined Biscomaun it had only Rs 16000 in its accounts and today it boasts earning a profit of Rs 16 crore!

He also touched on the PF issue and asked if it had just Rs 16000 in its account how could it do a PF scam of Rs 22 crore?

With the Biscomaun entire board in attendance Sunil touched upon other vexatious issues as well and said those temporary staff members who are asking for regularization need to show some patience. “We are working hard to make Biscomaun financially strong and would need another 3-4 years to come out of the woods”, he stated.

He also promised to be able to give dividends to share-holders sooner than later. 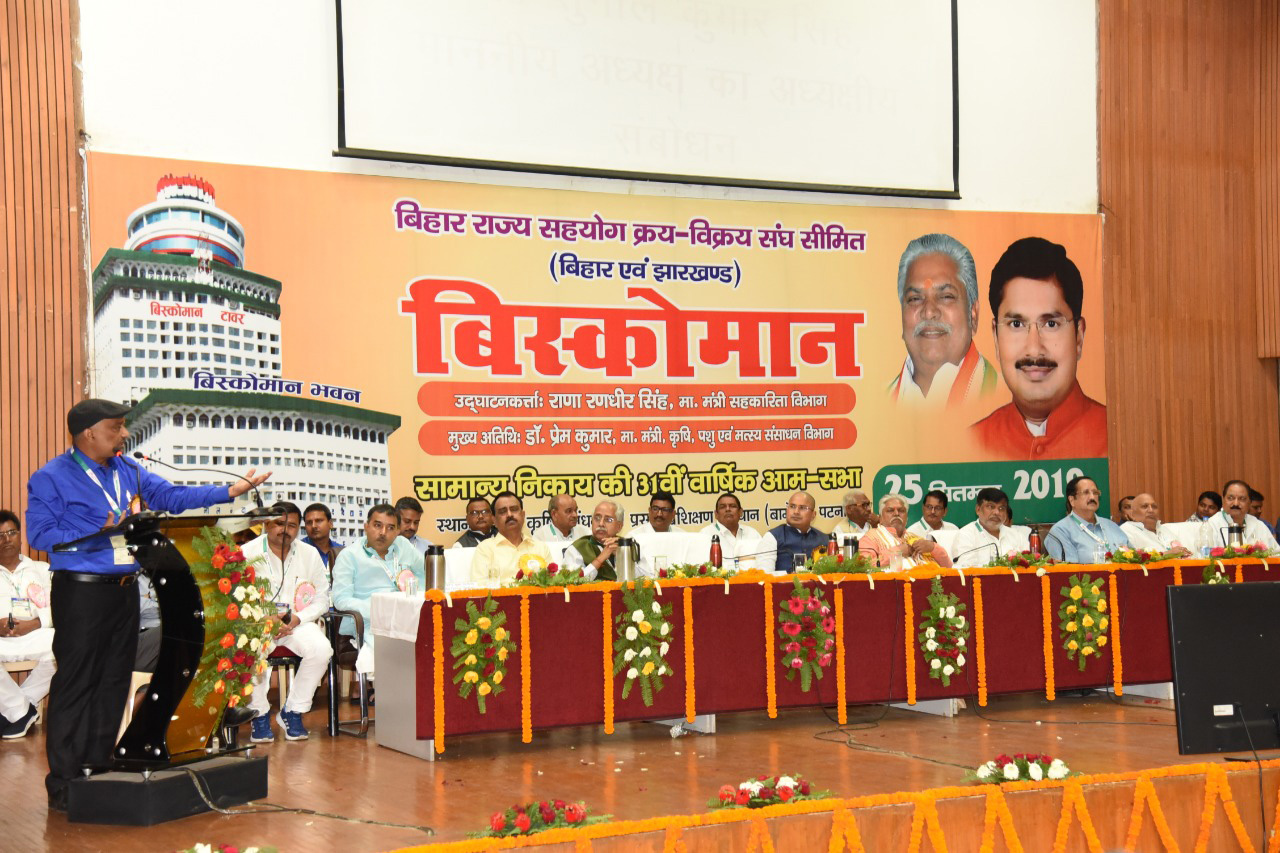