Amreli, a district in Gujarat turned into a global capital of cooperatives on Wednesday when thousands of cooperators assembled in the town to participate in the Valedictory Function of the Cooperative Week, being celebrated across India.

Almost all the cooperative bodies of the towns including co-op banks, co-op dairies, co- unions took part in the event, raising the presence of participants to more than 10, 000, said Dileep Sanghani the host of the show. “I and MOS Parshottam Rupala are the guardians of the mega event”, added Sanghani, a school mate of Rupala.

The event which was inaugurated by state Chief Minister Vijay Rupani also saw the presence of all the top leaders of the movement who had come to Amreli from different parts of the country. If NCUI was represented by its President Dr Chandra Pal Singh Yadav, Bijender Singh and G H Amin, IFFCO was represented by its MD Dr U S Awasthi and Yogendra Kumar, among others.

Representatives of various co-op federations had come including the Bihari babu, said Sanghani referring to Sunil Singh, Biscomaun Chairman. Sahakar Bharati was also represented by its Patron Jyotindra Mehta. “I had also 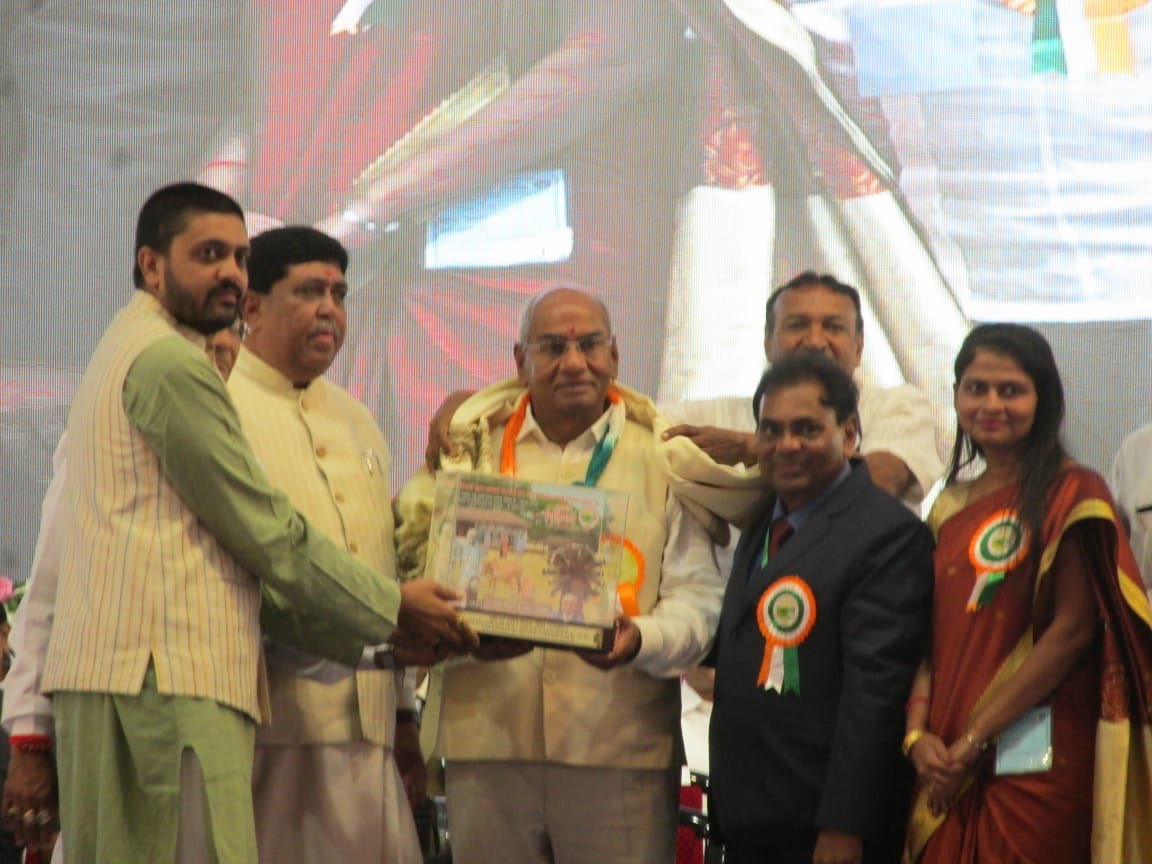 invited Satish Marathe who somehow could not make it”, informed Sanghani.

Speaking on the occasion Chief Minister Vijay Rupani said the cooperation sector is a blessing for the farmers and the poor. Mahatma Gandhi’s principles of trusteeship can only be realized through coordination in the field of cooperation.

Chief Minister Rupani also reiterated that the state government is concerned about the loss of maize and government will provide relief to all the farmers who have suffered. “Even farmers who did not get crop insurance need not worry about it as we are working on the plans to make up for the losses”, he assured.

Speaking on the occasion MoS Parshottam Rupala said that the govt is working in the interest of the farmers and cooperatives are a credible medium for the same. “We have concrete plans for farmers’ issues”, he added.

The event had multiple themes as it tried to touch upon every thing relevant today. Sanghani said we are 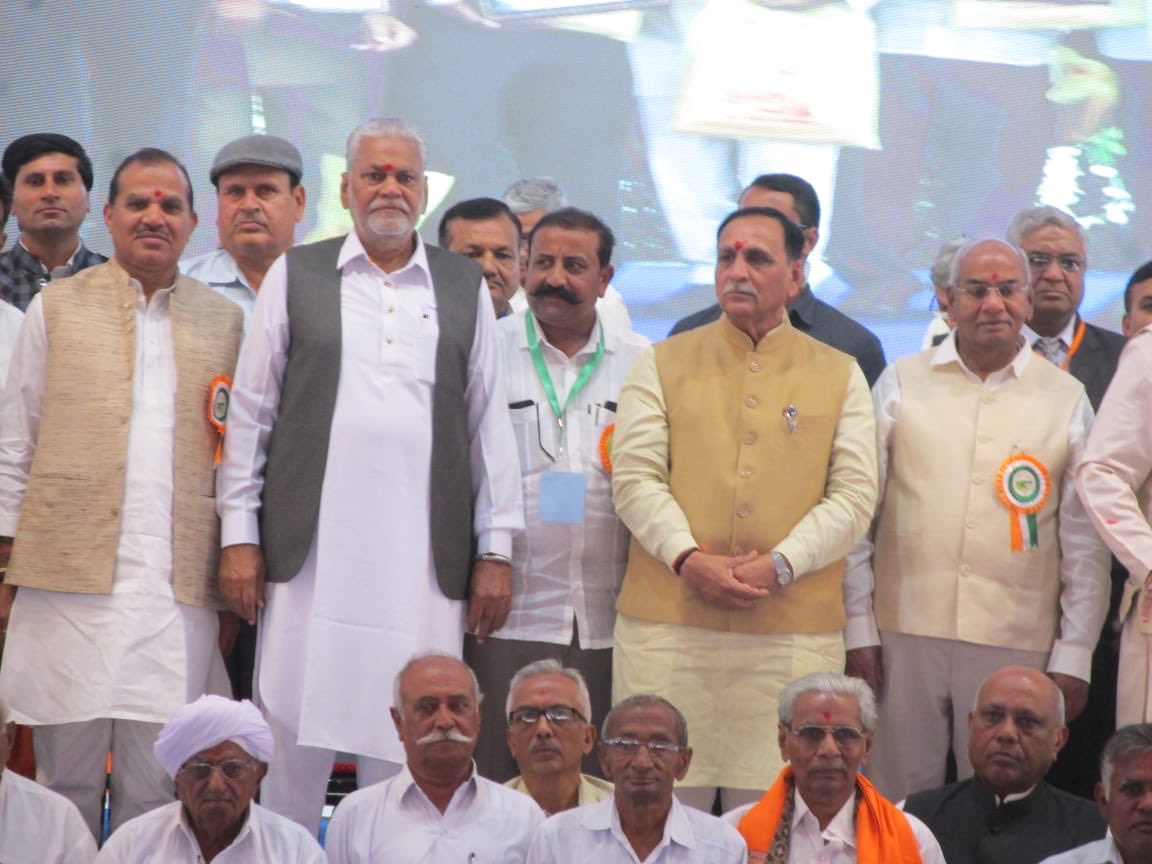 celebrating the “150 anniversary of Gandhi and the relevance of Cooperative”. The other themes of the program, he added, are “Sardar Patel se Swet Kranti tak, Dendayal Upadhyay and Antodaya and lastly PM Modi’s Sabka Sath and Sabka Vikas”.

The event also saw the bestowing of the Sahakarita awards on cooperators in three categories. “It is for the first time that the co-op sector is recognizing one’s contributions on the basis of number of years one has put in, in the sector and we are awarding those who have put in more than 25 years as well as those elderly co-operators who are 90 plus, said Sanghani.

On the occasion IFFCO MD Dr U S Awasthi was also felicitated. A humbled Awasthi wrote on social media “Glad to share that today, I was felicitated during “Sahakar Parisavad” on the occasion of the 150th Anniversary celebrations of Mahatma Gandhiji & National Cooperative week at Amreli, Gujarat in the presence of senior cooperators & farmers. 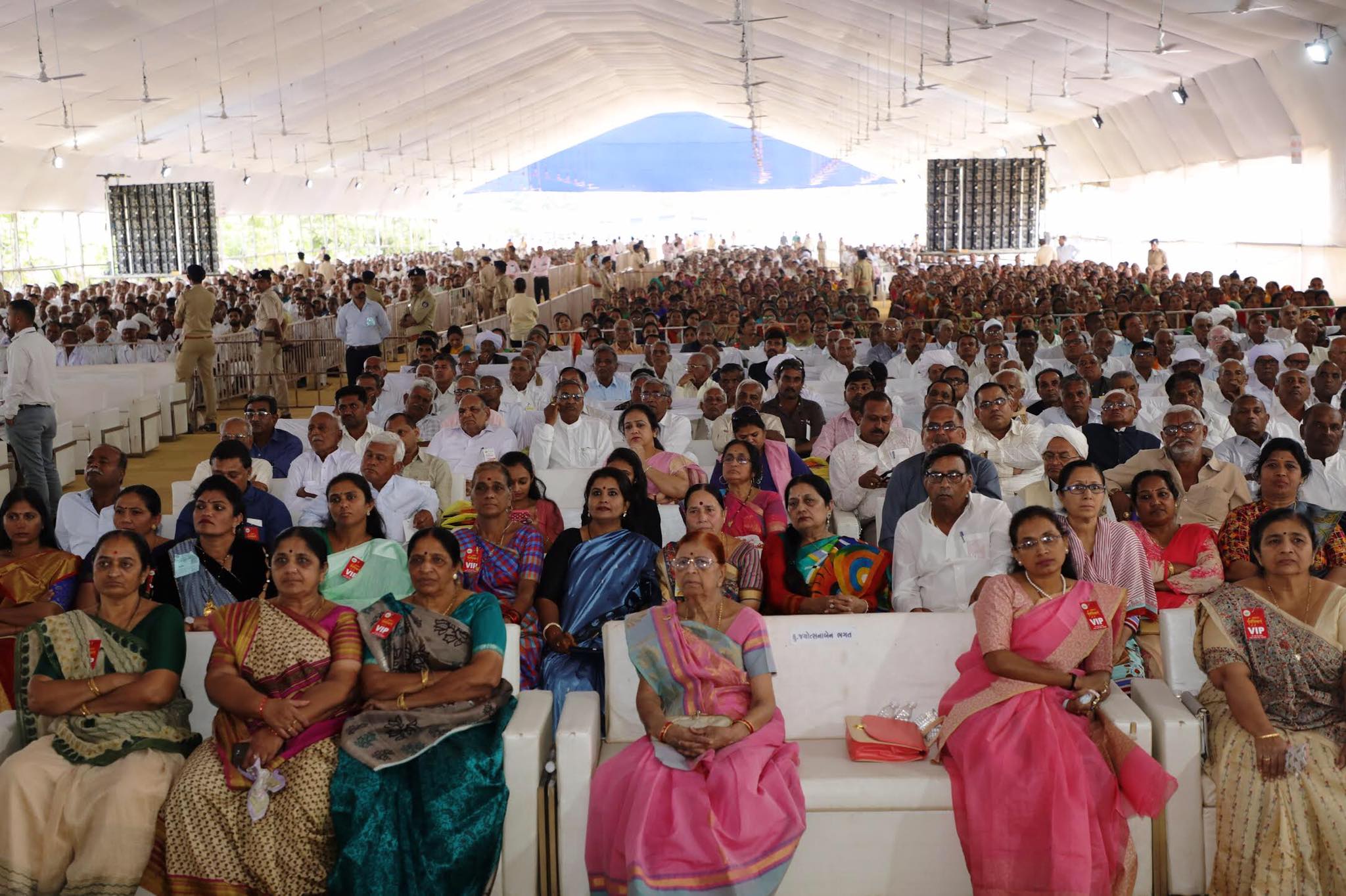