I don’t have money to buy medicines: Chauhan

by Staff Reporter
in From States
8

One of the depositors Ashok Chouhan recently approached the Supreme Court of India with a Public Interest Litigation (PIL) petition seeking his hard-earned money back from Adarsh Credit Cooperative Society. His petition has been registered in the Supreme Court, claims Chauhan.

In a telephonic communication with Indian Cooperative correspondent Chouhan said, “I have written letters to everyone from President to Prime Minister to State Chief Ministers to CBI to ACB and other concerned authorities and ministries but no response has been received so far. Over one crore investors are helpless”, he lamented.

”I am not physically well and I don’t have the money to buy medicine. But my grievance has been registered in the Supreme Court and it is in the process. I hope that the SC will understand our situation, he added.

Besides, both the houses of Parliament have passed the Banning of Unregulated Deposit Schemes Bill, 2019 which seeks to put in place a mechanism to protect gullible investors from being duped by Ponzi Schemes and ensure they get back their hard-earned money.

The arrested founder chairman of Adarsh Credit Co-op Mukesh and his family members are alleged to have run Ponzi schemes and floated several fake companies to which they diverted Rs 8400 crore. The Economic Wing found instances of a blatant fund diversion to private persons’ accounts. 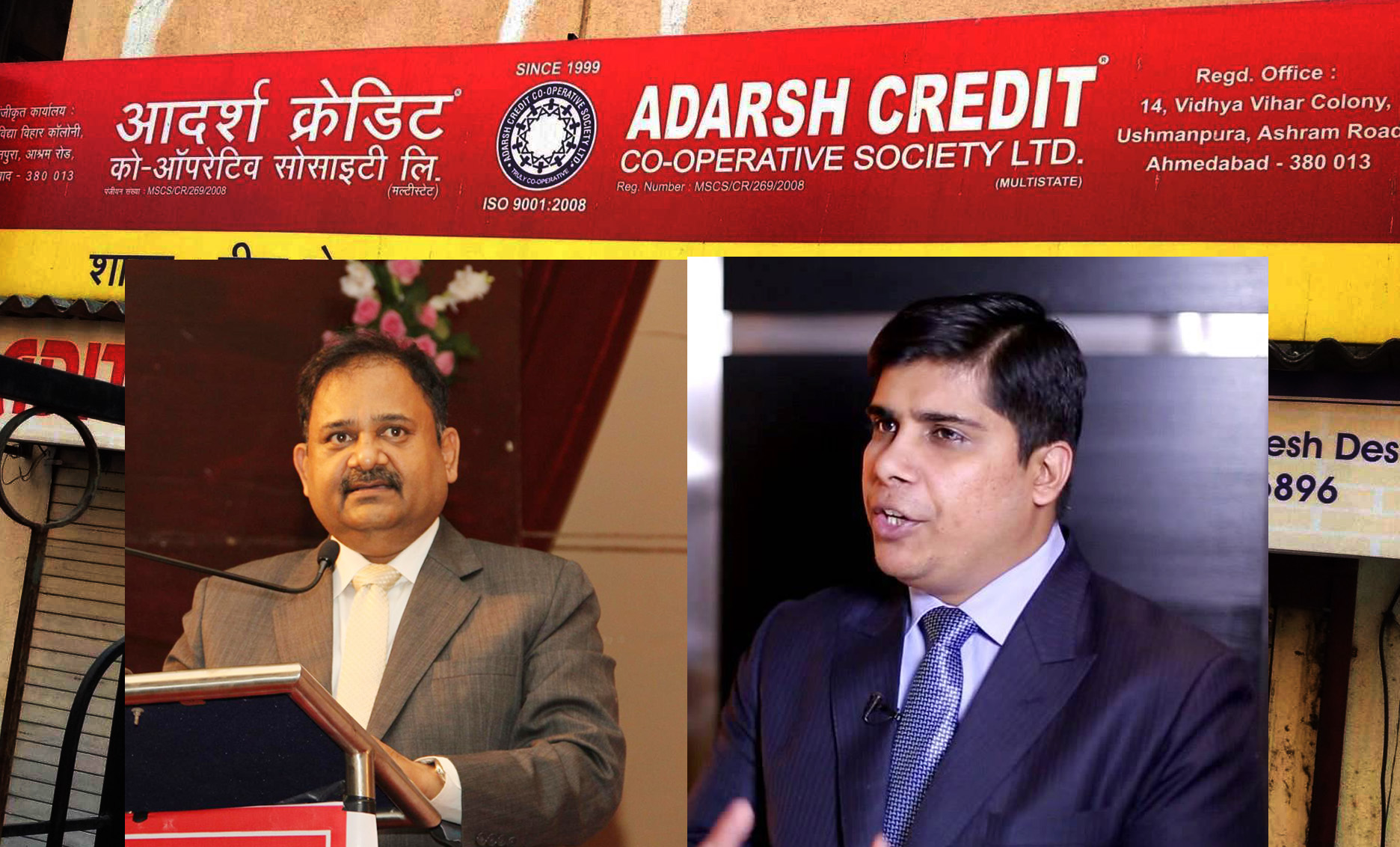 Mukesh Modi, the man behind Adarsh is said to be a member of BJP and RSS. It is also being rumored that he fell out with the BJP strongman Amit Shah, who, some conjecture, got the current action initiated against him.

Whatever the truth, the fact remains that the investors are forced to run from pillar to post to get back their hard-earned savings.

While Ahmadabad based liquidator H S Patel is working on the process of liquidation of Adarsh Credit, the Central Registrar office has no update on the matter. Its website merely says” Liquidation underway”, leaving lakhs of investors uncertain about their future.