by Rohit Gupta
in Fishcofed
0

As soon as FISHCOPFED Chairman T Prasad Rao Dora landed at Bhubneswar’s Biju Patnaik International Airport, he got a warm welcome by a huge number of cooperators waiting for him for hours at the lounge of the airport. Dora was declared elected unopposed as the Vice-Chairman of the International Cooperative Fisheries Organization (ICFO), which is the Global Cooperative Institution of Fishers.

He was soon drowned with garlands which nearly choked him, said an eyewitness. The apex body of fisheries cooperative in India FISHCOPFED Chairman T Prasad Rao Dora was elected during the Global Conference and General Assembly Conference of ICA at Kuala Lumpur in Malaysia last week.

Dora has replaced FISHCOPFED Managing Director B.K.Mishra who had been the Vice-Chairman for 8 years.

Several of Dora followers wrote congratulatory messages on the social media. Dora got elected to this global body at 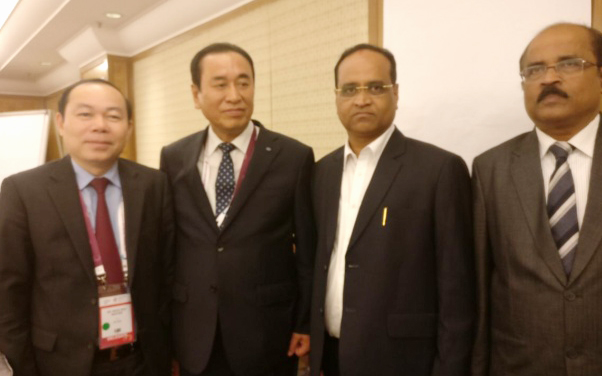 the Global Conference & General Assembly Conference which was conducted by ICA at Kuala Lumpur in Malaysia on Tuesday.

Sources add that as South Korea government allocates huge fund for the development of International Cooperative Fisheries Organization (ICFO) it always manages to win the top post of ICFO presidentship.