by Rohit Gupta
in Featured, Fertilizer
0

Organised jointly by both the Ministries before Kharif and Rabi season each year with the help of State Governments, the programme aims at disseminating knowledge to farmers on optimum usage of fertilizer nutrients based on various parameters to sustain agricultural productivity and to make farmers aware of new developments in the field of fertilizer usage and management.

Addressing the huge gathering of farmers, Tomar said today is a historic day for thousands of farmers present at Pusa and at the 714 Krishi Vigyan Kendras across the country who are watching the event live on a topic that is very pertinent and touches the lives of all citizens.

He said the focus of Prime Minister Narendra Modi has been on gaon, gareeb and kisan. He is constantly worrying about increasing the productivity of farmers. And every part of his government including all officers work in that direction.

He said that 50% of the entire population is dependent on agriculture for sustenance but all people are depending on it for its food needs and therefore production, productivity and sustainability needs to be further improved. He emphasised that soil needs a balanced diet of Fertilizers, Micronutrients and Chemicals and too much of any can spoil the land and therefore it needs to be used optimally.

Union Minister for Chemical and Fertilizers D. V. Sadananda Gowda in his address to farmers welcomed all the farmers and said though he is not very good in Hindi, he will for the first time attempt to address all in Hindi.

Gowda said that agriculture remains the mainstay for livelihood of rural India and fertilizers are the most vital inputs for agriculture to meet the food production requirement for the country. Gowda emphasized on proper conservation of soil as it is important for achieving the goal of food, nutrition, environmental and livelihood security. He urged for prompt conservation & management of soil to improve its sustainability.

The Union Chemical & Fertilizer Minister mentioned about the various Urea and Nutrient based subsidies that are being offered by the Government of India on the phosphatic and potassic fertilizers. He also stated that with an aim to overcome the deficiency of micronutrients like zinc and boron, an additional subsidy is being given on the fertilizers coated with zinc and boron. Shri Gowda urged various Departments along with ICAR Institutes and Agricultural Universities to contribute towards increasing and maintaining agricultural productivity.

Parshottam Rupala, Union Minister of State for Agriculture and Farmers’ Welfare applauded the initiative for providing a platform for farmers to increase their awareness about the right use of fertilizers. The Minister urged to dub/translate various agriculture-centric documentaries and films in the local and regional languages for the benefit of farmers across the nation. He said that this initiative would help the farmers more effectively. 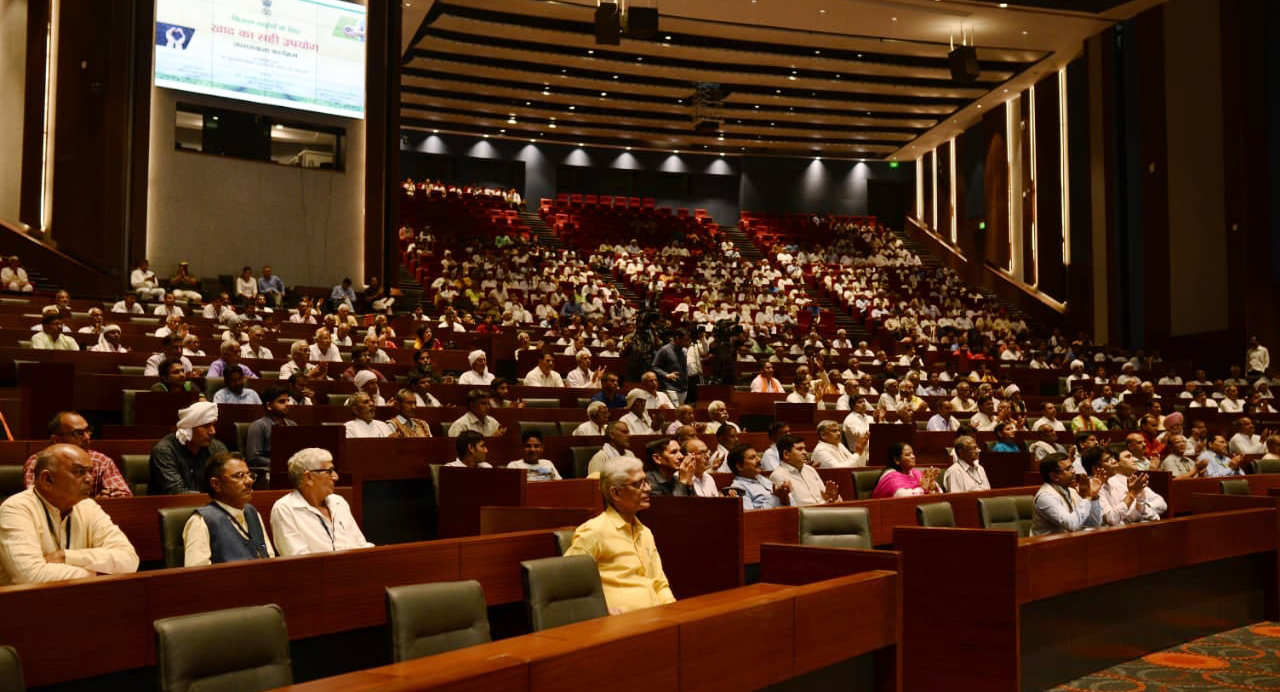