Addressing National Credit and Urban Co-operative Banking Summit-2019, in Ahmedabad, Gujarat chief minister Vijay Rupani said cooperative banks have to equip themselves with modern digital technology so as to face the challenges In the future. Rupani was also all praise for cooperative banks’ contributions towards the development of the nation.

He further stated that the Co-operative Bank play a vital role in the economic development of the nation. “Shri Narendrabhai Modi, Hon’ble Prime Minister of India, has set a target for 5 trillion economic growth and a significant contribution is expected from the cooperative sector in achieving this target”, said Rupani.

“Today the use of technology has become inevitable when there are platforms like Social Media, Google, WhatsApp etc in the world today. The state of Gujarat has always remained a role model. The Cooperative sector is playing a prominent role as the state is fast developing”, he stated.

This kind of technological awareness programmes and such seminars are need of the hour and Ghanshyambhai Amin deserves all the credit for organising such an event, Rupani said lauding Amin.

While presiding over the summit, Ghanshyam Amin re-echoed Rupani’s views and called on the the cooperative sector to adopt the latest technology to ensure their banks developed on modern lines. 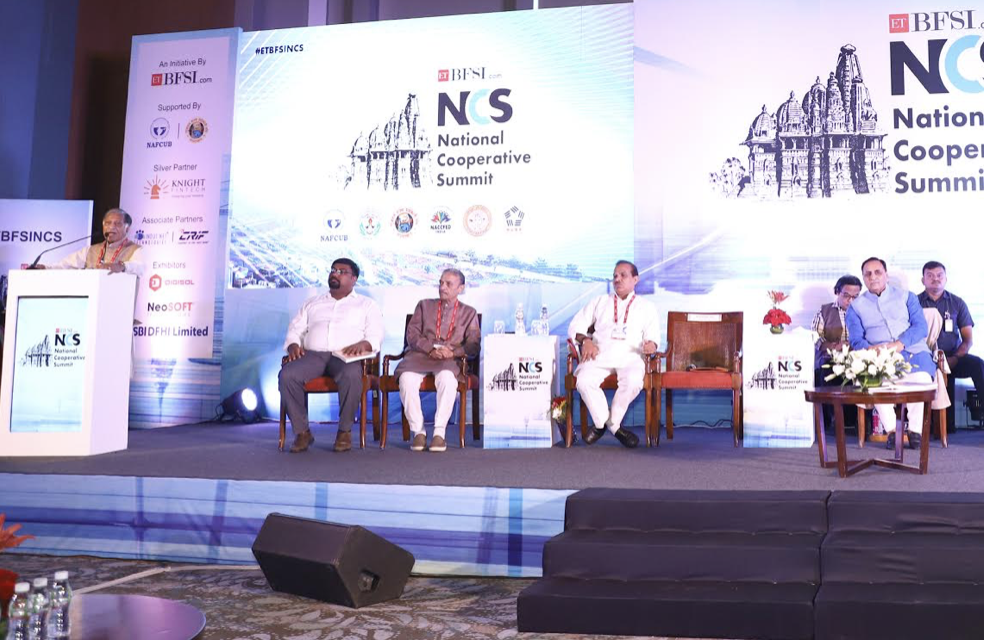 Speaking on the occasion as the chief guest of the summit, NCUI president Chandrapal Singh Yadav said Gujarat the leading state in terms of diffusion and achievements of cooperatives. It has been the model to the rest of the country. Highlighting the importance of cooperative activities in India’s economy Singh said there are about 1500 Co-operative Banks as well as 95,000 Primary Co-operative Societies across the country.

Congratulating the organisers Dillipbhai Sanghani, Chairman of NAFSCOB and the guest of Honour of the function said progress and transformation is the natural trend of human society. He stressed the crucial role of technology in the cooperative banking sector.

Scores of experts also enlightened the delegates of the Summit on the latest technological innovations. Dr. Rajendra C. Trivedi, Executive Officer of Gujarat State Co-operative Union moved a vote of thanks. 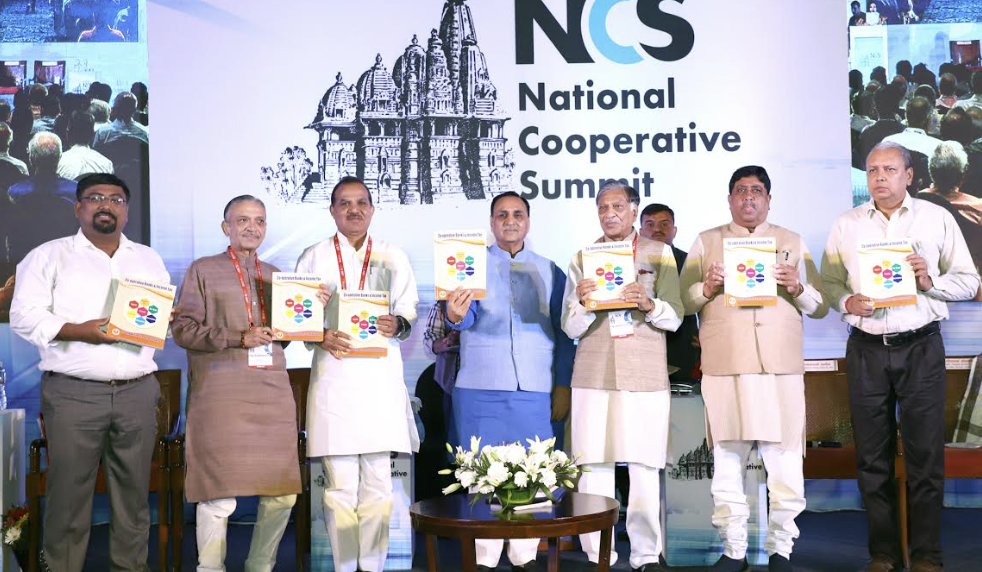