by Ajay Jha
in Featured, Fishcofed
0

Fishcopfed – the apex body of fishery cooperatives in the country has got into the spotlight with convergence of Group Accident Insurance Scheme with Pradhan Mantri Suraksha Bima Yozana(PMSBY) to be implemented through the cooperative for the fishery sector.

Talking to Indian Cooperative Fishcopfed MD, B K Mishra said “The Centrally Sponsored Group Accident Insurance Scheme implemented through Fishcopfed, Delhi is being converged with PMSBY w.e.f 1st June 2017. The FISHCOPFED has been identified as the nodal agency by the Govt. of India to implement the Scheme for the fisheries sector.

“Today in a special function at Fishcopfed, we have handed over the premium cheque to the DGM of Oriental Insurance Company Limited. Since the premium is drastically reduced to Rs.12/- per fisher per year with central share of 50%, more fishers of the country shall be immensely benefited”, he said.

The premium amount of fishers will be settled only through the apex body instead of Auto Debit from the bank. Later on at the time of claim settlement we will inform the Oriental Insurance Company, Mishra said.

When I joined as the CEO in 2006 of the apex body of fishery cooperatives there were only 10 to 12 lakh fishers covered under the scheme but now FISHCOPFED is covering over 42 lakh fishermens of 23 states and 5 UTs and Odisha is the first state of the country to cover about 12 lakh fishers.

Mishra said there are 90 lakhs active fishermen in the country but apart from 42 lakhs fishers, we would like to link more than 40 lakhs fishers with this scheme if Government should give us fund to organize training camps, seminars, workshops to educate them, he remarked. .

Readers would recall that about two crore in the form of service charge of 5 years has been pending before the government which is affecting the balance sheet of beleaguered cooperative. Mishra hope that some amount of service charge will be settled soon.

Earlier FISHCOPFED had conducted one day awareness programme for fish sellers in Delhi during Swachhta Pakhwada under the Swachh Bharat Mission and acquainted them with the latest in hygienic handling of fish, fish spoilage, processing and preservation techniques etc.

FISHCOPFED is the apex body of fishery cooperatives in the country having 18,000 member societies with about 30 lakh members. 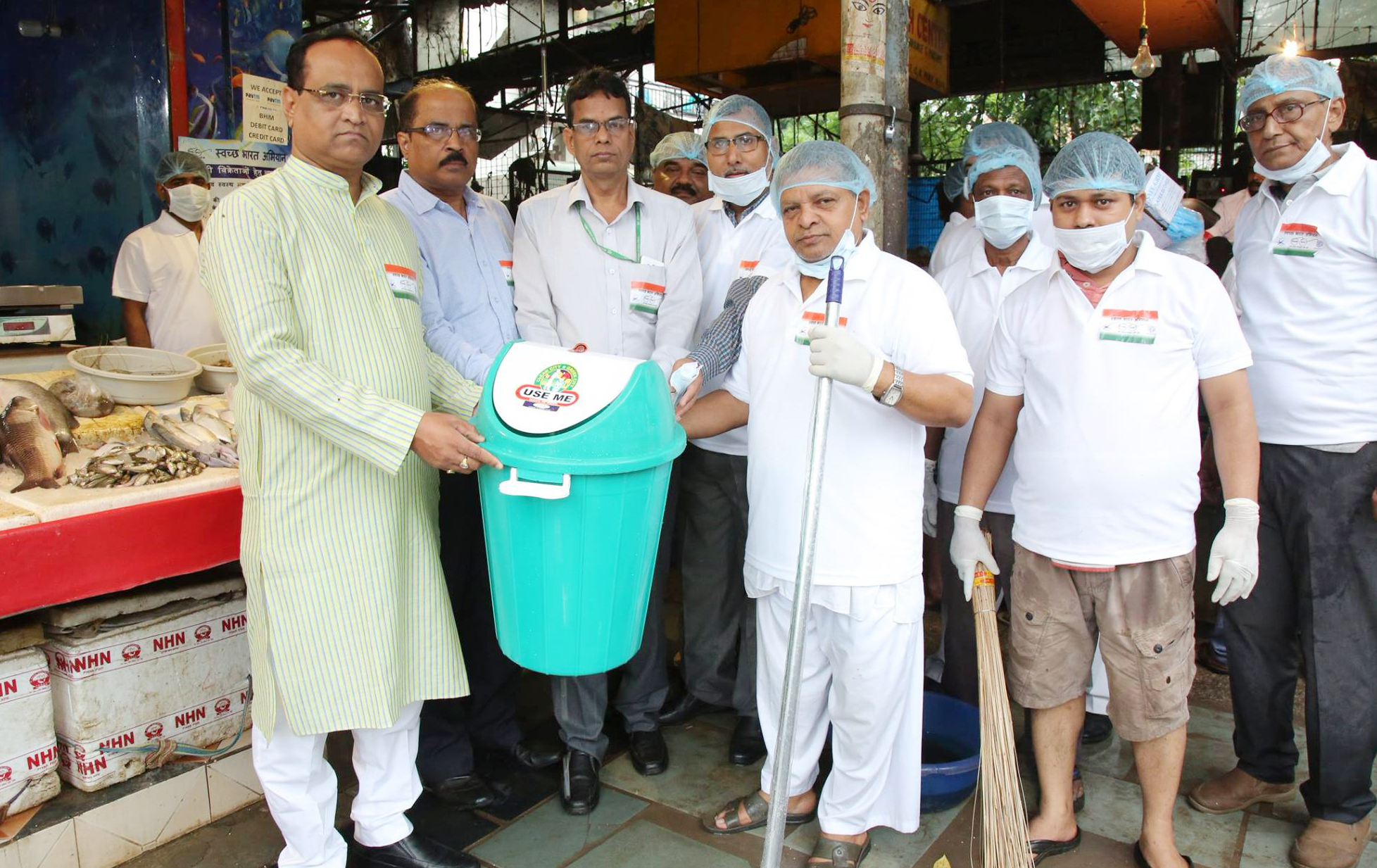