by Ajay Jha
in Featured, NLCF
0

Tuesday did not prove lucky for the long-reigning MD of the apex body of national cooperatives NLCF Mr R M Pandey as the Board in its meeting decided to say him goodbye. Pandey ruled the roost in NLCF as Executive head for close to 17 years. Mrs Pratibha Ahuja the next person in hierarchy has been made officiating MD by the Board.

Mrs Ahuja who joined with R M Pandey way back in 1982 as Assistant Director is said to be senior to the latter at the time of joining but she possibly lacks the “knack” that makes one rise rapidly in the bureaucratic echelons.

By contrast, beginning his career as a lower division clerk Pandey is said to have secured 8 promotions in a span of 35 years. He also got double promotions at times due to his intense engagement with the Ministry officials as well as Chairman of the cooperative federation, said a junior working under him and having grudge against the MD for bringing the Federation to such a pass.

In a labour surplus country like ours he could bag no contract and we had no job to perform. The future of NLCF began to grow uncertain as the govt grants dwindled. It was due to the proactive measures taken by the Chairman that we are still in business, said the junior on condition of anonymity.

Pandy would have continued even then but for his role in the last election in which he is said to have hobnobbed with the opponents of Sanjiv Kushalkar, the Chairman. Kushalkar could not be uprooted as he has had a firm grip over the labour cooperative movement. His father and elder brother were the chairmen of the federation in the past and they nurtured him for leadership -a role no one can deny him. But Pandey’s days indeed got numbered. 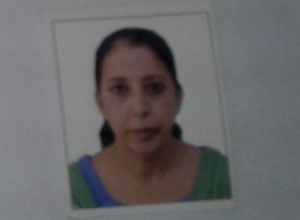 Kushalkar would not admit it but he did bide his time and waited for the opportune moment. Usually cooperatives give extension to their MDs at least for once but this was not the case with Pandey. It is surprising all the more as he had not been getting any salary for the last two years and continuing with him would have been no big deal.

Ashok Dabas however defended the Board decision and said “the meeting took place in a congenial atmosphere. MD may be taken as Consultant later. Our finances are tight and quality manpower is the need of the time. We have a very competent Chairman in Kushalkar”, he stated.

Besides, Kushalkar and Dabas those present in the meeting included Ramesh Ramhut, Amit Bajaj, Govt Nominee Ram Kumar Shukla, Narendra Rana and V P P Nair. Even Pandey was allowed to sit through the proceedings that sealed his fate.