Kundariya joins Nafed board, to become its Vice-Chairman

Sanghani resigns as Vice-Chairman to pave way for Kundariya

Mohan Kalyanjibhai Kundariya, a former Union Minister of State for Agriculture and Farmer Welfare who played a crucial role in the revival of NAFED as Minister, has been appointed to the Board of Nafed.

The Co-op byelaws allow the Board to appoint a person to its board and Kundariya was appointed replacing the son of former Chairman V R Patel. Interestingly, both Kundariya and Patel belong to the political epicenter of Morbi, representing BJP and Congress respectively.

“I am already Chairman and Vice-Chairman at two places and respecting the multistate co-op act I decided to resign from Nafed Vice-Chrairmanship. I would continue to be on its Board and would render my services as in the past”, Sanghnai who came to Delhi on Tuesday to attend a house-warming party of MoS Parshottam Rupala, said on phone.

Kundariya who played active role in the revival of Nafed, however, had no easy path to the Nafed board. Informed sources say the current leadership of Nafed had to really work hard to make this happen.

The matter related to V R Patel’s obstinacy who was not willing to vacate a seat for Kundariya. Readers would know that V R Patel’s family had been grabbing two seats on the Nafed Board- one for himself and the second one for his son.

But when the matter came to a head, fearing reprisal from the BJP govt at the Centre, Patel was pursuaded by the current leadership to vacate his son’s seat. Observers say the parallel fight for the Nafed board seat was also being enacted in the Morbi district of Gujarat where the two- Patel and Kundariya challenge each other’s political clout every now and then.

The current Nafed leadership did not wish to infuriate the Centre which played an unprecedented role in the revival of co-op behemoth. Bijender Singh, Nafed Chairman has himself said on record that though I am a Congressman it was the Modi govt which deserves all praise for reviving Nafed. Singh had been a Congress MLA from Nagloi in Delhi.

The story of NAFED making a turnaround and earning a profit of Rs 280 crore after tax this year was earlier covered in these columns. It was like a rise of the phoenix from the ashes, said many co-operators thanking Modi govt profusely.

It was also after a gap of many years that Nafed announced a dividend for the shareholders. “The Board has decided to give 12 % dividend which is sure to increase in the coming years”, announced Nafed Chairman Bijender Singh in the last AGM. 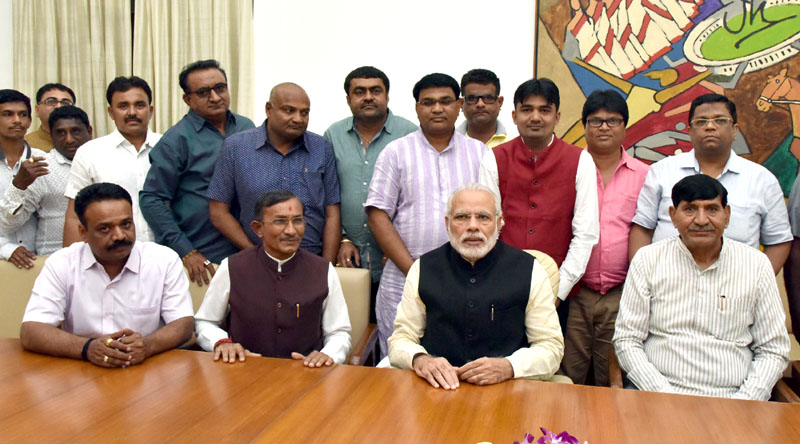