JKV multistate credit co-op society: How innocents are being fleeced

by Staff Reporter
in Cooperative Complaint Board, Featured, From States
0

This is the story of a hapless Naresh, one of the customers of JKV multistate credit co-op society operating in Sambhal district in Uttar Pradesh. As his complaint fell on deaf ears everywhere, he wrote a mail to us narrating his tale of woes caused by an unscrupulous multistate credit co-op society. We produce below his story in his own words so that the concerned authorities wake up and do the needful–Editor

As per discussion we had over mobile on Tuesday ( 20.03.2018)  evening, I would humbly like to Inform you that there was a Branch of JKV Multistate Credit Co-operative Society at Babrala in Tehsil: Gunnour, Police Station: Gunnour, at the house of Mr Rajkumar S/O Sita Ram at Chandousi Road Babrala District Sambhal (U.P). The registration number of this Society is MSCS /CR / 647 / 2012 with its registered office 225 Sahara Shopping Centre Faizabad Road Lucknow (U.P) – 226016.

The Chairmen for this Society is Mr Gyanesh Pathak, under whom Chairmanship various officer are duping money since a long time, after misleading / giving false statements / false temptation / deceiving / depriving of the persons from their legal right and etc.

The Branch Manager for this society at Babrala Branch at Tehsil Gunnour District: Sambhal, Mr Ankit Sharma, Zonal head for Aligarh Zone Mr R.L. Bhardwaj, D.G.M Mr Manish Kaushal, C.O.O Mr Vagish Misra, V.P Mr Praval Kaushik, Chairmen Mr Gyanesh Pathak and etc. misled me through the various meeting / booklets / pamphlets / other means of communications that the Society run by them can do the business amongst their member without any licence as per the Reserve Bank Of India and accept from their members in the form of F.D, R.D, Loam, Saving account / current account and etc. also. They all told that the society run by them makes the deposited money double within short time and returns within time without any problem.

Now at the time of maturity, when I applied for repayment of my hard earned money as per the term & condition/ 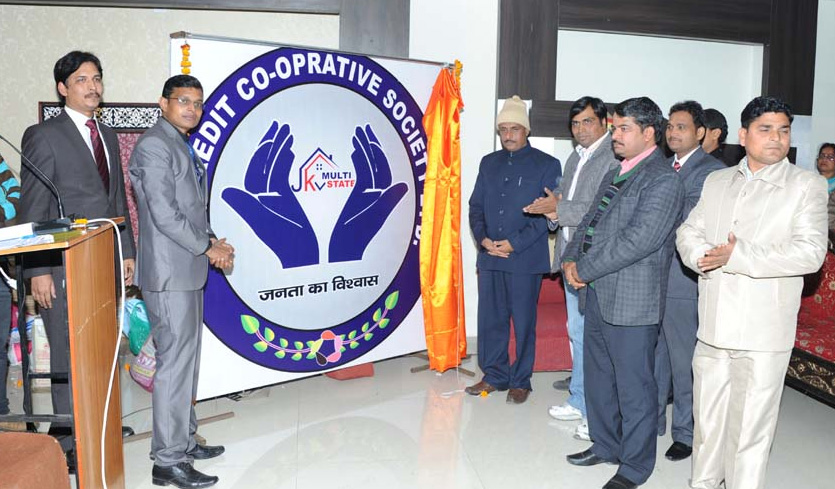 agreements / assurance / commitment and etc. made through the various means of communication as mentioned above, they turned a deaf ear and not returned my hard earned money which compelled me made so many written complaints against them. In spite of reminding them so many times in written and verbal about their commitments and etc.made by them before accepting deposits from me they did not return my hard earned money. They were reminded again and again by me that written complaint would be made by me against them before Police / Local Administration and etc. if they do not return my hard earned money as per the term and conditions / agreements / promises / assurances / written statements and etc. made by them before accepting deposits from me but they turned a deaf ear all the time.

Finally FIR was lodged against them at Police Station Gunnour in District Sambhal (U.P) under section 420 of IPC as per the instruction given by Honourable Nation Human Rights Commission New Delhi on a complaint made by me in this regard. Except to it they were directed to repay my hard earned money by the Ministry of Agriculture & Farmers Welfare / Department of Agriculture Cooperation and Farmers Welfare New Delhi also on the various complaints made by me in this regard.

After it, after harassing me a lot (After FIR and various written complaints against them), they repaid but not fully, my hard earned money after receiving original certificates of deposits, bonds and etc. from me BUT NOT BY FOLLOWING the term and conditions / agreements / promises / assurances / written statements and etc. made by them before accepting money from me. For the rest money they all are turning a deaf ear and had not returned the same till 21.03.2018 in spite of my so many follow ups.

Now it will be so kind of you if you do needful in this regards at the earliest so that I can have Justice timely as it is causing me high mental injury leaving me in a worse position than I was before.